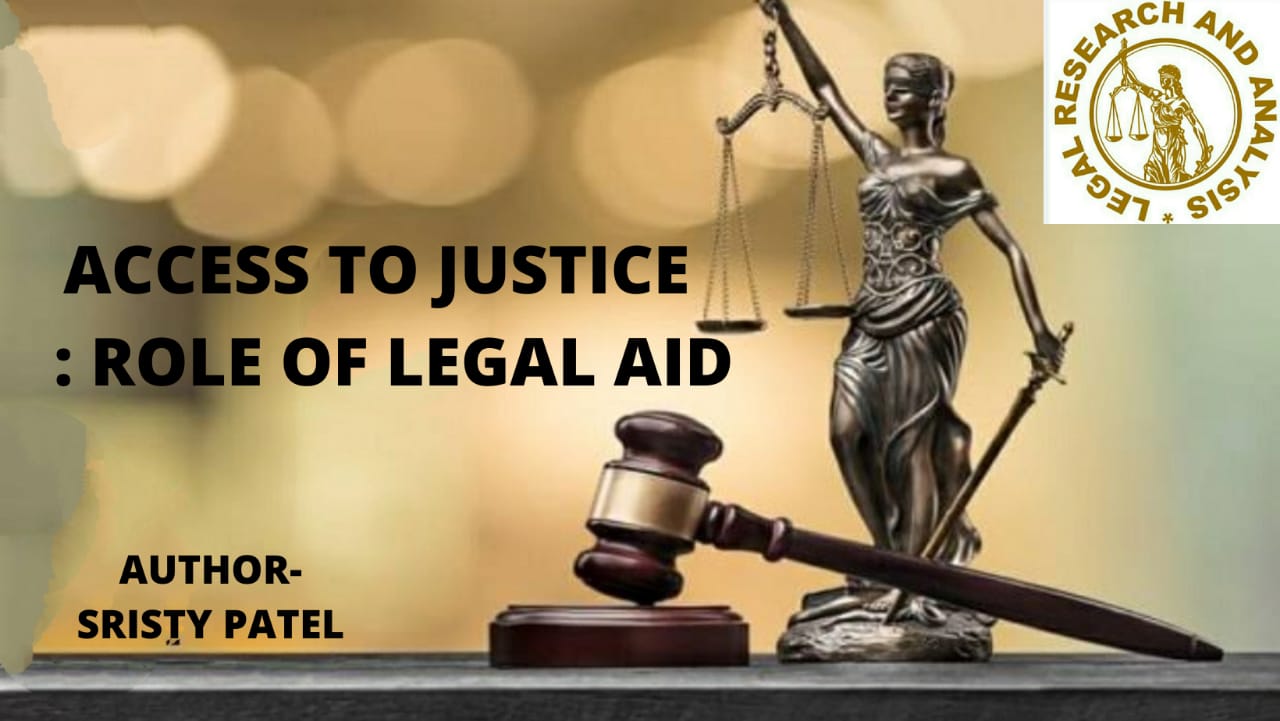 Continuous and permanent Lok Adalat has been established for all reasons of the districts in India. NALSA is providing and will continue to provide funds to state legal services authority for the purpose of implementation of the Legal Aids scheme and programs but the infrastructure must be provided by the state. NALSA wants to make sure that even the most vulnerable among vulnerable do not suffer injustice due to the actions of government or private individuals.

According to Article 39A of the Indian constitution[2], the state must ensure that the functioning of the legal system promotes justice, fairness on the basis of equal opportunity and particularly provides free legal aid by suitable legislation or schemes or in any other way, to ensure that opportunities for securing justice are not denied to any citizen by reason of economic or other disability. Article 14[3] along with Article 22[4] also guarantees a legal system that promotes fairness and justice based on the obligation to ensure equality before the law and equal opportunity for all. Legal aid aims to ensure that the promises of the constitution are fulfilled with satisfaction and enthusiasm and to ensure equal justice to the poor, oppressed, and weak.

Section 12 of the Legal Services Act 1987[5] sets out the criteria for providing legal services to qualified persons. Legal services authorities after examining the eligibility criteria of an applicant and the existence of a prima facie case in his favor provide him, counsel, at state expense, pay the required court fee in the matter and bear all incidental expenses in connection with the case. Those who receive legal assistance do not need to pay for the process because they are supported by a legal services authority.

NALSA has also suggested various state legal services authority establish legal aid cells in prison for the prisoners so that they can receive the prompt and effective legal assistance they deserve under section 12 of the legal services Act 1987 but only around 32-40 lakh people are benefited from Legal aid in the last three years which s appreciable but still a long way to go and there is also a doubt of the quality of services being provided to them. As it is the duty of lawyers to make sure that their client is presented without caring about financial issues.

As the constitution of our country follows the concept of ‘audit alter partem’ which means that both the parties in a case should be heard before arriving at a conclusion. In our country, there are far too many people who can’t afford or is unable to procure a legal representative to represent their cases in the court of law which is why the justice system provides a provision of legal aid that was introduced in order to help the helpless. These services of legal aid were essentially for those sections of society which are not self-sustainable in obtaining services of an advocate in order to conduct a case in front of court hence fighting for their justice but later on the is concept became essential to ensure that the rich do not get the upper hand in the court of law and they are on the same terms as any other person. Various other judges and jurists like justice P. N Bhagwati advocated for legal aid cells everywhere provided by the government so that justice is easily accessible to everyone.

This became necessary in India due to various reasons as first it would maintain order among chaos by keeping law above individual as there is a huge gap between the financial status of the people and this is a huge hindrance in providing justice as the rich people can easily pay the advocates fee and court fee and can hire the best lawyers but when it comes to poor people they can’t afford the advocates as well as court fees which makes them suffer in seeking justice as Justice Blackmun said “Money plays no role in seeking justice” so therefore it is step towards making the legal service serve the poor and the deprived and judiciary has taken active interest in providing legal aid to the poor and weak for the preservation of rule of law which is necessary for the existence of the orderly society.

The main aims of legal aid to provide access to justice by ensuring equality before the law, the right to counsel and the right to fair trial. Equality before the law also known as equality in the eyes of the law is the principle under which all people are subject to the same laws of justice that the law and the judges must treat everyone equally before the law regardless of their race, gender, gender identity, national origin, colour, ethnicity, religion, disability, or other characteristics without privilege, discrimination or bias.[6] Right to counsel states that the defendant has a right to have the assistance of counsel and if the defendant cannot afford the lawyer, requires that the government appoint one or pay the defendants legal expenses. Right to fair trial which is stated under article 10 states that “everyone is entitled in full equality to a fair and public hearing by an independent and impartial tribunal, in the determination of his rights and obligations and of any criminal charge against him”

It is the duty of render or advocates regarding legal aid as it is stated in Rule 46 of section VI of chapter II of part VI of Bar Council of India Rules that every advocate practicing law should bear in mind that any one in genuine need of a lawyer is entitled to legal assistance even though he/she cannot pay for it fully or adequately and that within the limits of an advocates economic condition, free legal assistance to the indigent and oppressed is one of the highest obligation and advocate owes it to society.

Legal aid is not a charity or bounty but is an obligation of the state and right of the citizens and the prime object of the state or the country should be to provide equal justice for all. And as it seems that the country is still lagging on legal awareness and many people still don’t have any idea about it and in the absence of legal awareness which leads to exploitation and deprivation of rights and benefits of the poor. Legal awareness needs to be spread more for better access to justice.

Surprise
0 0 %
Article Tags:Free legal aid to all by state

2 thoughts on “ACCESS TO JUSTICE: ROLE OF LEGAL AID”