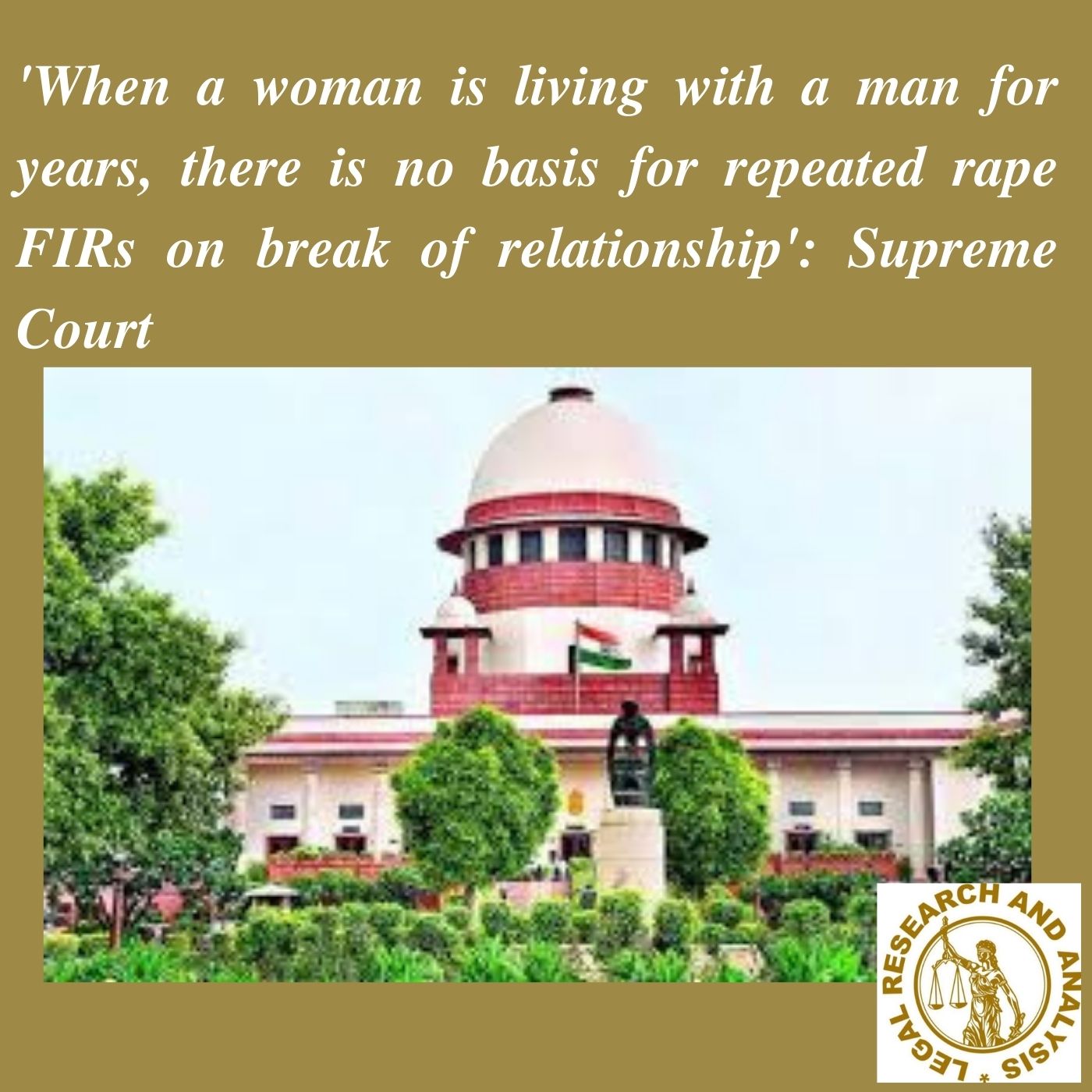 Commenting that where a woman is voluntarily living with and having a relationship with a man, and if the relationship is not going on now, she may commit rape on the same woman repeatedly (Section 376(2)(n) cannot be a ground for registering an FIR, the Supreme Court on Thursday granted ex-arrest bail to a person accused of rape on failure to fulfill the promise of marriage, in a relationship in which A child was also born.

The Court recorded the order, …

The complainant has voluntarily been with the appellant and had a relationship. Therefore, now if the relationship is not going on, it cannot be a ground to register an FIR for the offense under section 376(2)(n) IPC).”

A Bench of Justices Hemant Gupta and Vikram Nath was hearing an appeal against the Rajasthan High Court’s May judgment dismissing the appellant’s anticipatory bail plea for offenses under sections 376(2)(n), 377, and 506 IPC. was done.

The High Court in its order said,

“It is an accepted position that the petitioner had entered into a relationship with the complainant on the promise of marriage and because of their relationship, a girl child was born. Therefore, the petitioners are to be released on anticipatory bail in view of the gravity of the offense. I do not consider it a suitable case.

In view of the said fact, the Bench observed that the complainant was voluntarily living with the appellant and had relations.”

“Therefore, now if the relationship is not going on, it cannot be a ground for registering an FIR for the offense under section 376(2)(n) IPC.”

Consequently, the bench allowed the present appeal and set aside the order of the High Court, which had ordered that the appellant be released on bail to the satisfaction of the competent authority.

️As recorded in the impugned order of the High Court, the counsel for the petitioner (appellant before the Supreme Court) submitted that the petitioner has been falsely implicated in the matter and the present complaint has been filed with false facts; that the complainant and the petitioner were living in a relationship since 2015;

On the other hand, the Public Prosecutor as well as the counsel for the complainant had opposed the arguments made by the petitioner and submitted that the complainant had taken divorce from her husband and was in a relationship with the petitioner as she married him. promised to do. He further said that because of this relationship, a female child was born. Arguing that the DNA test also required custodial interrogation of the petitioner, he prayed that the anticipatory bail application is dismissed.

Case: Ansar Mohammad Vs State of Rajasthan and Others