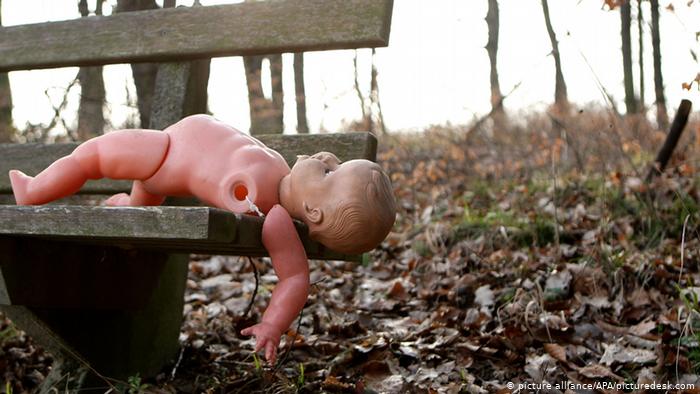 Child sexual abuse laws in India have been enacted as part of the child protection policies of India. The Parliament of India passed the ‘Protection of Children Against Sexual Offences Bill (POCSO), 2011’ regarding child sexual abuse on 22 May 2012 into an Act.[1][2][3] The rules formulated by the government in accordance with the law have also been notified on the November 2012 and the law has become ready for implementation.[4] There have been many calls for more stringent laws.[5][6]

India has one of the largest population of children in the world – Census data from 2011 shows that India has a population of 472 million children below the age of eighteen.[7][8] Protection of children by the state is guaranteed to Indian citizens by an expansive reading of Article 21[9] of the Indian constitution, and also mandated given India’s status as signatory to the UN Convention on the Rights of the Child.

Law Before the 2012 legislation was passed

Goa Children’s Act, 2003,[10] was the only specific piece of child abuse legislation before the 2012 Act. Child sexual abuse was prosecuted under the following sections of Indian Penal Code:

However, the IPC could not effectively protect the child due to various loopholes like:

The Protection of Children from Sexual Offences Act

Offences under the Act

The Protection of Children from Sexual Offences Act, 2012 was enacted to provide a robust legal framework for the protection of children from offences of sexual assault, sexual harassment and pornography, while safeguarding the interest of the child at every stage of the judicial process. The framing of the Act seeks to put children first by making it easy to use by including mechanisms for child-friendly reporting, recording of evidence, investigation and speedy trial of offences through designated Special Courts.

The new Act[11] provides for a variety of offences under which an accused can be punished.

It recognises forms of penetration other than penile-vaginal penetration[12] and criminalizes acts of immodesty against children too. Offences under the act include:

The act is gender-neutral for both children and for the accused. With respect to pornography, the Act criminalizes even watching or collection of pornographic content involving children.[13] The Act makes abetment of child sexual abuse an offence.[14]

It also provides for various procedural reforms,[15][16][17][18] making the tiring process of trial in India considerably easier for children. The Act has been criticised as its provisions seem to criminalise consensual sexual intercourse between two people below the age of 18. The 2001 version of the Bill did not punish consensual sexual activity if one or both partners were above 16 years.[19]

A sexually abused child is considered as “child in need of care and protection” under Juvenile Justice (Care and Protection of Children) Act, 2015. [20] Police officer should therefore inform the Child Welfare Committee about every case under the Act within 24 hours. [21] CWC can appoint a support person for the child who will be responsible for psycho-social well-being of the child. This support person will also liaise with the police, and keep the child and child’s family informed about progress in the case. Reporting can be done through toll free number 1098. [22]

Contention around implementation of Protection of Children from Sexual Offences Act

The Act defines a child as a person under the age of 18 years. However, this definition is a purely biological one, and doesn’t take into account people who live with intellectual and psycho-social disability.

A recent case in SC has been filed where a woman of biological age 38yrs but mental age 6yrs was raped. The victim’s advocate argues that “failure to consider the mental age will be an attack on the very purpose of act.” SC held that the Parliament has felt it appropriate that the definition of the term “age” by chronological age or biological age to be the safest yardstick, rather than referring to a person having mental retardation. The court said while awarding maximum compensation to a rape victim who is 38 years old with a mental maturity of 6 to 8 years but rejecting the plea that the victim’s age should be taken not just in physical terms, but also take into account her mental age as well.

The victim suffers from cerebral palsy.[23][24]

Contradiction with the Medical Termination of Pregnancy Act, 1971

The Protection of Children from Sexual Offences Act was passed to strengthen legal provisions for the protection of children below 18 years of age from sexual abuse and exploitation. Under this Act, if any girl under 18 is seeking abortion the service provider is compelled to register a complaint of sexual assault with the police. However, under the Medical Termination of Pregnancy Act, it is not mandatory to report the identity of the person seeking an abortion. Consequently, service providers are hesitant to provide abortion services to girls under 18.

According to the Act, every crime of child sexual abuse should be reported. If a person who has information of any abuse fails to report, they may face imprisonment up to six months or may be fined or both. [25] Many child rights and women rights organisation has criticised this provision.[26] According to experts, this provision takes away agency of choice from children. There may be many survivors who do not want to go through the trauma of criminal justice system, but this provision does not differentiate. Furthermore, mandatory reporting may also hinder access to medical aid, and psycho-social intervention. It contradicts the right to confidentiality for access to medical, and psychological care.

Section 40 of the Act allows victims to access legal aid. However, that is subject to Code of Criminal Procedure. In other words, the lawyer representing a child can only assist the Public Prosecutor, and file written final arguments if the judge permits. Thus, the interest of the victim often go unrepresented. [27]

The law presumes all sexual act with children under the age of 18 is sexual offence. Therefore, two adolescent who engage in consensual sexual act will also be punished under this law. This is especially a concern where adolescent is in relationship with someone from different caste, or religion. Parents have filed cases under this Act to ‘punish’ relationships they do not approve of [28] This section has been amended by Supreme court judement that two citizens above age 16 can engage in consensual sex.