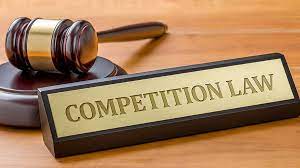 What is Competition Law?

The Competition Act, 2002 is a law that governs commercial competition in India. It replaced the erstwhile Monopolies and Restrictive Trade Practices Act, 1969.

The definition of ‘abuse of dominant position’, under Section 4 of the Act, 2002, as well as its link with the essential facilities doctrine, is relevant in this connection.

The doctrine should be dealt with in accordance with the principle of “refusal to deal”.

They are classified into two types:

Combination within the Competition Law is the merger of two or more firms or businesses. The Government controls mergers or combinations country-wide in order to promote minor industries and make sure that these small firms are not outshined or swallowed by reputed enterprises. The mergers of huge profit
firms not only make it difficult but also impossible for smaller firms to get to the mark or make profits.🎗