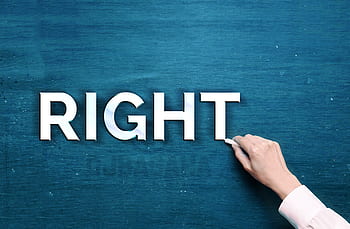 CRITIQUE OF MULTICULTURAL PERSPECTIVE UPON THE THEORY OF RIGHTS.

To begin with, conceptualizing the aspect of Legal Rights we must get into its core. The word “right”, means the combination of claims or titles, liberties, powers and immunities altogether. Its usage is unrestricted to a particular context. It comprises of rights such as fundamental rights, human rights, legal rights and moral rights.

Starting with Fundamental rights are embodied as the basic/ necessary rights which are guaranteed to the citizens of India under Part III of the Constitution of India, 1950. These are the codified rights but some rights exist naturally, that is, in the very essence of nature, these rights are termed as human rights. Statutes made rights are called legal rights. Moral rights are often called personal rights.

A legal right is generally defined as an interest of individuals which is recognized and protected by law. This expression has been defined distinctly by various legal philosophers, such as-

“Holland’s definition of a legal right states a legal right as a capacity residing in one man of controlling, with the assent and the assistance of the state, the actions of the others”.

The Supreme Court of India defined legal right in the case of State of Rajasthan v. Union of India Supreme Court defined legal rights as: “In a strict sense, legal rights are correlatives of legal duties and are defined as interests whom the law protects by imposing corresponding duties on others. but in a generic sense, the word ‘right’ is used to mean immunity from the legal power of another, immunity is an exemption from the power of another in the same way as liberty is an exemption from the right of another, Immunity, in short, is no subjection.”[1]

It should be noted that right comes only after the creation of an interest. Where there is an interest, there is a right and duty is imposed upon a person in whom a right is vested. “Legal recognition and legal protection must be simultaneously and concurrently present in interest for its transformation as a legal right.”

“The second part of Salmond’s definition is that a legal right is any interest, respect of which is a duty and disregard of which is wrong. Whether a person’s interest amounts to a right or not depends on whether there exists for it a corresponding duty imposed upon any other person. Further, the right is an interest, the violation of which would be wrong. Rights like wrongs and duties are either moral or legal.”[3] “A moral or natural right is an interest recognized and protected by moral or natural justice, violation of which would be a moral or natural wrong and respect for which is a moral duty. A legal right, on the other hand, is an interest recognized and protected by a rule of legal justice.”. As indicated by Salmond each legal right has the accompanying five elements or characteristics-

Salmond’s theory of rights was heavily criticised by Gray and Holland. They both didn’t accept legal right as interest and propounded their definition of rights. “Gray defined legal rights as a power which a man has to make a person or persons do or refrain from doing certain acts. According to him, this power has to arise from society as well as from the persons imposing a legal duty on person or persons.”

Salmond and grey, they both talk of an imposition of a correlative duty upon the second person. However, the terms power and interest imply a difference between both the analysis of rights. Power creates a position of authority thereby imposing a correlative duty upon the person against whom you are exercising this power. Whereas, interest are several interests that a person has and it is either right or wrong.

Holland too criticised the idea of Salmond. He defined right as “a capacity residing in one man of controlling, with the assent and the assistance of the state, the actions of the others”. This approach is similar to that of Gray. Both are, more or less, talking on the same lines.

Four kinds of absolute duties were enumerated by Austin. They are:

Salmond treated these duties as public duties, thereby reasserting that no duty stands in the absence of a correlative right and gave elements of legal rights as above mentioned.

Hohfeld analysed different kinds of legal rights, that is, fundamental rights, human rights, legal rights and moral rights; with exceptional logical perfection. “According to him, the failure to appreciate the usage of right about four distinct legal concepts, namely a claim, a privilege, power and immunity is main reason behind the misunderstanding and confusion in seeking to understand the nature of a right.

His analysis of rights revolved around the jural correlatives and opposites of these legal concepts”[4].

To attain a better understanding of nature of rights Hohfeld rearranged and completed Salmond’s scheme in which, Salmond distinguished between claim, liberty and power by adding a fourth term, immunity, and worked out a table of jural relations with incisive logic. So, his four basic concepts of right became-

Hohfeld introduced jural correlatives of the above mentioned as below:

“Every claim implies the existence of a correlative duty since it has no content apart from the duty.”[5]

“Liability, the correlative of power, denotes the position of a person whose legal condition can be so altered. X has the power to make a gift to Y, and correlatively Y has a liability to have his legal position improved in this way.”[7]

Immunity enumerates freedom from the power of another, while disability state the absence of power.

Hohfeld introduced jural opposites of the above mentioned as below:

Relationship between claim (right), duty, Privilege (or liberty) and no- claim (no- right)

Conversely, the presence of liberty on X implies the absence of a claim in Y”.[9]

“If X has a power, y has a liability. They are therefore jural corelatives. A liability in Y means the absence of immunity in him. Therefore, immunity and liability are jural opposite.

Critique of Hohfeld theory of rights

Some terms used by Hohlfeld have been found misleading by some of the jurists. According to them, term ‘liberty’ conveyed a better meaning of ‘privilege’, whereas, Hohfeld considered both the terms as the same thing.

Dworkin’s Theory of Rights as Trumps

Ronald Dworkin used the term “trumps” to denote his theory of rights. A significant contribution has been made by Ronald Dworkin to the jurisprudential theory of rights in recent times. He was mainly concerned with the rights of the individuals, minorities right and fundamental rights which cannot be set aside, easily by the legislature.

He gave special status to the right which he termed as “trump” over general utility for its justifications. It is the rights of an individual against the government and their degrees which is inhibited in the legal system, identifies the model of Dworkin’s theory of legal rights.

When the right is institutionalised, there is less scope to the government to make the law to undermine that right. It is for this reason Dworkin differentiated between the abstract and background rights and institutional and concrete rights.

As you know, according to our constitution fundamental rights except for the right to life and personal liberty can be suspended during the national emergencies. However, our Supreme Court has put an embargo on the power of the Parliament to make any changes in the basic structure of our constitution.

[2] “Rights and Duties in jurisprudence” retrieved from  hrtp:www.legumbite.in/rights-and-duties-in-jurisrpudence on         11 June 2020

[4] Hohfeld theory of rights retrieved from https://www.legalbites.in/hohfelds-theory-of-jural-relations/#:. On 12 June 2019