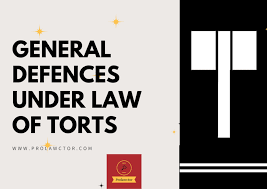 What is law of torts?

The word tort comes from the Latin word “tortum,” which means “twisted” or “crooked.”

“Tort is a civil wrong for which the remedy is a common-law action for unliquidated damages, and which is not exclusively a breach of contract, breach of trust, or other merely equitable obligation,” according to Salmond.

The individual who causes the injury must compensate the injured party (plaintiff), which can be in the form of money. ‘Damages’ refers to the money obtained in the form of compensation. To be able to sue for damages, there must have been a violation of duty towards the plaintiff that resulted in the injury. Even if the harm was not intended but resulted from carelessness or negligence, the other party can still be held liable. Tort law permits people to hold someone else responsible for their harm.

There must be an act to form a tort, which can be either negative or positive. To qualify as a wrongful act or omission, there must be a breach of duty. It signifies that there was an obligation to do or not do anything, or to act in a certain way that a reasonable person would act under certain circumstances. If a company maintains a children’s park with a deadly plant but fails to install necessary fencing, it is considered negligent. If one of the children eats the fruit from that tree and dies as a result of it, the corporation may be held accountable. No one may be held responsible for social or moral wrongdoing.

When a plaintiff takes an action against a defendant for a tort committed by him, he will be deemed accountable if all of the necessary ingredients for that wrong are present. However, he has various defenses at his disposal that he might use to relieve himself of any guilt deriving from the wrongdoing. In tort law, these are referred to as “general defenses.”

In the event that a plaintiff willingly experiences harm, he has no recourse under tort law and is not permitted to complain about it. This defense is based on the fact that no one can enforce a right that he has freely given up or waived. It is possible to give express or inferred consent to be harmed.

The plaintiff in Hall v. Brooklands Auto Racing Club was a spectator at a motor racing event, and the defendant owned the track where the race was held. During the race, two cars crashed, and one of the automobiles was catapulted into the crowd of spectators. The plaintiff had been hurt. The plaintiff intentionally assumed the danger of watching the race, according to the court. It’s a form of injury that everyone observing the incident could predict. In this case, the defendant was not held accountable.

One of the major essentials of this defense is that consent must be freely obtained.

Situations where this essential is not fulfilled:

Consent gained through fraud is not genuine consent and cannot be used as a defense.

In the case of Hegarty v. Shine, it was decided that merely concealing facts is not enough to void consent. In this case, the plaintiff’s paramour had infected her with a venereal disease, and she sued him for assault. The action was dismissed on the basis that just disclosing facts does not constitute fraud, based on the concept ex turpi causa nonoritur action, which states that no action is born of an immoral reason.

When someone agrees to do something against their will or under duress, there is no consent. It also applies when the person granting consent does not have complete decision-making authority. This condition usually occurs in a master-servant relationship, where the servant is obligated to complete all of his master’s requests. As a result, when a servant is forced to do work against his will, the maxim volenti nonfit injuria does not apply. However, if someone does something without being forced, he may be able to claim consent as a defense.

The plaintiff in Smith v. Baker was an employer who hired someone to work on a drill for the purpose of cutting rocks. Some stones were being moved from one side to the other by a crane that was higher than his head. He was hard at work when a stone fell on his head, injuring him. Because they did not inform him, the defendants were negligent. The court determined that mere knowledge of danger does not imply consent to risk, and hence the defendants were held accountable. The maxim volenti nonfit injuria was not applicable in this case.

Negligence of the defendant

It is important for the defendant to not be negligent in order to use this defense. If the plaintiff agrees to take a risk, the defendant is deemed not to be accountable.

The plaintiff in Slater v. Clay Cross Co. Ltd. was injured while strolling along a tunnel owned by the defendants as a result of the defendant’s servant’s careless behavior. Because the corporation was aware that the tunnel was utilized by the public, its drivers were told to blow their horns and drive slowly whenever they entered a tunnel. The driver, on the other hand, failed to do so. The defendants were found to be at fault for the collision.

“Ex turpi causa non oritur actio,” as the maxim goes, “no action comes from an immoral cause.” If the plaintiff’s action is based on an illegal contract, he will lose his case and would not be able to recover damages. If a defendant claims that the claimant is the offender and is not entitled to damages, the court will not absolve him of responsibility, but he will not be held guilty under this heading.

In the case of Pitts v. Hunt, there was an 18-year-old rider. He encouraged his 16-year-old companion to drive recklessly while inebriated. Their motorcycle, however, was involved in an accident, and the driver died on the spot. The pillion rider sustained significant injuries and filed a lawsuit seeking compensation from the deceased person’s relatives. This appeal was denied because he was the one who had done wrong in this situation.

An accident refers to an unforeseen injury, and if the same accident could not have been prevented or averted despite the defendant’s best efforts, we refer to it as an inevitable accident. It is a strong defense because the defendant can establish that the injury could not be prevented even after all safeguards were taken and that there was no intent to harm the plaintiff.

The defendant and plaintiff in Stanley v. Powell went to a pheasant shooting. The defendant fired a shot at a pheasant, but the bullet was deflected by an oak tree and struck the plaintiff, causing significant injuries. The incident was deemed an unavoidable occurrence, and the defendant was not held accountable.

Act of God serves as a good defense under the law of torts.

The Act of God and Inevitable Accident defenses may appear to be the same, but they are not. Acts of God are unavoidable occurrences in which natural forces play a part and cause harm. Heavy rain, storms, tidal waves, and other natural disasters, for example.

The following items are necessary for this defense:

The defendant in Nichols v. Marsland built an artificial lake on his property by collecting water from natural streams. Once upon a time, there was a massive downpour, the heaviest in recorded history. All four of the plaintiff’s bridges were washed away when the lake’s embankments were damaged. The defendants were found not guilty since the incident was caused by an Act of God, according to the court.

The law has granted authority to protect one’s life and property, and it has also granted permission to use reasonable force to do so.

In Bird v. Holbrook, the defendant installed spring pistols in his garden without posting any notice, and the plaintiff, a trespasser, was injured as a result of the automatic fire. The court ruled that the defendant’s actions were not justified, and that the plaintiff was entitled to compensation for his injuries.

There are two categories of Mistakes:

The defendant has no defense in either circumstance. When a defendant acts on the basis of a mistaken belief, he may be able to employ the defense of error to avoid culpability under tort law.

Morrison v. Ritchie & Co was a mistaken assertion by the defendant that the plaintiff had given birth to twins in good faith. The plaintiff had only been married for two months when the case was filed. The defendant was found guilty of defamation, and the condition of good faith was irrelevant in this case.

Even if the act was done purposefully, it is not actionable and serves as a good defense if it is done to prevent greater harm.

Private defense and an unavoidable accident should be distinguished.

The following considerations should be made:

The defendant entered the plaintiff’s property in Cope v. Sharpe to prevent the spread of fire on the adjoining territory where the defendant’s master had shooting rights. The defendant was not held guilty for trespass since his act was to prevent greater harm.

If an act is permitted by a law or statute, it is not actionable, even if it would otherwise be considered a tort. It is a full defense, and the aggrieved person has no recourse other than to seek compensation as required by law.

Immunity is granted under statutory authority not only for obvious harm but also for harm that is unintended.

Sparks from an engine of the respondent’s railway business, which was permitted to run the railway, set fire to the appellant’s forests on neighboring land in Vaughan v. Taff Valde Rail Co. They were found not liable since they did not conduct anything that was banned by the Act and took reasonable care and precaution.

Authority can be given by a statute of two types, Absolute authority, and conditional authority.

The hospital authorities, i.e., the appellants, were granted authority to establish a smallpox hospital in the case of Metropolitan Asylum District v. Hil. However, the hospital was built in a residential neighborhood that was not safe for inhabitants because the sickness may spread there. An injunction was granted against the hospital because it was deemed a nuisance. In this case, the authority was conditional.

It is vital to study General Tort Defenses while learning about tort law. General defenses are a series of ‘excuses’ that you can use to avoid being held responsible. In order to avoid culpability in a case where the plaintiff pursues an action against the defendant for a specific tort, the defendant would have to prove the existence of all the necessary elements of that tort. It lists all of the defenses that can be used in a case, depending on the facts and circumstances. To argue a defense, it is necessary to first comprehend the offense and then apply the appropriate defense.