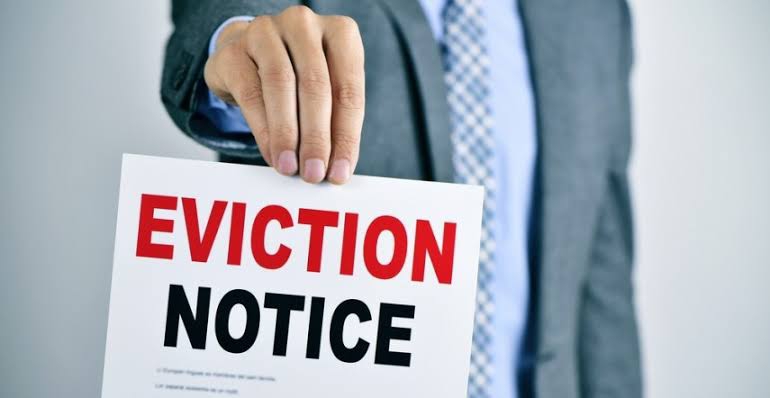 Grounds for eviction of the tenant

In any suit for eviction on the ground mentioned in clause (a) of sub-section (2), if at the first
hearing of the suit the tenant unconditionally pays or tenders to the landlord the entire amount
of rent and damages for use and occupation of the building due from him such damages for
use and occupation being calculated at the same rate as rent) together with interest thereon at
the rate of nine per cent per annum and the landlords’ costs of the suit in respect thereof, after
deducting therefrom any amount already deposited by the tenant under sub-section (1) of
section 30, the court may, in lieu of passing a decree for eviction on that ground, pass an
order relieving the tenant against his liability for eviction on that ground :
Provided that nothing in this sub-section, shall apply in relation to a tenant who or any
member of whose family has built or has otherwise acquired in a vacant state, or has got
vacated after acquisition. any residential building in the same city, municipality, notified area
or town area.

Section 20: Bar of suit for eviction of tenant except on specified
grounds-
(1) Save as provided in sub-section (2), or in clause (r) of subsection (2) of section 4a, no
suit shall be instituted for the eviction of a tenant from a building, notwithstanding the
determination of his tenancy by on the expiration of a notice to quit or in any other manner:
Provided that nothing in this sub-section shall bar a suit for the eviction of a tenant on the
determination of his tenancy by efflux of time where the tenancy for a fixed term was entered
into by or in pursuance of a compromise or adjustment arrived at with reference to a suit,
appeal, revision or execution proceeding. which is either recorded in court or otherwise
reduced to writing and signed by the tenant.
(2) A suit for the eviction of a tenant from a building after the determination of his tenancy
may be instituted on one or more of the following grounds, namely: –
(a) that the tenant is in arrears of rent for not less than four months. and has failed to pay the
same to the landlord within one month from the date of service upon him of a notice of
demand:
Provided that in relation to a tenant who is a member of the armed forces of the Union and in
whose Favour the prescribed authority under the Indian Soldiers (Litigation) Act, 1925 has
issued a certificate that he is serving under special conditions within the meaning of section 3
of that Act or where he has died by enemy action while so serving, then in relation to his
heirs, the words “four months” in this clause shall be deemed to have been substituted by the
words “one year”;
(b) that the tenant has willfully caused or permitted to be caused substantial damage to the
building;
(c) that the tenant has without the permission in writing of the landlord made or permitted to
be made any such construction or structural alteration in the building as is likely to diminish
its value or utility or to disfigure it;
(d) that the tenant has done any act which is inconsistent with the purpose for which he was
admitted to the tenancy of the building, or has without the consent in writing of the landlord

used it for a purpose other than such purpose, or has been convicted under any law for the time being in force of an offence of using the building or allowing it to be used for illegal or immoral purposes; (e) that the tenant has sub-let, in contravention of the provisions of section 25, or as the case may be, of the old Act, the whole or any part of the building; (f) that the tenant has renounced his character as such or denied the title of the landlord, and the latter has not waived his right of reentry or condoned the conduct of the tenant; (g) that the tenant was allowed to occupy the building as part of his contract of employment under the landlord, and his employment, has ceased. (3) In any suit under sub-section (2), the tenant shall, at or before the first hearing of the suit, deposit the entire amount of rent or damages for use and occupation admitted by him to be due, and thereafter throughout the continuance -of the suit, deposit regularly the amount of monthly rent or damages for use and occupation due at the rate of rent admitted by him, and in the event. ‘Of any default in this regard, the court may, unless after considering any representation made by him in that behalf it allows him further. time, on security being furnished for that amount., refuse to entertain any defense or, as the case may be, strike off his defense. Section 21: (Proceeding for release of building under occupation of tenant. – (1) The prescribed authority may, on an application of the landlord in that behalf, order the eviction of a tenant from the building under tenancy or any specified part thereof if it is satisfied that any of the following grounds exists namely- (a) that the building is bona fide required either in its existing form or after demolition and new construction by the landlord for occupation by himself or any member of his family, or any person for whose benefit it is held by him, either for residential purposes or for purposes of any profession, trade or calling, or where the landlord is the trustee of a public charitable trust, for the objects of the trust: (b) that the building is in a dilapidated condition and is required for purposes of demolition and new construction: Provided that where the building was in the occupation of a tenant since before its purchase by the landlord, such purchase being made after the commencement of this Act, no application shall be entertained on the grounds, mentioned in clause (a), unless a period of three years has elapsed since the date of such purchase and the landlord has given a notice in that behalf to the tenant not less than six months before such application, and such notice may be given even before the expiration of the aforesaid period of three years : Provided further that if any application under clause (a) is made in respect of any building in which the tenant is engaged in any profession, trade or calling, the prescribed authority while making the order of eviction shall, after considering all relevant facts of the case, award against the landlord to the tenant an amount equal to two years’ rent as compensation and may, subject to rules, impose such other conditions as he thinks fit: Provided also that no application under clause (a) shall be entertained

(I) for the purposes of a charitable trust, the objects of which provide for discrimination in
respect of its beneficiaries on the ground of religion, caste or place of birth;
(ii) in the case of any residential building, for occupation for business purposes:
(iii) in the case of any residential building, against any tenant who is a member of the armed
forces of the Union and in whose Favour the prescribed authority under the Indian Soldiers
(Litigation) Act, ‘1925 has Issued a certificate that he is serving under special conditions
within the meaning of section 3 of that Act, or where he has died by enemy action while so
serving then against his heirs.

Section 22: Appeal.-
Any person aggrieved by an order under section 21 or section 24 may within thirty days from
the date of the order prefer an appeal against it to the District Judge, and in other respects, the
provisions of section 18 shall mutatis mutandisapply in relation to such appeal.
Section 23: Enforcement eviction order-

Conclusion
The prescribed authority may, on an application of the tenant, serve upon the landlord a
notice requiring him, within such period, not exceeding one week, as may be specified in the
notice, to restore any amenity alleged to have been cut off, withheld or reduced in
contravention of sub-section (1) of section 26 or to show cause why an order under this
section be not passed against him.
If the landlord fails to restore the amenity within the said period, or to show sufficient cause,
the prescribed authority may by order permit the tenant to have the amenity restored at his
cost, and there upon the tenant shall be entitled to recover such cost as may be incurred by
him in pursuance of the order, by deduction from the rent payable to the landlord, after
furnishing to him the account of the expenditure, and nothing in section 6 shall be deemed to
apply to such cost.