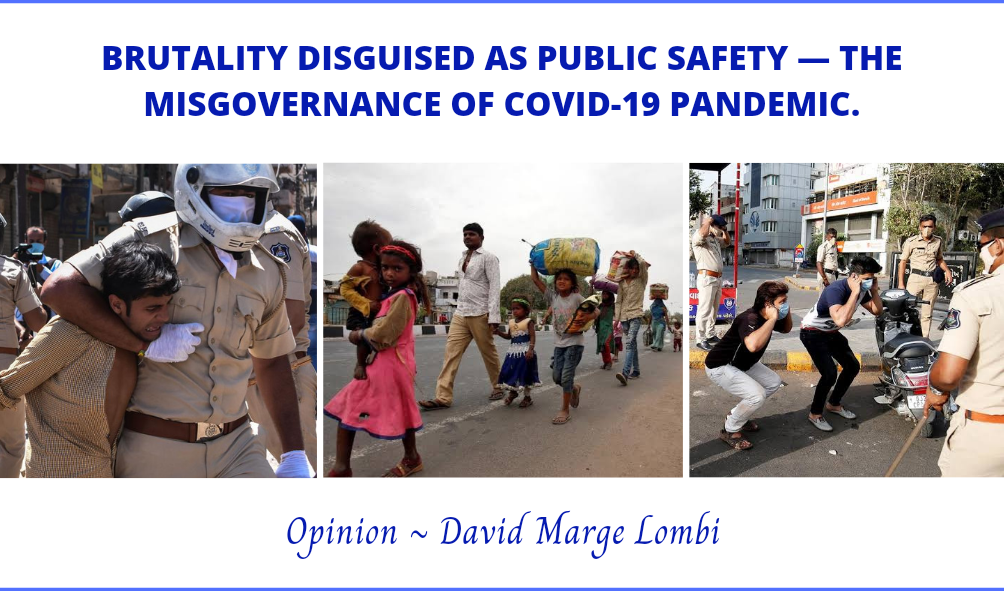 “One is classified as essential and the other not. VIP’s movements and election rallies are treated as immune to the virus and the necessitated movements of the public not. They just don’t know that something declared as non-essential and made shut was the only essential for someone to ever sustain himself. Just remember, whom we voted for!”

This global pandemic has magnified all the inequalities in our society. Inequalities are felt in areas from healthcare to technology, from ethnicity to income. Inequalities are evident in access to essential services by the minority group and majority group, by people with disabilities and able-bodied people. Surprisingly, even after this magnification, all that our government does is only to increase that class gap even further.

India is one of the third world countries, where still today huge sections of people have to put their feet on the pedal and their hands on the wheel to earn their everyday livelihood. While it’s dusk people leave their homes, and return while it’s dawn. Now when we look at India and several more third world countries, a complete and lengthy lockdown shouldn’t even be the least choice.

Our government to whom we pay taxes, who are the representatives of our choices, and the judiciary who we trust and have faith in, must know that complete and lengthy lockdown is a double-edged sword. While it may be intended to kill the transmission of the virus, it does also kill humans by transmitting poverty and hunger amidst them.

Sadly in India, we see that the “brutality” of the misgovernance is killing humans, more than and before the “Covid-19 attack”. The corrupt and inept Govt. had turned India upside down.

Let me remind the government and the judiciary that cornering human rights and liberties in the guise of public safety is never welcomed.

Experts of science and math may deliver their indisputable verdicts of what this disease is and what can be done to curb it. The Government of India may hold a bona fide intent of not letting go of its people through the worst circumstances. But at the same time, these experts and governments must also delve into the lives of ordinary people to come up with ideas that resonate with the everyday grievances of ordinary people. While the experts and governments quest for public safety, they must also learn of the human rights and liberties that their public quest for amidst this global crisis.

This global pandemic has proven that the virus is a creature that travels through crevices, over skies, waterways, and porous borders. Unlike humans, this creature doesn’t discriminate between expert and layman, government and citizen, monarch and slave.

TO BREACH THE GOVERNANCE IS NOT AN INTEREST.

Citizens neither negate the science behind Covid-19 nor do they seek to breach the governance. Citizens are ever ready to live their everyday lives with a blend of governing protocols. But before that, the only condition that citizens require from the government is that the protocols must be introduced and not brutally imposed. The protocols must be intended to govern and not merely dictate. The crux that the citizens believe in is the “Welfare State” and not the “Police State”.

Turning India into a “Police State” to regulate the crowd shall be seen as nothing but a legacy of British colonial rule.

THE CORRUPT & INEPT GOVERNMENT FAILED US ALL.

On 20 January 2021, Narendra Modi led Government launched a programme “Vaccine Maitri” to export the two Indian made shots — Covishield and Covaxin — to the world. Data published by the Ministry of External Affairs provides that approximately 6.6 crore doses of vaccines that were made in India have reached a total of 95 foreign entities.[1]

Today India needs a Prime Minister that shall stay loyal to first administer vaccines to its citizens rather than choosing to boost his global image by sending excess doses out to the foreign entities. India needs non-hypocritical governance, in which spending thousands of crores to build a statue in Gujarat — the home of PM Narendra Modi — shall not be prioritized over spending few crores on health care facilities which is the right of every citizen.

This global pandemic has magnified all the inequalities in our society. Inequalities are felt in areas from healthcare to technology, from ethnicity to income. Inequalities are evident in access to essential services by the minority group and majority group, by people with disabilities and able-bodied people. Surprisingly, even after this magnification, all that our government does is only to increase that class gap even further.