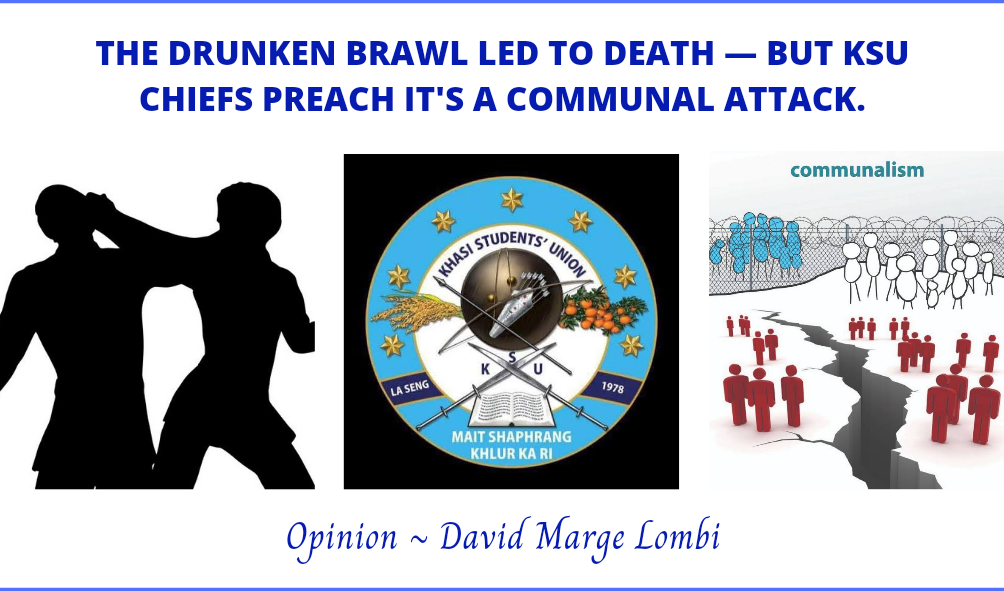 Since time immemorial in Meghalaya, where there are communal attacks like the incidents of “native vs outsiders” timely reoccurring, the government authorities, local authorities like Dorbar Shnong, pressure groups like “Khasi Students’ Union”, all of them choose to refute and keep silence on the matter.

But where there are no communal angles at all, like the Golf Links incident of 21 March 2021 which I have mentioned below, the leaders of Khasi Students’ Union go on rampaging in the State their havoc of lies and conspiracies to communalise the same.

Today Meghalaya needs rescue out of a social paranoia caused by the plaguing lies and xenophobic attitude of the Khasi Students’ Union leaders. In fact, the young-spirited minds who are members of KSU deserve “better luminaries” over these few “dim lamps”.

APPROXIMATION OF THE INCIDENT.

On the night of 21 March 2021, the 3 boys from the tribal community of Meghalaya were assaulted in the Golf Links of Shillong, Meghalaya. On that day, these 3 boys were part of a group playing football at Golf Links at around 5 pm. After the game, they stayed back and consumed local liquor. The victim’s party got into an altercation with one such group, who reacted by pelting beer bottles towards the victim’s group. The members of the assaulters’ group belonged to the tribal community of Meghalaya itself.

Later on 28 March 2021, one Pherlangroi Myrthong, 20 years old, was declared dead at around 4.45 am at the North Eastern Indira Gandhi Regional Institute of Health and Medical Sciences (NEIGRIHMS).

These facts were known after the investigation was made by the police department led by East Khasi Hills district Superintendent of Police Sylvester Nongtnger.[1]

“ATTEMPT TO INCITE”, THEIR TREND LINGER.

After the incident and before the conclusion of Police investigations, the “nothing-new” of the KSU leaders took its course. These anarchical leaders in the guise of Justice to the indigenous people turned themselves into Police and a Judge, both.

The KSU leaders came out on the street, misleading the young-spirited minds and inciting the indigenous communities in Meghalaya. They unfailingly did so, to blindfold the entire Meghalaya with their lies, xenophobia, and their conspiracies. The only ground on which these anarchical leaders protested was their black lie that the assaulters were among the non-tribal communities.

On 31 March 2021, Donald V. Thabah (GS of KSU) was speaking in a public rally at Mawkyrwat market. He said,  “The KSU members would be arrested and now where is the technology to arrest the culprits? Why is it difficult to arrest non-Khasis?”

At the same rally, people led by the leaders of the Khasi Students’ Union held placards that read, “Meghalaya Police! Are they conniving with murderous non-tribals since 1979?”

Lambokstar Marngar (President) said, “If any Khasi quarrels with non-Khasis, the Police department is prompt in arresting those involved. They arrest Khasi youths and highlight their achievements in the media with not only the names but pictures of the arrested persons.”[2] [3]

Biangbor Paliar (Vice President) said, “It has been over one week and yet no arrests have been made. The law applies only to the Khasis and not to the non-Khasis.”

Forwardman Nongrem (President of KSU South West Khasi Hills Circle) claimed that the Police are conniving with the non-Khasis since the culprits of the Golf Links incident have not yet been arrested.[4]

Furthermore, the KSU warned all the non-tribals living in Meghalaya to stop provoking the union.[5]

THE TRUTH SLAMMED THE FALSE PROPHETS.

Finally, on 9 April 2021, the Meghalaya Police arrested eight persons in connection with the incident, and interestingly all involved in the case happened to be from the tribal communities of Meghalaya. The East Khasi Hills district Superintendent of Police Sylvester Nongtnger informed about the same.[6]

Now can these anarchists who disguise themselves as Students’ Union leaders at all reconcile the harmony that they breached within the State? Will they ever be able to undo the fear, shame and trauma they rendered to the various communities within Meghalaya? They must answer with the same confidence and fierceness with which they came on the street bearing racial slurs and a black lie that the assaulters were among the non-tribal communities.

This is not the first time that these anarchical leaders took their course of tyranny. But less do they know, people trying to communalise every little thing are themselves communal.

A message for the young-spirited minds and the indigenous people of Meghalaya in the words of Friedrich Nietzsche — “Whoever fights monsters should see to it that in the process he does not become a monster. And if you gaze long enough into an abyss, the abyss will gaze back into you.” 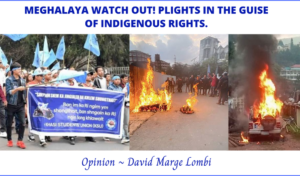 Previous post MEGHALAYA WATCH OUT! PLIGHTS IN THE GUISE OF INDIGENOUS RIGHTS. 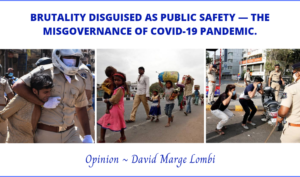 Next post BRUTALITY DISGUISED AS PUBLIC SAFETY — THE MISGOVERNANCE OF COVID-19 PANDEMIC.

GENESIS. Shillong which is at present the capital city of Meghalaya was established in 1874 as the headquarters of the erstwhile Assam Province. Meghalaya was carved out of Assam in 1970. After the proper separation of the aforementioned two States, issues of indigenous identity, culture, and rights that remained suppressed earlier became subjects of irreconcilable conflict.