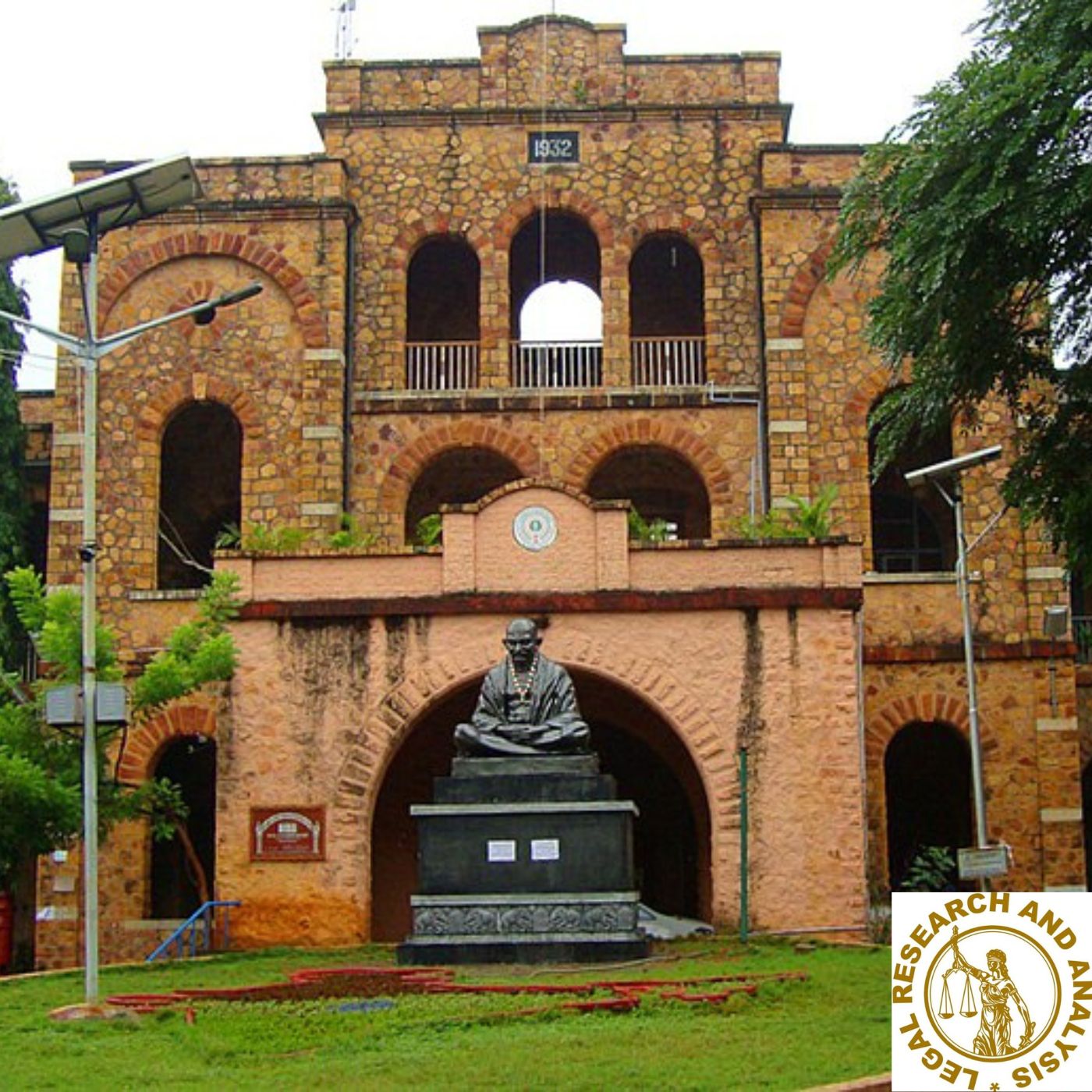 With the hope of decentralization powers and establishing a pluralistic political state by systemizing the interests and needs of the people in regional and provincial forums, and with the Constitution introducing two distinct governments at the center and each state, the 73rd and 74th constitutional amendments were passed authorizing the formation of the panchayats and municipalities as the chosen local governments.

But even before independence at the trial of the then British government, Municipality Acts were formulated as well, which post-independence was amended and brought in synchronization with the Constitution of India.

But initially, the Charter Act of 1833 had brought in the concept of administrative powers being conferred on the Governor-General-in Council, an official body.

He could possibly formulate, revoke, amend and alter laws and guidelines made for all the people. Here, with regard to this Act as well the powers are delegated and conferred upon the committees and the people who in turn also take the form of statutory instruments and bye-laws.

The system is regulated by enactments passed from time to time by State legislatures as the Municipal Acts are state-specific where the state legislature has the authority to decide upon the structure, functions, and powers that could be allocated to that particular government. As put forth, the provisions of the State municipal Acts are looked over and supervised by the Urban local governments.

Municipalities also have the power of articulating and devising local bye-laws as per provisions of municipal administration. Therefore the role of the Municipal Acts turns out to be that of guiding officials and representatives of the Local Governments with regard to administration.

Uttar Pradesh’s history of urban local government turned out to be a prime reason behind the enactment of legislation and superintendence over the functioning of the urban local institutions. Along with several acts being enacted right from 1856 over the years, the U.P. Town Area Act was enacted in 1914 and the U. P. Municipalities Act published under Section 81 of the Government of India Act, 1915 came into effect in 1916.

DEFINITIONS AND DECLARATION OF MUNICIPALITIES AS PER THE MUNICIPALITY ACT, 1916

But this is not the only definition borrowed from the Constitution, a few of the other definitions are ‘Municipal Area’ under section 9A which is defined under Article 243-P clause (d) as ‘territorial area of a municipality…’, Then again ‘Panchayat’ as per section 13A is similar to that as defined under 243-P clause (f) which highlights it to be that as constituted under Article 243- B.

The governor by a successive notification can decide upon the exclusion or inclusion of certain areas under the specified transitional, smaller urban, and larger urban areas. Section 5 of this Act issues such areas to be subjected to all notifications, orders, directions, bye-laws, etc, made under this Act or any other subsequent enactment in force at the time As section 3 A of the Act extends with reference to Article 243-Q clause(1) in accordance with Part IX-A of the Constitution, that every transitional area is to be known as the Nagar Panchayat, every smaller urban area to be known as the Municipal Council and larger urban area as Municipal corporation.

For instance, as seen in the case of ‘Rakam Singh v. State of U.P. & Others, it was laid that “a transitional area”, “a smaller urban area” or “a larger urban area” indicated areas in which the Governor having regard of the population, revenue initiated for local administration, the state of employment in non-agricultural activities, and other such factors, as deemed fit by him, specified by public notification for the purposes of this Part.

According to section 3A clause (3) sub-clause (b), whichever notifies area the committee established under section 388 or constituted by the Town Area Committee with regard to the Uttar Pradesh Town Area Act, 1914, was deemed to be known as the Nagar Panchayat which stood to be immediately before or from the commencement of the Act until the first constitution of the Nagar Panchayat under it.

The composition of the municipality is specified under section 9 of the Act which first of all highlights the consistent role of the president as the chairman of both, the Nagar Panchayat and Municipal Council.

The elected members in the case of the Nagar Panchayat cannot be less than 10 and not more than 24, while the Municipal Council cannot have members less than 25 and not more than 55. The specifications regarding the members are followed according to the Official Gazette. It mentions the ex-officio members consisting of all the members of the House of the People and the State Legislative Assembly where all the constituencies are represented, adjusting the whole or part of the municipal area.

Ex-officio members also indicate towards all members of the Council of States and the State Legislative Council, already registered as electors within the municipal area. Also as per the Official Gazette’s notification, the State government nominates certain people having special knowledge and experience in municipal administration, members of the Nagar Panchayat and Municipal Council. But in the case of the former, it should not be less than 2 and not more than 3. Taking into consideration the Municipal Council, it shouldn’t be more than.

POSITION OF WOMEN, SCHEDULED CASTE, SCHEDULED TRIBES, AND OTHER BACKWARD CLASSES REGARDING RESERVATIONS.

Here the seats are allotted by rotation to different wards in a municipality according to the prescribed rules.  The women belonging to the Scheduled Castes, the Scheduled Tribes, or the Backward Classes are entitled to not less than one-third of the seats reserved under Section 9A sub-section (3).

Further, in clause (4) it is also mentioned that not less than one-third of the total number of seats in the municipality in addition to the number of seats reserved under sub-section (3) is designated for women. Such seats too may be allotted by rotation to different wards of a municipality in such order as rendered by the prescribed rules.

DUTIES AND DISCRETIONARY FUNCTIONS OF MUNICIPALITIES:

Taking a look at the duties of a municipality under section 7, it has to make provisions for:

Section 8 of the UP Municipality Act, further lays its discretionary functions:

1) A municipality can make provision within its limits and with authorization beyond it as well, for:

2) Building new public streets. They could acquire land for constructing buildings to be adjacent to such streets;

5) Keeping account of the census, and sanctioning rewards for information essential for securing correct and vital statistics; and

7) These are some of the functions laid by the Act which is followed by a sub-section 2 which further allows a municipality to make provisions for allowing extension beyond the municipality’s limits under the benefits of any municipal undertaking given that no provisions could be made to extend benefits of such an undertaking for supplying water to particular local areas consisting of the whole or a part of a cantonment without the previous sanction of the Central government.

To be a member of the municipality a person has to qualify as an elector for any of the wards constituted by the municipality. He/ she has to be twenty-one years old. This Act contains several grounds of disqualification laid under section 13D out of which few are:

Did hold an office under the Central or any of the State governments and had been dismissed for corruption or treachery unless a period of six years had elapsed since such a dismissal;

The person could also be disqualified for being debarred from legal practice by an order from a prescribed authority;

Convicted of a punishable offense under Section 171-E or Section 17-F of the Indian Penal Code, 1860.

Section 13 E provider for the ‘Right to Vote.’ No person except as provided by this Act, who is for the time being entered in the electoral roll of any ward shall be entitled to vote in that ward. If a person is subjected to any of the disqualifications then he/she cannot vote in the elections at any ward. No person is allowed to vote in more than one ward and if this occurs then that vote is considered to be void.

Also, no person shall at any election vote in the same ward more than once. Nothing in this subsection shall apply to a person subject to preventive detention under any law for that time being.

It was observed in the case of ‘Gappumal Kanhaiya Lal v. Commissioner Of Income-Tax

It is clear, therefore, that these were statutory charges upon the property of the assessee to secure the payment of house and water tax by it. According to the tribunal these charges were inchoate and contingent because as they might or might not have risen, if they did, it would arise out of the assesses own default.

Through the years, subordinate legislation has proved to be an extremely crucial part of lessening the burden of the legislature and facilitating a well-planned and efficiently functioning welfare state. Democratic decentralization has allowed the augmentation of local autonomy by delegating functions, powers, and authority from the central government to the regional councils and local authorities.

During the colonial era whereas Lord Mayo’s resolution, today is held to be the first step of the British government towards initiating a system of local self-government.

Lord Ripon’s resolution of 1882 is truly the Magna Carta of local self-government in India.

It prescribed representatives of the Urban Municipal local bodies of non-bureaucrat members having the strength of two for a period of two years. The resolution also recommended a two-tier local government system. Ripon’s resolution led to several provinces enacting the two-tier local body between 1883 and 1885 period.

Uttar Pradesh over the years has seen several Acts being enacted and along with time every Act has been amended to suit the flow of the current changing scenarios. The U.P Nagar Palika (Municipalities) Act, 1916 had been renamed as U.P. Nagar Palika Act, 1916 whereas the U.P. Town Area Act, 1914 got repealed.

With the U.P. Municipal Corporation Act, 1959, U.P. Nagar Nigam Act, 1959. The Uttar Pradesh Municipalities (Amendment) Act, 1964, and so on, every Act came up with new provisions or amended the older ones to suit and cope up with changing times to effectuate better working of the urban local self-government. For instance, the U.P. Planning and Development Act, 1973 introduced the setting up of Development authorities whereas, the U.P. Water Supply and Sewer System Act, 1975, created Jal Sansthan.

The Uttar Pradesh (Amendment) Act, 1964 further laid a detailed study of the Act substituting the definitions with a detailed study to cover any sort of loopholes and provide efficient administration.

The Uttar Pradesh Local Self Government Laws (Amendment) Act, 1994 has considerable importance as it was renamed the U.P. Nagar Mahapalika Act, 1959 and U.P. Nagar Palika Municipalities Act, 1916 to U.P. Nagar Nigam Act, 1959 and U.P. Nagar Palika Act, 1916 respectively, it made elections necessary, substituted 5 categories of urban local bodies to just 3, gave the government the power to dissolve a municipality for misconduct, introduced reservations and gave a considerable position to women.