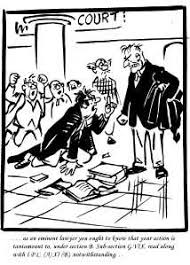 Corruption is a common issue which people are facing in day-to-day life in every country. It can be assumed like Corruption is an unwanted planet created by human beings which is a result that it is attached to the earth like siblings. None of the people know when it was actually started and when it will get removed permanently as the roots of corruption is so progressive in nature and alive in different filed or different forms or different nature which become difficult to identify sometimes to get remove the roots of corruption.

This research is the study regarding ‘Role of Judicial Immunity in case of corruption under the 3 organs of the Indian government’ that is the legislature, executive, and judiciary. Out of which mainly focus on the judicial immunity concept and contempt of court as allegation concept which is given to the higher Judiciary. Especially to investigate corruption at the state and union level for which parliament came up with the Lokpal and Lokayukta Act 2013 to reduce the level of corruption. The main aim of this research is to create awareness about the laws and rights that exist for the safeguard of Indian citizens. Further, the research will continue with the suggestion regarding corruption law as a part of the curriculum of the Bar Council of India for law students. This research study concludes with the recommendation which will give direction to reduce the unwanted growing wings of corruption because, in 1 kg bags of apples, one apple will be corrupted but not all of them.

This research will focus on corruption as a concept that attracts attention related to the difference of allegation treatment given to common people and the people who work under legislature, executive, and Judiciary. Laws[1] (Shubham Kumar 2017) like Lokpal and Lokayukta Act 2013, Prevention of Corruption Act 1988, etc. are there to reduce the level of corruption but the reality is that still, it is difficult to remove corruption than to reduce

The research aim is to encourage Indian citizens to be aware by providing information about laws and rights that help to protect from corruption with some recommendations the related curriculum of the Bar Council of India.

1.     Two sides of the coin – Judicial Immunity and Contempt of court in case of corruption

1.4.  Concept of Contempt of Court

2.     Lokpal and Lokayuktas Act 2013 working against corruption or not.

2.4.  Loopholes related to the Lokpal and Lokayoktas Act 2013

3.     Awareness among the Indian citizens regarding laws and rights to project from corruption

3.1.  Certain laws which are against the corruption

4. Corruption law for Law students as a curriculum of the Bar Council of India

4.1.  Curriculum of bar Council of India

4.2.  Inclusion of Corruption law benefit under curriculum of Bar council of India

Sneha Mahawar. 2021. An analysis of the immunity granted to judicial and quasi-judicial authorities. August 21. https://blog.ipleaders.in/analysis-immunity-granted-judicial-quasi-judicial-authorities/.

[1] Laws against giving and taking bribe in India, ipleaders.in, available at: https://blog.ipleaders.in/laws-giving-taking-bribe-india/

[10] The Lokpal and Lokayuktas (Amendment) Bill, 2016, prsindia.org, available at: https://prsindia.org/billtrack/the-lokpal-and-lokayuktas-amendment-bill-2016