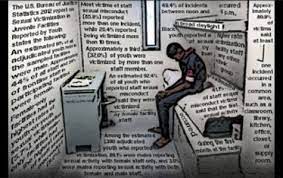 THE JUVENILE JUSTICE SYSTEM IN INDIA,

A child is a member of the society in which he is born, grows up, lives, and dies.
As he grows older, he will be inspired by the surroundings and social context that
surrounds him. A person who has not reached the age of eighteen is referred to as
a “juvenile” or “child.” A ‘Child’ is defined as any human being under the age of
18 years old, according to international law. The United Nations Convention on
the Rights of the Child provides a globally agreed definition of a child today
(UNCRC). Section 2 (k) of the Juvenile Justice Care and Protection of Children
Act, 2000 defines a “juvenile” or “Child” as someone who has not reached the
age of eighteen. Juvenile Justice is the legislative framework that defines justice
for juveniles in India’s constitution. It supports and provides particular
approaches to the prevention, deterrent, avoidance, and treatment of juvenile
delinquency.

DIFFERENCE BETWEEN JUVENILE AND CHILD

A minor could be one who is under the age of full legal obligation and
responsibility, or who is under the eld of eighteen years. a child accused of a
criminal offense isn’t tried as an adult and is instead transferred to the kid Care
Centre, whereas a juvenile is someone aged sixteen to eighteen. A juvenile
offender could be a minor who has been charged with a criminal offense and is
tried as an adult in court. Both terms have an identical meaning generally, but
the excellence is within the context of legal ramifications. Minor denotes a toddler
or a teenager, whereas juvenile denotes an immature individual or a young
criminal

The term “juvenile delinquency” refers to a wide range of child and adolescent
behaviors that society does not approve of and for which admonition, punishment,
or preventive and corrective actions are warranted in the public interest. Juvenile
delinquency refers to a child’s or adolescent’s failure to fulfill certain societal
obligations.
The word juvenile delinquency, according to Walter Reckless (1957), refers to the
breaking of the criminal code and the pursuit of specific patterns of behavior that are
not appropriate for children and young teenagers.

Juvenile crime does not occur naturally in children, but it is largely prevalent in
them as a result of their upbringing, their own irrational actions, or just a lack of
discipline and sufficient education. The following are some of the factors that
contribute to juvenile delinquency

Urbanization that was not planned:

Urbanization is the product of industrial development and economic progress. As
a result, a substantial population of people moved from the hamlet to the city. It
spawned additional issues such as housing, slum living, overcrowding, and so on.
Because of the high cost of living in cities, even women are forced to work outside
in order to support their families financially. As a result, children are neglected,
and parental control is ineffectual or non-existent. Young people are enticed by
the comforts of life, and they may act inappropriately to satisfy their desires. As
a result, one of the major causes of juvenile delinquency is uncontrolled
urbanization.

The majority of the time, family economic troubles are the root of juvenile
criminality. Youth from low-income families are more likely to engage in
criminal activity. When parents fail to provide basic essentials such as food,
clothing, and shelter, their children turn to delinquency in order to obtain money
through any means possible. Juvenile delinquency is the result of a desire to
change one’s economic situation as quickly as possible.

Children who have been subjected to sex assault or any other sort of unwanted bodily
assault as a youngster may have undesirable behavior and thinking. At this age, they
may become more vagrants or seek sex experience. Boys may be encouraged to conduct
crimes such as kidnapping and rapes if there is too much sex variety.

One of the most important variables in teenage behavior is biological,
psychological, and societal aspects. Teenagers at this age are more mindful of
their appearances and styles, as well as their enjoyment, food, and play. They
crave freedom and independence at this age, but their parents, instructors, and
elders do not always provide them with these opportunities, which contributes to
the development of anti-social conduct in them.
As a result, antisocial behavior, biological changes, and psychological factors are
some of the factors that contribute to juvenile delinquency.

Prior to the arrival of the British in India, children’s actions were governed by
Hindu and Muslim personal laws, and children’s members of the family were held
culpable for his or her children’s behavior. Under British control, the necessity
for specific regulation for Indian children was recognized, and The Apprentice
Act (1850), the Code of Criminal Procedure Act (1861), and, as a result, the
Reformatory School Act (1876 and 1897) was all passed. Under the Apprentice
Act, impoverished and petty criminals between the ages of ten and eighteen were
to be prohibited individually (1850). Section 82 of the Indian law code was
introduced in the year 1860. Impoverished and petty criminals between the ages
of ten and eighteen were to be dealt with separately under the Apprentice Act
(1850). The unique status accorded to children was likewise upheld by Section 82
of the Indian Penal Code1860. By lowering the age restriction, it excluded minors
under the age of seven from being held responsible. The Code of Criminal
Procedure (1861) also acknowledged the special status of juvenile criminals,
allowing for separate trials for them. The legislation also stated that children who
are convicted should be
placed in reformatories rather than prisons. These measures demonstrated a shift
in the legislature’s attitude about children’s punishments.
The Reformatory School Act of 1876 and 1897 is seen as a predecessor of a slew
of subsequent juvenile offender legislation. It called for delinquents to be sent to
reformatories for a period of two to seven years. When they turned eighteen,
however, they were to be transferred to prison cells.
This Act also included provisions for the rehabilitation and reintegration of
juveniles. Following India’s independence in 1947, juvenile justice policy was
based on the mandates of different provisions of the Indian constitution. The
following are some of the articles concerning children’s welfare:
Protective discrimination is provided for in Article 15, clause 3. It gives the govt
the authority to form specific provisions for girls and kids.
According to Article 21, clause A, “the State shall provide free and compulsory
education to all or any children aged six to fourteen years in such manner as the
The state may determine by legislation.”
Article 24 stipulates that no child under the age of fourteen years old may work
in a dangerous factory, mine, or other hazardous occupation.

JUVENILE JUSTICE AND CONSTITUTION OF INDIA

The Indian Constitution is considered the country’s organic law. Citizens’ rights
and responsibilities are outlined within the Constitution. It also includes
provisions for the right operation of state machinery. Part III of the Constitution
establishes Fundamental Rights for citizens, while Part IV establishes Directive
Principles of State Policies (DPSP), which function general principles within
the formulation of state policies. Some basic rights and provisions, particularly
for the welfare of youngsters, are enshrined within the Constitution. For instance:
Between the ages of 6 and 14, all children have the right to a free and compulsory
basic education. The right to be protected from risky work while under the age of
fourteen (Article 21A). The right to be safeguarded from all forms of adult abuse
(Article 24). The right to be free of human trafficking and the bonded labour
system. (Articles 39, 40, 41, 42, 43, 44, 45, 46 The right to adequate nutrition and
a good standard of living. The Indian Constitution allows states particular
authority to establish special legislation for the development and wellbeing of
children and women under Article 15(3).

Since the early 1900s, juvenile policies and initiatives in England and Wales have
been founded on various theories about why young people commit crimes and
how to counteract them. Most approaches to juvenile criminality have emphasized
the necessity for some form of punishment while also attempting to incorporate
rehabilitation in various ways. Due to the ineffectiveness of numerous institutions
and programmes at the time, the principal institutionalized approaches to juvenile
offenders began to be challenged un the 1960s. The new Criminal Justice Act of
1982 established severe standards for issuing a prison term. Police officers were
instructed between 1985 and 1990 to only issue warnings to juvenile offenders.

The Juvenile Delinquents Act of 1908, Canada’s first national juvenile justice law,
recognized children and juveniles as separate from adults and said that they
should not be held liable for criminal law violations in the same way as adults
are. The juvenile justice system in Canada has developed throughout the last
century, with the passage of the Youth Criminal Justice Act in April 2003 being
the most recent example. The law was passed with the intention of lowering
Canada’s rising juvenile incarceration rate is based on the belief that community-based remedies are more effective in dealing with young offenders. The Youth
The Criminal Justice Act (YCJA) ensures that young people’s legal rights, such as
access to counsel, are protected. The Youth Criminal Justice Act is a Canadian
statute that took effect on April 1, 2003. It has to do with juveniles being
prosecuted criminally. The Young Offenders Act succeeded the Juvenile
Delinquents Act, which was replaced by the Juvenile Delinquents Act. The
preamble of the Act recognizes that youth have rights that are guaranteed by the
Charter of Rights and Freedoms, the Canadian Bill of Rights, and the United
Nations Convention on the Rights of the Child.

The Children’s Court of Law, which first opened in Chicago in 1889, was a
significant addition to the juvenile justice system. Probation and the resolution of
family problems assumed to be reflected in delinquent behavior were central to
the reformist concept implemented in juvenile courts. Juvenile detention centers
were designed to take the role of jails as the major source of interim secure
custody for minors while their cases were being processed. There were operations
that were carried out “on behalf of” rather than “against” the minor.

There have been a few cases that have been noticed that come under the jurisdiction of
the Indian Juvenile Justice Act: