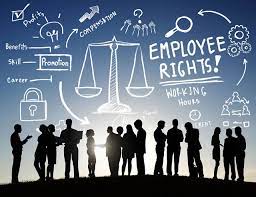 Transition of the Education System from Ancient to Contemporary Period

In ancient times, Takshashila was a noted place of learning for several centuries, including religious teachings of Buddhism. It continued to attract students for education from around the world until its destruction in the 5th century CE. Takshashila was an ancient Indian city which was famous for its higher education and the curriculum comprised the study of ancient scriptures, law, medicine, astronomy, military science and 18 silpas or arts. The primary methods of teaching in Takshashila University were debates and group discussions, which were necessary to enhance the learning skills of students. In ancient times, Nalanda was a centre of higher learning in various disciplines from 5th century CE to 12th century CE. It was one of the famous and oldest universities of the world. It attracted the students from different parts of the country and the world to study here. In Nalanda University, the more emphasis was given on the study of vedas, fine arts, medicines, mathematics, astronomy, politics and the art of warfare. The courses of study offered by Nalanda covered a wide range of knowledge.

The modern education was introduced during the British Empire. Under the Company Rule, for the first 60 years of its dominion in India, the East India Company took no interest in the development of education. Later on, Warren Hastings had established Calcutta Madrasa in 1781 for the study of Muslim law and related subjects and Jonathan Duncan had established Sanskrit College at Benaras in 1791 for the study of Hindu law and philosophy. The Fort William College was established by Lord Wellesley in 1800 for the training of the civil servants of the company in vernacular languages and customs of India. Thereafter, the Charter Act of 1813 directed the Company to sanction one lakh rupees annually for the incorporation of principle of encouraging learned Indians and promoting knowledge of modern sciences in the country. The Lord Macaulay introduced ‘downward filtration theory’ in which the British planned to educate a small section of upper and middle classes, thus creating a class “Indian in blood and colour but English in tastes, in opinions, in morals and in intellect” who would act as interpreters between the government and masses and would enrich vernaculars by which knowledge of western sciences and literature would reach the masses. In 1854, Charles wood prepared a despatch on an educational system for India which is considered as the “Magna Carta of English Education in India”. It declared that the aim of the government’s educational policy was the teaching of western education to the masses and systematized the hierarchy of educational institutions. It proposed English as the medium of instruction for higher studies and vernaculars at school level.

In 1882, the Government appointed a commission under the chairmanship of W.W. Hunter to check the progress of education in the country. The Hunter Commission emphasized on elementary education throughout the Indian Empire. Later on, the Sadler University Commission recommended a twelve years school course after passing the intermediate examination. It also focused on the female education, applied scientific and technological education and teachers training. In the period from 1916 to 1921 seven new universities were established at Mysore, Patna, Benaras, Aligarh, Dacca, Lucknow and Osmania. Thereafter, Wardha Scheme of Basic Education (1937) was based on Gandhi’s ideas published in a series of articles in the weekly Harijan. The main principle behind this scheme was ‘learning through activity’.

Three National Education Policies have been in force in India. Former Prime Minister Indira Gandhi has announced first National Policy on education in 1968 on the recommendation of Kothari Commission, when the Government agreed that there should be a national and coordinated policy towards education. The government then set up a 17 member Education Commission under the chairperson D.S. Kothari (Kothari Commission). This policy was known for a National School System, which meant that all students would have access to education irrespective of caste, creed and sex. Further, it conceived a common educational structure (10+2+3) which was accepted throughout the country and also suggested the use of mother tongue (Hindi) as a medium of teaching in early school years. It has given more emphasis on the learning of regional languages and outlined the ‘three language formula’ to be applied in secondary education that was Hindi, English and Regional language. This policy stimulated the teaching of the ancient Sanskrit language, which is an important part of India’s culture and heritage. The NPE of 1968 also included increase in education spending to six percent of the national income. This policy was recognized as “radical restructuring”.

Second National Education Policy, 1986 was announced during the tenure of Rajiv Gandhi as Prime Minister and it was modified in 1992 when P.V. Narsimha Rao was Prime Minister. This policy focused on modernization and role of information technology in education and gave more attention on restructuring the teacher education, women empowerment, early childhood care and adult literacy etc. It also accepted autonomy of universities and colleges. Under this policy the Open University system was expended with the Indira Gandhi National Open University. This policy was recognized as “rural university” model, which was based on the philosophy of Mahatma Gandhi, to encourage economic and social development at the grassroots level in rural India. The NPE of 1986 was modified by P.V. Narasimha Rao Government in 1992 and the Prime Minister Manmohan Singh has adopted it in 2005 which was recognized as “Common Minimum Programme”. The NPE of 1992 has introduced all India basis common entrance examination for admission in all professional and technical programmes in the country.

Recently, the National Education Policy (NEP) 2020 was announced by the Ministry of Human Resources Development (soon to be called the Ministry of Education). It is based on the report of committee headed by eminent space scientist Dr. K. Kasturirangan. The Union Cabinet has approved the New Education Policy in July 2020 with an aim to introduce several changes in the Indian education system and to pave a way for transformational reforms in school and higher education system in the country and the universalization of education from pre-school to secondary level. This new policy has replaced the 34 years old National Policy on Education, 1986. The vision of the New Education Policy 2020 is to develop an education system that contributes to an equitable and vibrant knowledge of society, by providing high quality education to all and to develop a deep sense of respect towards the fundamental rights, duties and constitutional values.