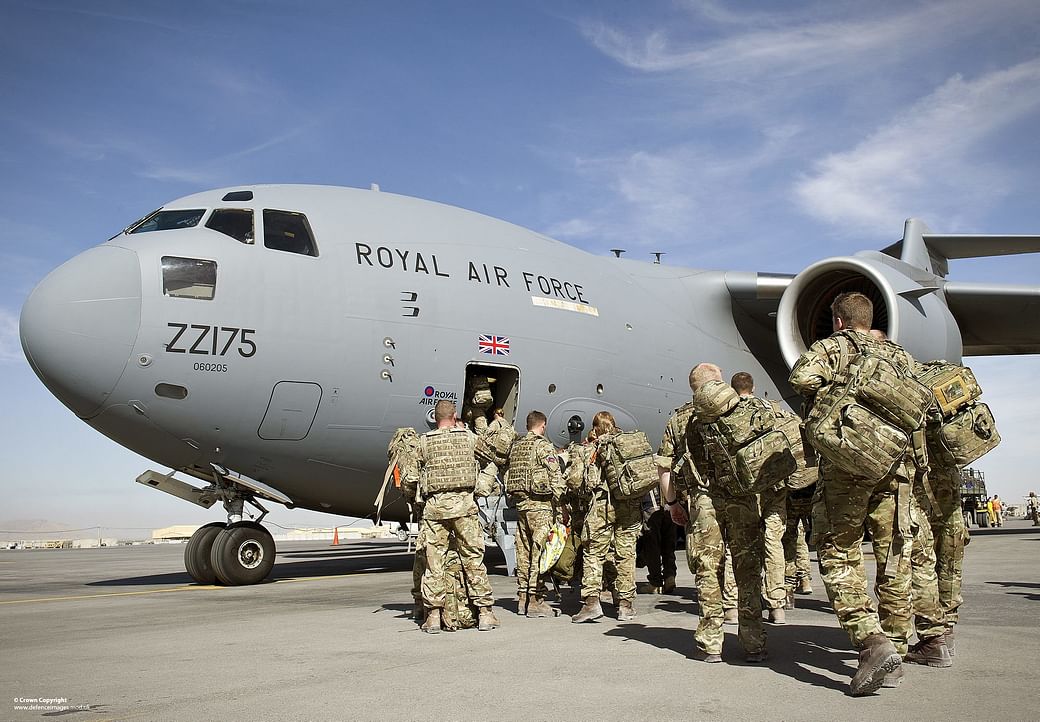 Afghanistan emerged as a prominent US foreign policy concern in 2001, when the US began a military operation against Al Qaeda and the Afghan Taliban regime that housed and backed it in response to the terrorist attacks of September 11, 2001. In the 19 years afterwards, the US has incurred over 22,000 military losses (including around 2,400 fatalities) in Afghanistan, and Congress has committed approximately $144 billion for reconstruction and security forces there.

Money and troops are two tangible assets that boost America’s influence on the ground. Since 2002, the United States has spent around $144 billion in Afghanistan on “relief and reconstruction,” the majority of which has gone toward the establishment of new security institutions and the maintenance of Afghan forces.

The fate of Afghanistan, now a nation of more than 35 million people, has been linked with the American military presence during the last 20 years. The changes in Afghan society during that time, for better or worse, represent a duality of violence and privilege unleashed by America.

After more than a year of talks, US and Taliban representatives signed a bilateral agreement on February 29, 2020, agreeing to two “interconnected” guarantees: the withdrawal of all US and international forces by May 2021, and unspecified Taliban action to prevent other groups (including Al Qaeda) from using Afghan territory to threaten the US and its allies[1].

The United States and its international partners are withdrawing military soldiers from Afghanistan as part of a drawdown announced by President Biden on April 14, 2021, signaling the end of the nearly two-decade-long US military engagement in the country.

In a February 2020 agreement with the Taliban, the Trump Administration agreed to withdraw military forces by May 2021 in exchange for the Taliban agreeing to prevent other groups, including Al Qaeda, from using Afghan soil to recruit, train, or fundraise for activities that threaten the US or its allies. According to United Nations sanctions monitors, US officials claim that the Taliban have not met their obligations, as violence between the Taliban and the Afghan government has risen and Taliban contacts with Al Qaeda remain in place.

President Joe Biden made it plain in his presentation on Thursday that the future of Afghanistan and concerns about women’s and girls’ rights were not in the hands of the American military, but rather the responsibility of the existing administration. In his opinion, America’s objective was not to construct a nation in Afghanistan, and it was “the right and obligation of the Afghan people alone to decide their future and how they wish to manage their country.” He emphasized that, in the spirit of democracy, America has appropriately equipped the Afghan police and military, as well as the ramifications of the pandemic.

President Joe Biden‘s decision to withdraw all troops from Afghanistan by September 11, 2021, after two decades of military presence in the region, has been met with uncertainty and questions about Afghanistan’s fate, as the country is incapacitated by the Covid-19 pandemic, and the continued presence of the Taliban and an American military pull out in the region at this juncture will lead to the closure of all the gains the country made in the last 15 years.

When it comes to Afghanistan, center-left politicians and policymakers appear to be just marginally less pessimistic. Even inside his own party, the president has garnered remarkably little support. The majority of Washington policymakers have supported the Afghan war for the past two decades and will never think that a secure departure is possible.

Reports of defections, surrenders, and defeats mounted when the United States began withdrawing its forces. According to Ignatius, “the Afghan army is crumbling in numerous regions” after the president’s statement. And, in the void, ethnic militias and criminal gangs are increasingly providing the sole security for a fearful populace.” Since the announcement of the pullout, scores of districts have been conquered; according to one analysis, the Taliban controls more districts than the government. Concerns about the safety of major provincial capitals have grown.

The brutality of Afghanistan and the rise of the Taliban cannot be resolved from outside. International participation will undoubtedly impact developments on the fringes in Afghanistan. Different countries are capable of shaping the government of Afghanistan, the Taliban and the power breakers of Afghanistan. Their measures, however, will increase violence rather than mitigate it, despite the fact that all regional players are against civil war, the Islamic Emirates or a Taliban-driven government alone.

Since US and NATO soldiers “retrograde” before the schedule, it is obviously possible in just a few months to reverse the complexity of 20 years of coordinated support for the ANDSF. In the context of supply contracts, maintenance and operations, and notably for the Afghan air force, unforeseen regulatory and contracting barriers have caused gaps. The Afghan government is eager to locate additional suppliers of munitions, to establish free-of-charge fuel contracts and to recruit non-US maintenance workers for helicopters.

There are at least four major scenarios for Afghanistan in the next three to five years. They include a significant preservation of the current political regime; a power-sharing agreement between the Taliban and important Afghan powerbrokers without significantly more killing; quick Taliban wins on the battlefield and in political dealmaking; and a protracted and splintered civil war.

The later, more pessimistic alternatives are significantly more likely. The first is exceedingly unlikely: the retention of the existing political order, with competitive elections and constitutional commitments to human, minority, and women’s rights, i.e., the preservation of the existing Afghan constitution. The Taliban is simply too militarily powerful and politically astute for such a result. It seeks major social and political transformations. The uncertainties include the magnitude of the losses that the existing order will bear and the amount of bloodshed that will occur as a result of the procedure.

The US has the greatest power with the Government of Afghanistan by financing the Afghan National Defense and Security Forces (ANDSF). Reduced funding would result in the ANDSF collapsing and the Taliban gaining power quickly. Washington also contributes to the civilian administration in Afghanistan, which will be the foundation for any future government.

Aside from the immediate impacts on Afghan forces and capabilities, a full US military withdrawal might have second- or third-order effects on the fragile Afghan state, particularly in terms of local views of US intentions and the impact of US withdrawal on Afghan forces. Recalling the complex, multi-sided civil war of the 1990s, some Afghans have recommended that local villages (and, often, their associated militias) pursue more independent withdrawal. Some Afghan authorities have stated that continuing infighting among Afghan elites may be as dangerous to Afghanistan’s political system as the Taliban.

Afghans from all political parties expressed worry over increased ethnic differences in society and perceived ethnic prejudice in government appointments. Political leaders know that they are more powerful when they work together to defeat the Taliban. However, deep suspicion and political selfishness have stymied progress on a proposed High State Council, which would broaden the government’s tent to include Abdullah Abdullah and former President Karzai, among other political leaders, in decisions on peace and security with national implications. So far, the political crisis has been viewed as an opportunity to settle old disagreements over power-sharing inside the Republic rather than unite to fight the Taliban’s existential danger. Outside of government, there is a widespread belief that the leadership is failing to recognize the gravity of the problem.

The United States and its partners currently need to work for the Afghan political scene to be as unified as possible around the government and discourage the Taliban from being separately accommodated. International actors should help the Afghan government, such as current initiatives for the National Unity Council, and encourage dialogue between them. The more Afghan policy players unite with the Taliban, the less political concessions they have to make to the Taliban.

The United States and other international actors can try to alter the Afghan government’s approach to negotiations by granting or denying visas and refuge to key government officials and potentially threatening to capture its unlawfully acquired financial assets outside Afghanistan. Naturally, this latter requires portfolios of accusable problems against government members.

Shaping the Taliban’s reign would be the most strategic international engagement. Aside from counterterrorism, the first step would be to persuade the Taliban not to exclude ethnic minorities from the new rule. The international community should also work to decrease the scope of human rights violations, particularly those affecting women’s rights. Educating the Taliban on the standards and modalities of modern governance, such as donor aid requirements for social inclusion, women’s rights, and financial accountability, is another important shaping tool. Twenty years after intervening to oust the Taliban from power, the best we can do is limit the level of losses to rights already granted to Afghans while avoiding exacerbating and prolonging the country’s civil war.

[1] The text of the agreement is available at https://www.state.gov/wp-content/uploads/2020/02/Agreement-ForBringing-Peace-to-Afghanistan-02.29.20.pdf. Non-public annexes accompanied the agreement.