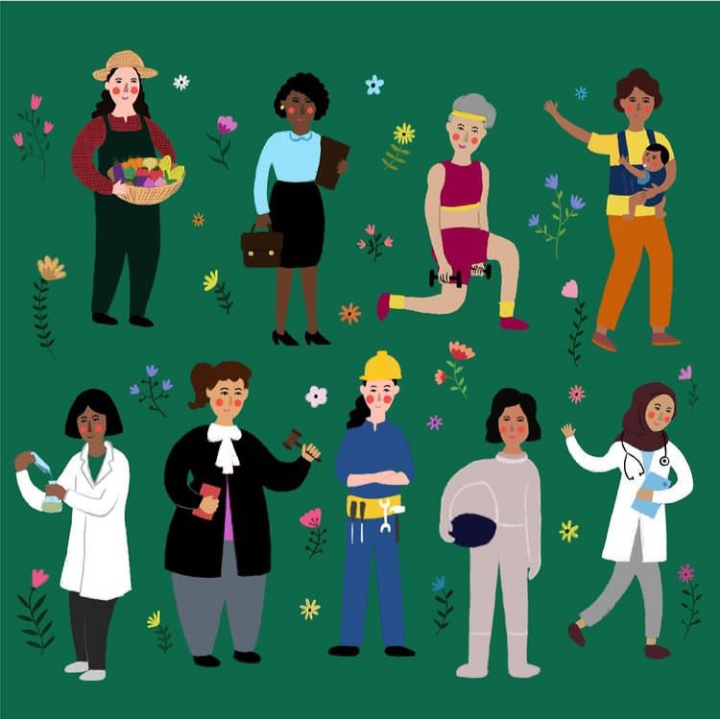 Prostitution and other activities in the sex industries have been conceptualized as forms of labor, or at least as income-generating activities. Women choosing a profession as a  sex worker is to objectified in society. As labor, these activities are exposed to particular risks with respect to health, working conditions, exploitation, and stigmatization.

1 .why they don’t disclose their occupation openly?

3. Lack of neglecting their health by Government, society

4.  Lack of awareness among Sex workers that they have constitutional rights and their rights need to be protected.

5. Sex work in India is conflated with trafficking for sexual exploitation.

1-What do sex workers agree or refuse to do?

2- Do sex worker discuss their work with their friends and family?

3- Do sex workers use drugs?

5- What do sex workers need?

6- How to better intervene with sex workers?

Sex work can be said to be the profession of a wide range of activities in need of exchange of money.  According to the survey, there are over 800,000 sex workers in India[1]the purpose of this research was to gain an understanding of the relational gains of being a commercial sex worker, which may be overlooked due to societal moral opposition to the occupation. The main reasons for choosing the profession by women are mainly money, debt, and mainly the migration from one place to another in search of jobs which leads them to choose. Women sex worker goes through physical, sexual, emotional, or psychological violation. Violations include homicide; physical and sexual violence from law enforcement, clients, and intimate partners; unlawful arrest and detention; discrimination in accessing health services; and forced HIV testing. According to our survey done by us still, peoples feels uncomfortable talking about sex workers about their profession A preliminary analysis[2] of cases in the twenty-two high courts between 2010 and 2013 pertaining to sex work/ prostitution and loitering or creating public nuisance under the penal code or police acts indicated only eight such cases. This abysmally low figure indicates almost negligible access of sex workers to the higher judiciary and courts of appeal. It indicates denial of opportunity to sex workers for correction of errors made by lower courts, emerging from lack of understanding the specific circumstances of sex workers, having to barter sexual favors to lawyers, as well as bias and prejudice due to her identity.[3]

Sex workers commonly face significant stigma-related barriers regardless of where they work, due to their perceived violation of gendered norms through sex with multiple partners and strangers, taking sexual initiative and control, inciting male desires, and receiving fees for sex. Stigma can be external and enacted through discrimination by others, or an internalized sense of shame, and is generally accompanied by an intense fear of others ‘finding out about their work due to the stigma associated with it

Information from the AIDS Council of NSW (a state in Australia) suggests approximately 20,000 legal and illegal sex workers are working in the Australian sex industry at any one time. Most sex workers in Australia predominantly work in the legal indoor sex industry, with estimates of between 2%-10% of street-based workers in the industry. It is difficult to provide estimates of the number of sex workers due to the transient nature of sex work and sex workers’ reluctance to report working in the sex industry. This is often due to aspects that remain criminalized which may result in them incriminating themselves or making themselves a target of abuse (20). The stigma surrounding the industry also means they are often reluctant to disclose their work even with family and friends, and the knowledge that in Australia once registered, their name will remain listed in a sex work database regardless of whether they are still working in the industry.

While considerable research has been conducted on street sex workers, there is considerably less data on indoor sex workers. The majority of past research on indoor sex workers has related to condom use and physical health. Past research has found that many sex workers use condoms with clients but are less likely to in their personal lives. The absence of condoms appears to signify security, intimacy, and trust between sex workers and their personal partners. Perceived intimacy is the strongest predictor of non-condom use, with condoms serving as an emotional, physical, and symbolic barrier between sex workers work and personal lives

A qualitative approach was adopted as this approach emphasized people’s lived experience and suited for health care research and stigma research. This approach would allow the researcher to get rich and in-depth information of FSWs stigma experience when accessing health care services. The individual interview was considered best suited to topics that are sensitive in nature and was employed in this study.

A sex worker is a person who provides sex work in exchange for money either it is a regular basis or occasional basis. Sex workers work in various settings (e.g., brothels, lodges, and homes). In some countries, the sex workers providing services are totally banned and in some countries, it is totally allowed. In India the court decriminalized the sex work but not the work done in lodges, brothel due to this service the health of the women are neglected as there is no awareness about the infection which is infected. An estimated 4.9 million people were newly infected with HIV around the world in 2005[4]. Bombay High Court observed in a recent ruling that prostitution is not a criminal offense and that women have the right to choose their vocation. The observation was made while ordering the administration to instantly release three young women sex workers who been detained at a corrective home for almost one year now. Justice Prithviraj Chavan also added that a woman cannot be detained without her consent. Sex workers don’t disclose their work to healthcare providers. This is because of favors, fear of disapproval, or disbelief that sex work can have effects on their health. The criminalization of sex work in many places can also lead to a reluctance to disclose for fear of being turned in for illegal activities. Health risks of sex work relate primarily to sexually transmitted infections and to drug use. In one study, nearly 40% of sex workers who visited a health center reported illegal drugs. Forced sex work is when an individual enters into any sex trade due to coercion rather than by choice. Forced sex work increases the likelihood that a sex worker will contract HIV/AIDS or another sexually transmitted infection, particularly when an individual enters sex work before the age of 18.[5]In an assessment study, it was estimated that around 40%to 70% of violations are done against women sex workers in a year

Sex workers are even discriminated against while getting justice because of their work. Even they are told to give those favors

There are many NGOs’S have increased their programming to improve conditions within the context of sex work, these programs are criticized at times due to their failure to dismantle the oppressive structures of prostitution, particularly forced trafficking. They have started educating the women about their rights provided to them even they have started rescuing them from the place they have been brought through illegal coercion, force

Through this research, people will start to understand the condition sex workers are going through to provide legal aids and NGO

Changing the current culture and climate requires addressing all forms of sexual harassment, not just the most egregious cases; moving beyond legal compliance; supporting targets when they come forward; improving transparency and accountability; diffusing the power structure between faculty and trainees; and revising organizational systems and structures to value diversity, inclusion, and respect. Leaders at every level within academia will be needed to initiate these changes and to establish and maintain the culture and norms. However, to succeed in making these changes, all members of our nation’s college campuses—students, faculty, staff, and administrators—will need to assume responsibility for promoting a civil and respectful environment. It is everyone’s responsibility to stop sexual harassment.

[2]Analysis of High court cases in the context of sex work, Rakesh Shukla, Centre for Advocacy on Stigma and Marginalisation, 2014

[4]An estimated 4.9 million people were newly infected with HIV around the world in 2005