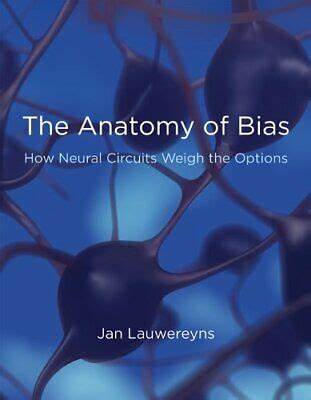 Dissecting the erotic-philia betwixt India and Patriarchy, circumnavigating through the boulevard of gambling. From Mahabharata’s Yudhisthira to Teen – Patii’s Amitabh Bachchan, to Sidharth Malhotra’s Marjaavan , why are menfolk considered to be the masters of gambling ?? Draupadi’s question of the legality of gambling her off, when Yudhishthira, is not the master of himself, for he has lost his sovereignty earlier in the game. Acts as a beacon light to delve deep into the entrenched bigotry and patriarchy. Gender roles and the silhouette of stereotypes delves deep into the Gaia’s condominium which spurts out the redolence of doting petrichor as briny – stigmas that erode the reformation palatial. Since time immemorial, womenfolk has been checked upon as pawns to strengthen strategic alliances. Marriage, being, the ideal boulevard to this, snatch away the liberties of the”weaker sex” and garnishes authority to men, i.e., their consorts i.e.their owners to tame and discipline them. The pertinence of subjugation, suppression, and strict domination erects the caricature of Servus Callidus, gaslighting the plight of women, shoved to the inner quadrangle of the tenebrosity. The bacillus of patriarchy thrives well in the moist humus-clad amphora of orthodoxy.Patriarchy satiates the virility of man, via subjugating the carnal desires of women, brushing aside the liberties of women as frivolous, and guaranteeing absolute autonomy to menfolk over their property a.k.a their wife. In Babylon,1990 BCE,

A man could be sentenced to doom, for forcing sex upon someone’s wife or daughter i.e. under the charges of vandalizing someone else’s property. Astern laws considered rape a property crime and not an attempt to ravage someone’s dignity and forcing upon themselves, without their consent. In Rome, men aspired to achieve virility by sexual dominance over their wives or male slaves. The Vedic texts and Upanishads emphasized and equated the sexual potency of a man to his “manliness”,i.e.with his ahem, standing “rod”. Kamasastriya Literature legitimizes the infliction of sexual violence over the ganikas and courtesans. However, later, the idea of rape being a violation of a woman’s sexual purity peeked into the societal paradigm, during the 17th century, whilst in the Qing Dynasty or British-colonialism, jostled the womenfolk to the inner quadrangle, imprisoned by the manacles of sexuality and chastity. Once, a British jurist adjudicated that woman “gave herself” to the husband, thus, the catechism regarding marital rape is unacceptable and vague. During the 18th- 19th centuries, with the emergence of British middle-class-mentality and Victorian-morality, rape was considered to be a threat to women’s chastity outside the household; from which the fathers, husbands had to protect their property.

In 1860, IPC section 375 was eradicated which sought to criminalize marital rape. However, during the Suffragette Movement and the Feminist Movement in the diminutive burg of the United States, activist rallies and their demands garnered international accolades for their cause to stand steadfast and mustered up the courage to rugby-tackle the masochistic-hubris of the dominant group, thwarting the rights of women. The genesis of nuptial preparations has naught to do with emotional intimacy and filial approach.Bouten has been the bridleway to strengthen the strategic alliances betwixt the contending parties. With diamond rings to streak the reign over the consort and not eros until the Victorian era.This vitrine the plight of women underneath the exploitative garb of orthodox patriarchy. In 2012, against the judicial-commission recommendations to criminalize marital rape, the Parliamentary Standing Committee erased the relevance of the motive citing the lilliputian reason that the anti-marital-rape laws will turn familial-pattern topsy-turvy, ravage marriages and create complete-anarchy in the households. These parochial-bigots musings hark back to the idea of women, being the sexual property of her husband, and is obliged to give in, whenever the man desires. The TV ads, cinematic tropes vitrines the sexual subjugation as harmless and reiterate the notion of rape as a threat “only” from the “malevolent-outsiders”.

From 2500 BCE Ancient Sumeria till today, in the OTT-platform or mainstream-pornography, women are trained as men’s object of lust, to satiate their carnal-thirst; “sexless”, rebuffing their “virile” male partners with invented headaches. Women who openly confess their sexual desires are reviled as sluts or cougars.Women’s carnal thirst is often camouflaged for being gratuitous, taboo, unseemly, and obscene. The judiciary who is the custodian of the Constitution must take a stance to not only metamorphose the law on paper but to manhandle the age-old greyed ideas which still sneers at women being the property of their husband and not the individuals to own their agency.To destabilize the condominium of nuptial-sanctity, that is constructed over the subjugation of women.To uproot the shriveled-foliage of orthodox culture that denies women their basic rights and bodily autonomy. Why are men considered to be the masters of gambling?? Howsoever, herein the investigation is over the male-domination over the bassinet of gambling ?? Tracing back to the events of genesis::- Diwali is one of the few social festivals where womenfolk is allowed to gamble publicly.

On this auspicious day, Goddess Parvati gambled with her consort. However, thorough peeking and skimming the religious manuscripts and texts sculpts the stain on, exclusively for men. Krida was common between women and children.Dolls were known to the girls.Women enjoyed the swings along with their consorts.Hunting was popular amongst the kings and nobles. Whereas, the common man was fond of cockfights, gladiator fights, naval battles, animal fights, chariot races, and ram fights. Along with male-dominated sports such as horse races, cricket in the 18th – 19th century, the notion of gambling, being man’s favorite pastime acquired the potbellied mantle of reservation. According to reports, the public spaces wherein, gambling is pertinent, mirrors the dominance of menfolk either in gathering around the chauppals of rural – Punjab for playing cards or teer – gambling in Meghalaya. The tattered misogynist rimmed – lenses sneers at the idea of women participating in gambling. The orthodox ecclesiastical rebukes the audacity of them. Gushing out the dreary nasal gyp, postulating their opprobrium of such ” indecency ” on the part of docile, homely women. However, the cinematic portrayal comes to succor, not in an extensive manner but of objectification. Subjugated to the roles of femme-fatale to lure the hapless men , as servers of piquant fricasse and claret-hued intoxicants and damsels in négligée as lucky – charms , lady-luck.

A lucid description of lady-in-waiting, gamboling their feeble hands across the potbellied greyed-hairy buxom and shoulders of men, ravages the ethical code of conduct of “sarva-guna sampaan naari “.

The dominance of menfolk in the gambling sphere is quite acceptable, for the obvious reasons, for pelf making, managing, distribution and playing with it, is the man’s domain.

Whereas womenfolk dealing, carousing with notes of piquant crispy pelf generally has to face stark opprobrium from the societal paradigm, and are rebuked as gold-diggers and too slut-shamed.

In recent years, it has been found according to BBC sources, 66% of men,59% of women have provided participated in some forms of gambling, such as the lottery. Women have taken the advantage of relative anonymity and privacy of online gambling to unleash the vigor of their inner-juwadis. Sources from The Telegraph suggest gambling physically alters the brain, shoving people to the tenebrous milieu of palpitations, anxiety, and depression…

However, the redolence of gambling camouflages the ill effects of the same on the emotional and mental health of the contending parties as well as the impact of gambling addiction has on the whole family.

Maybe someday in the contemporary juncture, when we stop considering gambling as a huge vice and overthink, peek into malevolent gender – stereotypes underneath the futon of gambling.

And scrutinize whether this practice perpetuates the gender – bias in general and interrogates why only men are capable of undertaking risky – ventures, irrespective of whether it’s good or bad.