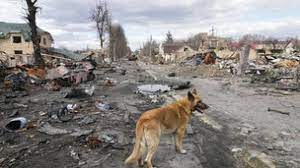 “LIFE ARMED WITH ABILITY TO SPEAK CAN RAISE  VOICE FOR THEIR RIGHTS, THEN WHO WILL RAISE THE VOICE FOR THOSE LIVES, WHO CAN’T SPEAK? DON’T THEY POSSESS A MERE RIGHT TO LIFE?”

I always find one or more awareness posters and videos regarding animal abuse while scrolling through my Facebook account. But this social media advertency couldn’t stop the barbaric killing of the pregnant elephant in Kerala. On note of Animal Rights Violation we must understand that animals and humans are the parallel tracks of the nature train; they too have a life to live. But the inhumane treatment towards the animals, who deserve our care, attention and respect, is only increasing in an agonizing ways like killing them for their valuable body parts, captivating and torturing them for entertainment and other profitable businesses. This atrocity doesn’t stop here; people are mutilating these wimp creatures for fun.

Countless cases of animal cruelty have come up in recent days like raping the female animals in vicious manner. A pregnant goat was gang raped by 8 fiendish men in Haryana, 100 stray dogs were culled and dumped in a forest in Hyderabad[1], leopard electrocuted and burnt in Telengana[2] beating, poisoning and burning them to death for silly things are noticed throughout the nation. Randomly travelling by road we see many stray animals were run over by speed vehicles. Even pet animals are seen abandoned on the roadside or garbage area. Scientific experiments, poaching, illegal trafficking of animals, using them viciously for transportation, tourism and killing them in the name of rituals are disgraceful. So, Animal Rights Violation should stop at any cost.

Plethoras of finest legalities are there to provide them a secured life. Some of them are listed below:

In spite of these provisions, the heinous crime of animal abuse is only increasing which is indicating its failure of execution. Laws need to be amended as per the current situation. Veracious rules and punishments as rigorous imprisonment need to be structured instead of low amount of fine to let people know that animals also have right to life and violating it through any form of cruel behavior would be a punishable offence. Other than the animal based food, no animals should be killed, slaughtered and sacrificed. Any type of experiments of medicines, drugs, cosmetics or any other products on these innocent should be strictly banned. Rigid punishments should be given to the culprit and people must realize that animal’s rights are as important as theirs’ because God has created an unbreakable chain between humans and animals which is a must for ecological balance.

The Supreme Court has banned the practice of Jallikattu of Tamilnadu in the case of Animal Welfare Board of India v. A. Nagaraja & Ors.[3] which involved ragging bulls being trained to fight. N.R. Nair and Ors. V. Union of India and Ors. Case gave the absolute validity to Section 22 of PCA act and stated prohibition of animal exhibition is necessary because it may cause major discomfort and injuries while training and confined. People for Ethical Treatment of Animals v. UOI  has mandated that a film production needs to obtain a no objection certificate to use an animal. Court stated that custody of animals shall not be given to the accused in cases of abuse in the case of State of U.P. v. Mustakeem and Ors. Strict rules of prohibition of cattle smuggling across the border for Gadhimai animal sacrifice in Nepal as implemented in  Gauri Maulekhi v. UOI and Ors[4].

Despite of having a bellyful of laws and regulations; animal abusing has increased to the height of inhumanity. Rigid execution of punishment is the need of hour. Different NGOs and wildlife organizations like PAWS, Wildlife Conservation Society, Gorilla Doctors, WWF, and International Fund for Animal Welfare are working to give care and safety to animal habitats across the world. STRAW (Stray Relief and Animal Welfare) India works for welfare of animals through medium of humane education, workshops, presentation. This also helps counseling pet owners and helps coordinate rescue operations.[5] Educating people about animal rights is good but applying them in life makes us the real human. We can arrange small huts along roadside, under the tress and on barren lands, extra food from homes, feasts and other places can contribute a large for stray animals. More biodiversity regions should be declared to control deforestation and urbanization so that no animals will be killed and tortured for encroaching human lands. Animal care centers must be inspected regularly to ensure healthy and safe lives of animals and birds. Though social media is doing well to create awareness for animals, but its execution is also important. People also keep pets just to abuse them for profitable reasons, these planned abuses need to be stopped. Animal transportations must be banned because heavy weights and long pestered journeys make them uncouth. Surprise visits and inspections should be made to check the well treatment and health of animals in the veterinaries, animal care and rescue centers.

Animals also have their own life to live, they deserve to have an undisturbed life in this planet, but these hardhearted people think that they have absolute rights over the speechless animals. They need our tender attention because they don’t demand money, luxury and big mansions, but a shelter to live and food to eat. Being courteous towards animals will not degrade our status, it will create a harmonious bond. To quote Anatole France, “Until one has loved an animal, a part of one’s soul remains un-awakened.”

79 thoughts on “ANIMAL RIGHTS VIOLATION: TACIT VOICE OF THE INNOCENTS”