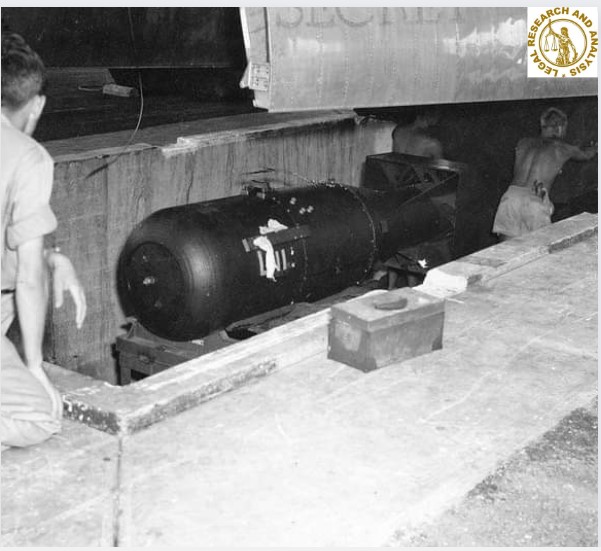 Before being loaded aboard the B-29 Enola Gay, the “Little Boy” Atomic Bomb was seen on Tinian on August 5, 1945.

It was a fission weapon in the style of a gun, but instead of using plutonium for its explosive strength, it used uranium.

By using an explosive charge to fire a hollow cylinder (the “bullet”) onto a solid cylinder made of the same material (the “target”), fission was accomplished.

It had 64 kilograms (141 pounds) of extremely enriched uranium. In order to prevent anyone from having a copy of the entire design, its components were produced at three independent factories.

It was anticipated that the ineffective Little Boy design would never be utilized again after World War Two. However, six “Little Boy” assemblies had to be put together by the middle of 1946 due to issues with US plutonium manufacture.

In 1947, the US Navy produced an additional 25 “Little Boy” bomb assemblies for the Lockheed P2V Neptune nuclear strike plane. By January 1951, all “Little Boy” bombs had been taken out of service.