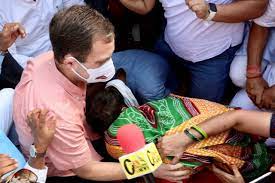 Nine-year-old girl raped, murdered by a priest and 3 others in Delhi Police said

A nine-year-old girl was raped and killed allegedly by a priest and three male employees of a crematorium near Delhi Cantonment in south-west Delhi, who then cremated her body allegedly without her parents’ consent or the police being informed. Police said the four men were arrested after the child’s family alleged foul play and staged a protest along with fellow villagers on Sunday night.

Police said the family expressed suspicions that the girl may have been sexually assaulted and murdered, given how her body was cremated in a hurry.

According to the police, the suspects allegedly told the girl’s mother that the child was electrocuted to death, and also frightened the family off from informing the police by telling them that the police would register a case and send the body for an autopsy, where doctors will take out her vital organs and sell them, the police said.

The four men were booked for murder, rape and criminal intimidation, a case regarding which was registered under Indian Penal Code’s sections 302, 376 and 506, in addition to relevant sections of the Protection of Children from Sexual Offences (POCSO) Act and the SC/ST Act.

They four men were identified as Radhey Shyam, the 55-year-old priest of the crematorium, and three employees Salim, Laxmi Narayan and Kuldeep, who are all known to the girl’s mother, said deputy commissioner of police (south-west) Ingit Pratap Singh.

Police said the girl, who lived with her parents in a rented house in front of the crematorium, went to fetch cold water from the water cooler installed at the crematorium around 5.30pm on Sunday. Half an hour later, the priest and the three men called the girl’s mother to the crematorium and showed her the child’s body.

“They told her that the girl was electrocuted to death while having water from the cooler. They showed her the burn marks on her daughter’s wrist and elbow, and said her lips had turned blue. The four men asked the girl’s mother to not inform the police about the death. They told her that the police will register a case and the body will be sent for an autopsy, during which doctors will remove her vital organs and sell them. The four then cremated the body,” said DCP Singh.

Police said nearly 200 villagers reached the crematorium on Sunday night and carried out a protest till Monday evening, demanding that the arrested persons be booked on rape and murder charges.

“We want the strictest punishment for the priest and the three men. If it was a case of electrocution, why did they (the suspects) not inform the police or send the girl’s body to any hospital for autopsy? What was the urgency to cremate the body and that too late in the evening, when no cremation is allowed at the crematorium after 6pm. Why did they do it without the consent of the girl’s parents? We suspect that this is a case of murder after rape,” said a 45-year-old woman neighbour of the girl’s family.

According to the neighbor, the residents came to know about the matter when the girl’s parents raised the alarm and told them that their daughter’s body was cremated without their consent.

“Some people in our neighborhood broke open the crematorium gate and confronted the priest… Police should scan the CCTV cameras installed on the premises to ascertain what exactly happened to the girl,” she said.

Initially, the police registered a case of culpable homicide not amounting to murder, wrongful confinement, and destruction of evidence related to the offence along with common intention under Indian Penal Code’s sections 304, 342, 201 and 34. However, following the protest and the circumstantial evidence, the case was converted into one of rape, murder and criminal intimidation, said a senior police officer, who asked not to be named.

Police said the crime scene investigation team and forensic experts have collected evidence from the crematorium for further investigation.

Delhi social welfare minister Rajendra Pal Gautam visited the protest site and assured to “provide the necessary support to the victim’s family”. In a tweet, the Aam Aadmi Party said, “Police should conduct fair investigation. If not then Delhi government will carry out a magisterial enquiry.”

Delhi Congress president Anil Kumar also condemned the incident and said his party will not allow Delhi “to turn into another Hathras”, referring to the cremation by police of a Dalit woman who was allegedly gang raped and murdered in UP’s Hathras. “This is yet another instance of rising lawlessness in the national capital following the Arvind Kejriwal government’s liberalized excise policy, making easy availability of liquor in every ward,” he said.