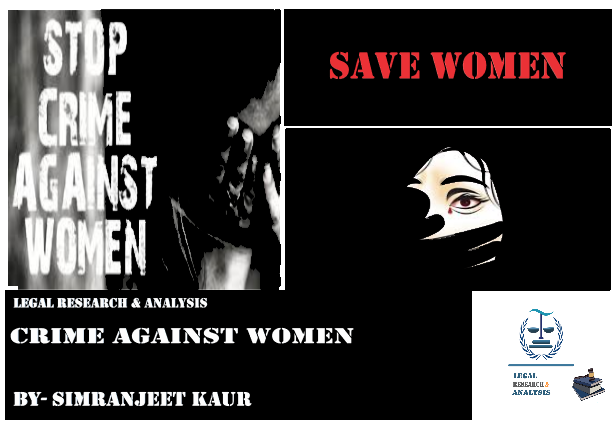 “Not all men practice violence against women but all women live with the threat of male violence every single day. All over the Earth”.

Crime against women and the threat of violence are main barriers to women’s empowerment and equal participation in society. However, they often go unnoticed and therefore unresolved. When stress and violence increase in society in general, as they have in the transition region, women’s safety in the home, workplace and community is often seriously affected. The UN Declaration on Violence against Women, adopted in 1993, defines violence against women as encompassing “any act of gender-based violence that results in, or is likely to result in, physical, sexual or psychological harm or suffering to women, including threats of such acts, coercion or arbitrary deprivations of liberty, whether occurring in public or private life”. Violence against women has particular characteristics and therefore requires particular responses. The gender dimensions of violence are explicit; for example, women are at risk more in their own homes than on the street, and often violence against women takes the form of sexual assault. Violence is a serious violation of the human rights of women and girls, and it takes a heavy toll on physical and mental health. The World Bank estimates that rape and domestic violence account for 19 percent of the total disease burden among women aged 15-44 in industrialized countries. This means that, for women, one of every 5 years of healthy life lost because of injury, disease or premature death is attributable to violence.[1]

According to the latest Indian government data, crimes against women increased 7 percent in 2018 over the previous year. Police registered 33,659 cases of rape – an average of 92 every day.

According to India (MNN), Bride burning in India happens more often than you might expect. Although there are an estimated 8,000 bride burning cases in India every year but very few are prosecuted.

Even recently, while not a bride burning case, a 20-year-old woman in Uttar Pradesh was set on fire by two male neighbors who attempted to sexually assault her. The woman’s father reported the situation twice, but no action was taken by police.[2]

The national data on crime was released by the National Crime Records Bureau (NCRB). The crimes rose from 3,794 per million in 2016 to 3,887 per million in 2017. This means, 100 more crimes took place per million people in 2017 compared to the previous year, though rate of crimes such as murders and rapes have come down. The NCRB comes under the Union Ministry of Home Affairs is responsible for collecting and analyzing crime data as defined by the Indian Penal Code (IPC) and special and local laws in India.[3]

In particular, a few states like- Karnataka, Kerala, Tamil Nadu, Punjab, Rajasthan and West Bengal showed a decrease in crime rates, but most others continue to see a rise in crimes. In Delhi, the crime rate rose by 9% in a year. This is the fastest rate of growth of crimes among all states in India and translates to 11,500 crimes reported per million.

Nearly 2.5 million IPC crimes and two million crimes under state laws were recorded in 2017. But even this report says, it is a minimization. “The actual count of each crime per head may be underreported. This is because, among many offences registered in a single FIR, only the most heinous crime (maximum punishment) will be considered as a counting unit,” the report notes.
In a first, crimes concerning to inter community violence were not compiled by the bureau this time. Incidence of rioting reduced from 54 crimes per million people in 2014 to 46 per million people in 2017. On the other hand, Incidence of kidnapping and abduction, rose from 62 per million to 74 per million.

Indian Evidence Act, 1872 ; CrPC, 1973; The Indian Penal Code, 1860, lays down the provisions to penalize the culprit for the heinous offences against women.

Various sections under IPC specifically deal with such crimes[5].

(i) National Commission for Women In January 1992, the Government set-up this statutory body with a specific mandate to study and monitor all matters relating to the constitutional and legal safeguards provided for women, review the existing legislation to suggest amendments wherever necessary, etc.

(ii) Reservation for Women in Local Self –Government The 73rd Constitutional Amendment Acts passed in 1992 by Parliament ensure one-third of the total seats for women in all elected offices in local bodies whether in rural areas or urban areas.

(iii) The National Mission for Empowerment of Women (NMEW) was launched by the Indian Government with the aim to strengthen overall processes that promote all- round development of women[6].

Only one individual cannot remove this threat we all need to implement the ways to remove this. Gender-based violence is a multifaceted problem, especially violent crime like rape. To acknowledge this, it is essential to tackle various other concurrent issues that act as contributing factors and thus play an equally important role. After all the considering all the situations it has been concluded that, this topic will never end. It is important to acknowledge the laws but, though, we have many strict laws, rules and regulations with us but still facing the same problem in new face every day.

“It took me quite a long time to develop a voice, and now that I have it, I am not going to be silent.“