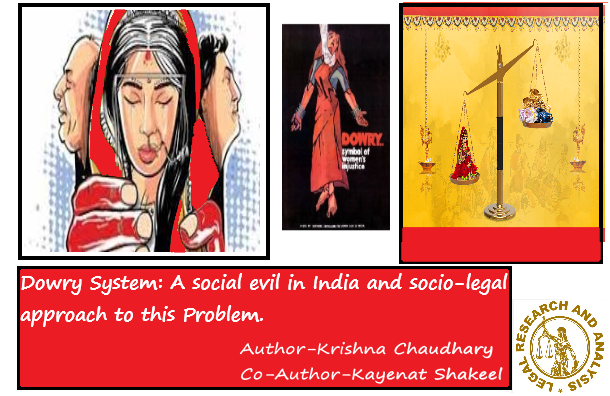 In Ancient time, it was considered that the marriage is done for the purpose of performing religious duties and for begetting of a son, who helps to get deliverance from the sufferings of hell. The marriage creates an obligation on husband to take care and maintain his wife. But on this sacrament institution, a stigma called ‘dowry’ still exists.Dowry (Dahej) is regarded as a condition of marriage where “the property includes money and movable is given by bride’s family to the groom or his family upon marriage”.

Today the practice of dowry is very common and it is not considered as a crime among the people in society. But because of this dowry system’s existence, the women are subjected to domestic violence, ill-treatment, physical and mental harassment, divorce etc.

It may be traced to the ancient practice of marriage by purchase of wife which appears to have been transformed later into the practice of purchasing the husband. The institution of dowry in one form or the other could be traced to the ancient days. The eight forms of marriage enumerated in the laws of Manu, only four brahma, daiva, arsha and prajapatya rites were acceptable to the superior ideals of Brahmins. These four forms in some way or another were “variations of dowry marriage”. Other four forms (asura, rakshasa, paishacha, gandharva) based on bride-price and different types of abduction were considered inferior and permissible only for the lower castes. The duty of giving dowry later became the ‘essential negotiation’ of marriage transaction in ancient India. During medieval period the Rajput’s princes, Jagirdars gave away gifts to their daughters at the time of marriage with a view to exhibit their prosperity and superior status. In the late 18th century, the trends towards moulding the customary social order within the framework of bramanisation began the process of rigidification of forms in the marriage patterns, caste system and rules of succession.

In the late 19thand 20th century, British ethnographic surveys and census reports indicated the obsolesce of all other forms of marriage mentioned in the ancient texts except for the brahma and asura forms. The reformation and expansion of the traditional brahma form of marriage with dowry as an integral part took place in a situation when the local socio- economic order itself was getting restructured.  With the introduction of land revenue settlement putting landed property exclusively in male hands and holding the letter responsible for the payment of revenue had the effect of making the Indian male the dominant legal subject. The process of social mobility exacerbated by the colonial structure was male oriented.

One of the most important features of the colonial period was diminishing role of women in the production activities mentioned in census reports of 1911 and 1931. This was due to replacement of the household industry by the factory industry. The colonial state had no interest in bringing about any fundamental reform as far as women’s rights to property and inheritance was concerned.

Effects of the Dowry System in India are-

Section 3. Penalty for giving or taking dowry- If any person, after the commencement of this Act, gives or takes or abets the giving or taking of dowry, he shall be punishable with imprisonment for a term which shall not be less than five years, and with fine which shall not be less than fifteen thousand rupees or the amount of the value of such dowry, whichever is more.

Provided that the Court may, for adequate and special reasons to be recorded in the judgment, impose a sentence of imprisonment for a term of less than five years.

Section 4. Penalty for demanding dowry- If any person demands, directly or indirectly, from the parents or other relatives or guardian of a bride or bridegroom, as the case may be, any dowry, he shall be punishable with imprisonment for a term which shall not be less than six months, but which may extend to two years and with fine which may extend to ten thousand rupees.

Provided that the Court may, for adequate and special reasons to be mentioned in the judgment, impose a sentence of imprisonment for a term of less than six months.

Section 304B. Dowry death- (1) Where the death of a woman is caused by any burns or bodily injury or occurs otherwise than under normal circumstances within seven years of her marriage and it is shown that soon before her death she was subjected to cruelty or har­assment by her husband or any relative of her husband for, or in connection with, any demand for dowry, such death shall be called “dowry death”, and such husband or relative shall be deemed to have caused her death. Explanation. – For the purpose of this sub-section, “dowry” shall have the same meaning as in section 2 of the Dowry Prohibition Act, 1961. (2)Whoever commits dowry death shall be punished with imprison­ment for a term which shall not be less than seven years but which may extend to imprisonment for life.

It maybe concluded that the system of dowry is a subject of serious concern and it is considered as a social curse in society. Today the dowry system and its practice have become a serious social problem. Though dowry differs depending on caste, religion, social condition, and circumstances but the goal is invariable the same. Because of the existence of dowry system in India, the females are not valued and respected as much as the males and a female is still considered as a burden or a liability on her parents. The practice of dowry has caused various crimes against women such as cruelty, harassment, domestic violence etc. It is high time we should raise voice against this practice and mark sure not to encourage this practice. Now, the government has enacted a law in order to eradicate the dowry system and to uplift the position of women in society i.e. the Dowry Prohibition Act, 1961.

In order to make it more effective it was amended in the year 1984 and 1986. The demand for dowry has become a cognizable offence in India. 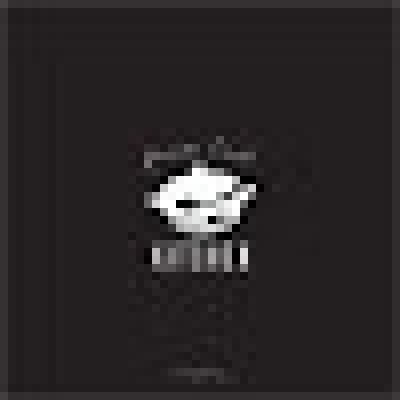