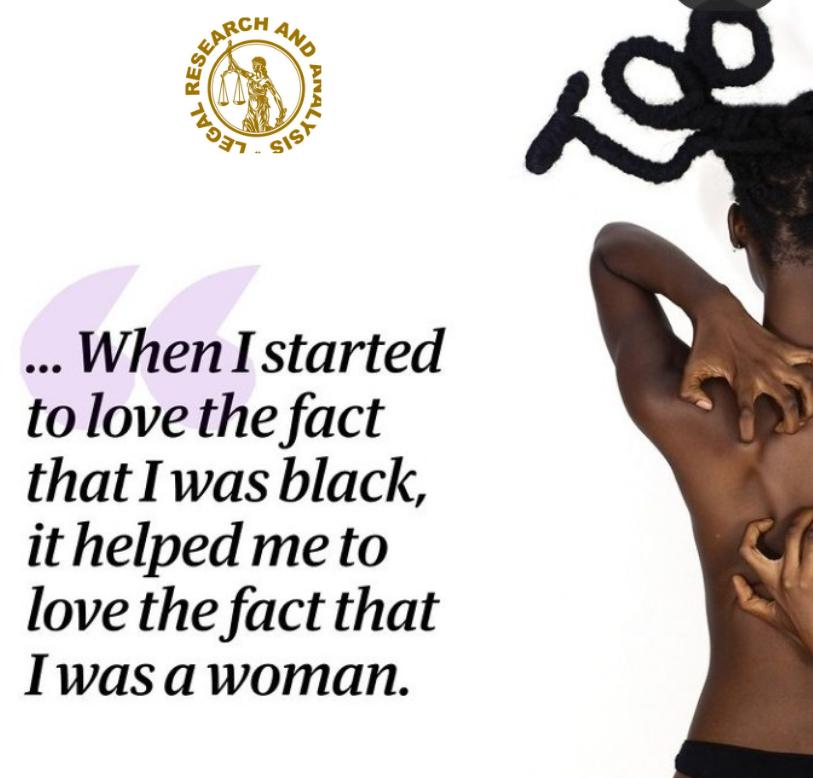 ‘Some people are freaked out’: how Laetitia Ky tackles abortion, sexism and race with her extraordinary hair

‘Appreciating my hair let me appreciate other things that made me black’ … Ky. Photograph: Laetitia Ky
From vacuum cleaners to menstruation, the Ivory Coast artist and activist creates incredible sculptures with her hair to tackle taboos. She talks about how learning to love her natural hair taught her to love being a black woman – and western criticism of her work.

Laetitia Ky makes sculptures out of hair, although I’m not sure the word “sculpture” accurately conveys just how dynamic her art is. Her pieces are moments, scenes, statements, emotions, rendered in black afro textured hair. Ky is central to the art. Her sculptures can’t be displayed on a wall or a table. They can’t be bought or taken on tour. Every piece is on her head, extending high up into the space above and around her, a growth of coils and curls that she twists into shapes that seem unfathomable.
There are no gimmicks, technological cheats or shortcuts. Ivory Coast-born Ky, 25, doesn’t even create the sculpture on a flat surface or stand and then attach them to her head. She links hair extensions directly to her own natural fro and then, using a mirror, proceeds to mould both into shapes. If what she wants to build is particularly complicated, she uses wires and glue. This is even more remarkable considering the fact that her pieces range from the bucolic, to the domestic and the political. There are sculptures of household chores, where Ky’s hair extends into a vacuum cleaner she then grips to clean with; others where Ky is the body of an alligator, crawling out of a swamp, her hair the alligator’s head. There are more shocking ones, where Ky’s hair is a womb – on each side, instead of ovaries, there are two middle fingers – or a vagina with period blood pouring from it.

On a video call from her home town of Abidjn, Ky speaks slowly and deliberately, trying to pick the right word in English. Her hair falls long around her shoulders in twists. She describes in her book Love and Justice: A Journey of Empowerment, Activism and Embracing Black Beauty the long path she took to embrace her natural look. Finally accepting her hair was the start of her accepting many other things she had grown up to believe she had to change – her skin colour, her weight, her politics.

‘When you start to believe you’re valuable, you don’t accept injustice any more’ … Ky. Photograph: Laetitia Ky
But Ky didn’t always have the body confidence that has empowered her work. She started school much earlier than her peers. “I was three years younger than the [next] youngest person. When you’re young, you try to adapt to be at the level of others. It was hard when your school friends already had their periods and you were just a child.” They had “all the curves”, she says, while she was “just a slender child”. She was also a lot darker than her peers. “A lot of them were bleached. So not only am I dark-skinned and the standard is to be light-skinned. But also I am skinny, so I have nothing. I think maybe I was nine when my body image really started to go down.”

She began to binge eat and gained weight, too much as far as a certain boy she had a crush on was concerned. One day in class, he told her that she had a fat stomach. The class laughed. She was humiliated. It was “like a scene from a movie”, she says, and it sent her spiralling in the other direction. “I’m very extreme in everything I feel, everything I want. This was a shock. It shifted my mind in a couple of seconds.” Anorexia came at 13, then bulimia.

“I was just stuck,” she says, unable to find a way out of her illness. It was easy for her to hide it, even though her mother noticed she was losing weight. “I would always wear baggy clothes so she would not see the real deal. All my life revolved around food. I was scared of it. If there was a social thing, I was thinking: ‘Oh my God, I will have to eat something so that people don’t find me weird.’” Then she would start to plan: “Will I be able to go to the bathroom? Will I be able to throw up without people.