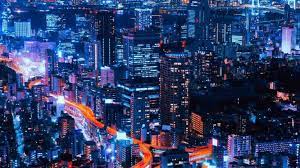 Real estate developer Supertech was declared bankrupt by the National Company Law Tribunal (NCLT) on Friday in a move that could have an effect on 25,000 home buyers. The company law tribunal took the decision in response to a petition filed by the Union Bank of India (UBI) for non-payment of dues.
A NCLT bench allowed the plea filed by UBI, a financial creditor, claiming default against Supertech, and appointed an interim resolution professional superseding the board of the company.

In response, the developer stated that it will file an appeal with the National Company Law Appellate Tribunal (NCLAT) against the NCLT move.

“As all the projects of the company are financially viable, there is no chance of loss to any party or financial creditor. The order will not affect operations of any other Supertech Group Company,” the real estate firm said.

“The NCLT order will not impact the construction at all ongoing projects or operation of the company and we are committed to give delivery of units to allotters. We have a strong record of delivering more than 40,000 flats during the last 7 years and we shall continue to give delivery to our buyers under our ‘Mission Completion – 2022’ under which we have undertaken a target of delivering 7,000 units by December, 2022,” it added.