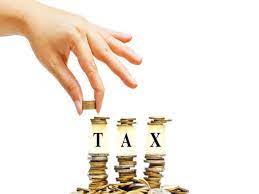 Some facts about Tax Laws

As per article 265 of the Constitution of India, no tax must be levied or collected except by the authority of law. There are various other provisions under the constitution that distribute the power.

Entry 82 of List I of Seventh Schedule of the Constitution of India grants power on Parliament to impose taxes on income other than agricultural income. In this way, Income Tax is under the Union list and therefore Central Government is in charge of the collection of income tax.

Entry 46 of List II of the Seventh Schedule of the Constitution of India lays down that the State Government has the authority to collect taxes on agricultural income.

Article 271 provides that if parliament at any time increases any of the duties or taxes mentioned in Article 269 and 270 except Article 246A by imposing a surcharge.

Article 279 deals with the calculation of net proceeds and Article 284 deals with custody of suitor’s deposits and other money received by public servants and courts.