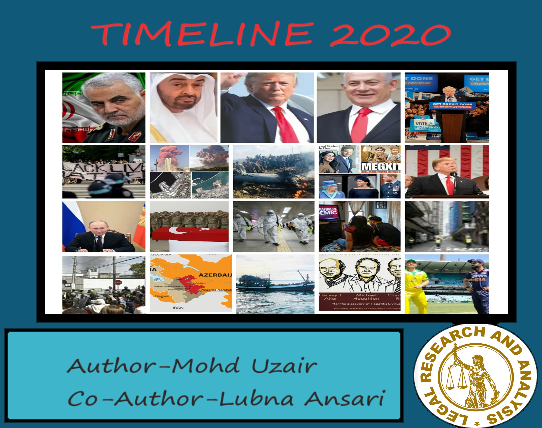 What world’s population predicted for future and what we get from it?

Since the end of two great wars in just a span of 20 years June 28-1914, September 1, 1935, to September 2, 1945, World has suffered a tremendous amount of destruction and anarchic situation, so during the end of word war-II. As we all were aware of the United Nation’s coming to existence so to avoid any such global conflict and to bring peace and decolonize there any country for their personal benefits (resolution 217).

Since there victor’s were allied forces including Big three super powers: The united states, UK and Russians.

The two boomings at Hiroshima and Nagasaki, secretly nuclear bomb means of mass destruction the project was known as Manhattan project during the complete secrecy of the then president Franklin Roosevelt and Pentagon so to ease and shorten the long Pacific war mainly in Philippines and islands of Iwo Jima and Okinawa during its engagements with royal Japanese Empire and once quoted to have said that the only end to shorten the long world war two and discussed the plans for the complete invasion of Japanese forces unconditionally.

The sudden nuclear bombings at two major cities of Japan compelled Japanese royal empires of Japan to surrender unconditionally, this sudden invention of weapons of mass destruction started a race for nuclear technology.

Since United States was also boosting it’s moon explorations and other space exploration during the cold war American may have involved in proxy wars may be of Cuban missile crisis 1961, Americans hold their grasp with the advancement and another sophisticated weapons which ultimately Russians communists collapse, they didn’t event loss by military but  defeated by their ideologically communism such as dress sense, music, punk and rock and roll. United States over come at them in every aspect to defeat and prove them as the global super power at least from 1961, but since the collapse of USSR in 1990’s onward United States emerged as more technologically, economically, militarically advanced that none could dare to mess with Americans.

There comes the role Hollywood

I would rather blame to plot distorted things en mass for public which did not even bothered to make them aware of what’s seeing up either or Hollywood propaganda, Hollywood would once created movies like the end of world 2012. Relying on the Maya calendar which ultimately compelled people to opt for supreme act that is to kill them selves before having facing all those scenarios plotted by even many of them across the globe took the such a extreme step.

A BBC reports in Taliban about why too much war is happening? This is not us who are fighting for our land and they are attacking and killing per civilians.

Soo when they have the most sophisticated weapons, It’s too obviously because of them we too can use vital technologies invented by them, here Hollywood played most major role it’s going too be 2020 after ones hundred years of world war one and 75 years of world war two ,we had such sophisticated weapons and technologically advanced equipment from which not we could annihilate entire world in a matter of hours but also invented advanced technological equipment which can clearly see and observe sides of moon, moon sensitive camera and exploring beyond the solar system having their own space force doesn’t seems some sort of Hollywood plot?

That pandemic and all havoc and chaos are politically motivated this relates with global political  issues Such as United States Presidential election on  November 3,2020.

On one hand there were started working to invent or innovate new fact based themes so that there life standards can be raised. On the other hand military, government they tried there level best to misuse of scientific approach to  invent weapons of dangerous in nature such as the nuclear weapons a means of weapons of mass destruction.

So guys we have tremendous highly advanced technology which could protect our sovereignty at any time required our for the benefits of our mutual mankind interest.

So readers we have tried too bring all that was certain and predicted either from Hollywood plot, from flying buses and heli taxi or from politically charged US election November 3rd we rather figures that year 2020 might not have given us more than taking from us. Here is a list — and timeline — of the major events to glance  back at the major events happened in this year up till now: