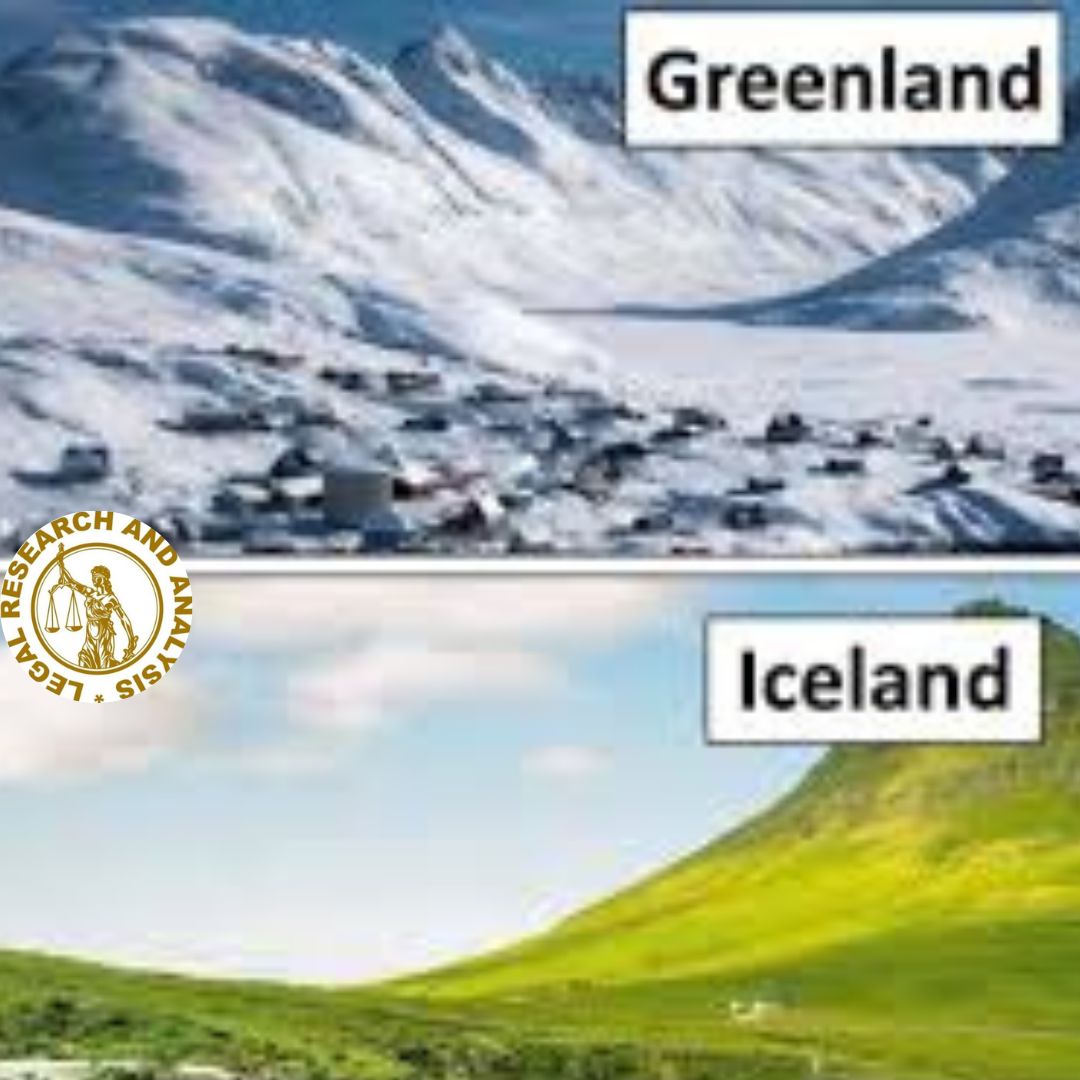 Ever wondered why Greenland, three-quarters of which are covered by the only permanent ice sheet outside Antarctica, has in its name the adjective “green”? On the other hand, Iceland, consisting of the words “ice” and “land,” seems a bit too green to live up to that name.

According to one internet theory, this was done on purpose: the Vikings who settled in Iceland thought the island was habitable, so they named it Iceland, hoping that the name would deter others.

Europeans from attempting to establish their own settlements. They named Greenland to achieve the opposite result, as they didn’t care if anyone wanted to colonize the iceberg in the freezing ocean. This theory, however, is highly unlikely.

To get to the bottom of this paradox, National Geographic conducted an investigation in which the magazine dug deep into various chronicles and sagas, as well as modern scientific facts.

To begin with, Viking toponyms are quite simple; newly discovered territory would most likely be named by combining the word “land” with the first thing noticed upon arrival. Leif Eriksson, for example, named the Canadian east coast Vinland after seeing wild grapes growing near the shore.

As for Iceland, according to the Sagas of Icelanders, which chronicles the country’s history from the 9th to 11th century, the Norse explorer called Naddador was the first to reach the island in the middle of the Atlantic Ocean. When he saw there was snow, so he named the place Snæland or “snow land.”

Naddador was succeeded by the Vikingcolonizerr Garar Svavarosson, who was more interested in naming the country after himself, most likely breaking with established tradition. As a result, Gararshólmur (“Garar’s Isle”) became the next name given to today’s Iceland.

But the reason Iceland has such a bad reputation today is due to the island’s next colonizer, Flóki Vilgerarson. Flóki’s journey from the mainland was marred by the death of his daughter, who drowned in the open sea after falling from the boat. The livestock he brought with him died soon after he arrived.

According to the sagas, this unfortunate series of events culminated when Flóki Vilgerarson climbed a nearby mountaintop and saw a fjord laced with icebergs. Depressed and enraged, he named the country Iceland, which has stuck to this day.

Despite Flóki’s efforts to discourage further colonization of the island, upon his return to Norway, one of his seamen, known only as Thorólf, spread a rumor that the country was fertile and rich, ready for settlers. Soon after, mass migration to Iceland began.

Greenland, on the other hand, was discovered in 982 A.D., when Erik the Red, the father of Leif Eriksson, landed on the southeastern part of the island.

Today we can determine through the analysis of ice cores and mollusk shell data that in the period between 800 and 1300 A.D., the average temperature in Greenland was significantly higher than it is today.

Erik set out on his journey after being exiled from Iceland for killing three people during a feud. Because the old Icelandic law demanded death or exile, he chose the life of an adventurer on the high seas.

Sailing west, he set sail for the shores of a massive island he deemed suitable for settlement. In the Norse tradition, a saga chronicling the travels and discoveries of this almost mythical figure referred to the anecdote that led to the naming of the newly discovered land:

So, basically, the name was part of Erik’s marketing strategy to gather future settlers and cultivate the new world.

Of course, the country was already inhabited by Inuit natives, who called the island Kalaallit Nunaat, meaning “The Land of the People.” The name is still in use among the Greenlandic Inuit population.