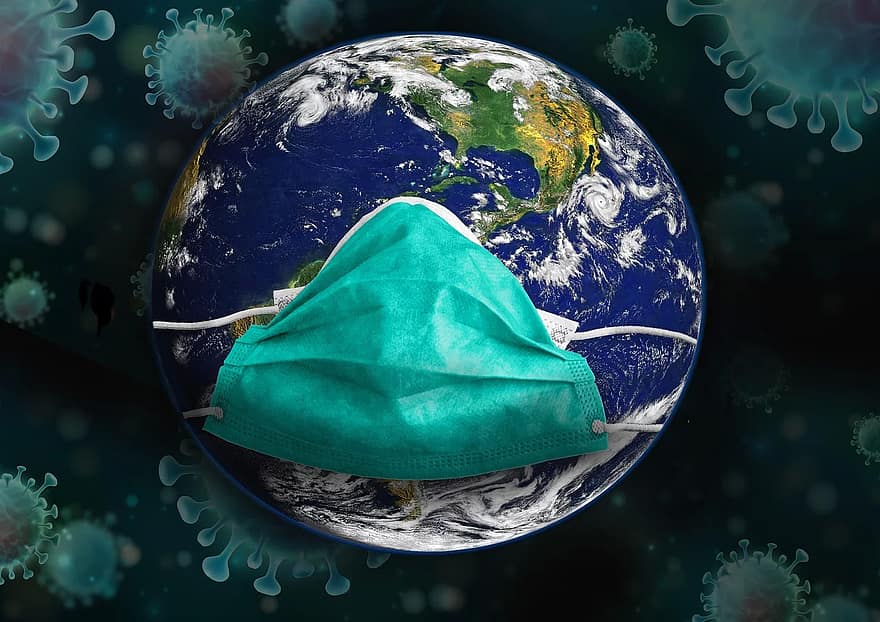 We all are aware of the prevailing situation we are going through. Even WHO (World Health Organization) has affirmed COVID-19 to be a pandemic. More than 200 nations are making out to contain the multiplicity of the disease and consequent human life losses with social distancing by way of lockdowns. Moreover, on a different note it is said that a pandemic such as this brings the dramatis personae of the legal world to the stage – litigation and arbitration, both of which have been vying for the interest of – resolution of disputes. In such circumstances major loss has occurred and has thereby victimised various sectors. The law in force however has tried to maintain a harmony between the employees and the workmen in such pandemic and ease the burden of contractual obligation when found necessary. Thereby, the concept of Force majeure has been incorporated to look into such matter accordingly to avoid miscarriage of justice.

‘Force majeure’is a French term that literally means – “greater force“. It can be even said as “an act of God“, an event for which no party can be held accountable, such as a hurricane or a tornado or armed conflict. Generally speaking, for events to constitute force majeure, they must be unforeseeable, external to the parties of the contract, and unavoidable. Force Majeure clause protects a party from any financial liability for its failure to perform a contractual obligation. There are certain Laws related to Force Majeure in India such as – The Indian Contract Act, 1872- which determines the circumstances in which promises in a contract shall be legally binding – is silent on the term force majeure’. This Act specifically allows an agreement for performance of an ‘impossible act’. Therefore on a general note a force majeure clause cannot be implied under Indian law.

• Vis Major – Traditional concept of Act of God which requires for the proving of actual physical impossibility of performance. Hence limited to events such as natural calamities etc.

• Force Majeure – Broader concept that includes matters that make it impossible to perform the specific contract, and which need not be of general applicability through society. Includes strikes, breakdown of machinery etc.

PERTINENT QUESTIONS ARISING ON SUCH CIRCUMSTANCES

The term Force Majeure rarely covers an endemic or a pandemic. It is only used for earthquakes and volcanoes. Thankfully, Finance Ministry in February clarified that disruption in supply chain due to spread of coronavirus qualifies as a force majeure event, and companies and businesses can invoke force majeure clause.

•         What will happen where contracts have Force Majeure clause?

•         What will happen where contracts do not have a Force Majeure clause?

Section 56 of the Contract Act comes into play. It deals with frustration of contract’ -a situation where fulfilling a contract becomes impossible or unlawful after the signing of the contract. Traditionally, courts have chosen a narrow interpretation of the law in ruling on disputes where Section 56 had kicked in. According to analyst, proving frustration is more difficult than proving Force Majeure.

IMPACT OF SUCH PANDEMIC ON ECONOMIC STRUCTURE

According to various experts, this will not only impact the port sector but also the other sectors including the cross-border trade, real estate, EPC (engineering, procurement and construction), and plain joint-venture agreements as well as merger and acquisition deals.

•         Close to half a dozen ports including Krishnapatnam, Dhamra, Mundra, Tuna, Gopalpur, Karaikal and Gangavaram have declared force majeure.

•         About $829 billion of goods travelled through India’s ports in 2018, the 13th most in the world. Adani Ports declares force majeure at Mundra and Dhamra Ports.

•    Other countries declaring Force Majeure SUY. China invoked “Force Majeure” to protect business. According to the China Council for the Promotion of International Trade, China has issued 4,811 force majeure certificates as of March 3rd due to the epidemic. Even, Arcelor Mittal has also declared force majeure in Europe on raw materials.

•         Sec.32: Enforcement of Contracts contingent on an event happening – Contingent contracts to do or not to do anything if an uncertain future event happens, cannot be enforced by law unless and until that event has happened. If the event becomes impossible, such contracts become void.

•         Compensation for loss through non-performance of act known to be impossible or unlawful.Where one person has promised to do something which he knew or, with reasonable diligence, might have known, and which the promisee did not know, to be impossible or unlawful, such promisor must make compensation to such promise for any loss which such promisee sustains through the non-performance of the promise.

In UK– there is restricted access to the court building. Courts are conduct hearings by video link. LCIA is working remotely from 19 March. Parties are advised to use online filing system or email. For expedited tribunal formation or emergency arbitrator applications, notify in advance by email.

In France– Courts proceed only with very important cases, including hearings for people in custody, urgent cases handled by judges for children and procedures related to the eviction of a violent partner. ICC Strongly advised that all communications are by email.

In Hong Kong-The Hong Kong Judiciary has put in place a General Adjourned Period (“GAP”), since January 29 and has adjourned court proceedings and closed court registries/offices, save for dealing with urgent and essential hearings and matters.

In India – The situation of complete lockdown in the country prevents the physical conduct of arbitral proceedings. Non-conduction of proceedings gives rise to its own set of problems. Section 29A which was inserted by the Arbitration and Conciliation (Amendment) Act in the year 2015, fixes the time-period for passing the arbitral award at twelve months from the date of reference to the arbitral tribunal (i.e. when notice of appointment is received by the arbitrator).

It was a matter of Contract for development of a large area of land and sale of plots. The instant contract was for sale of a plot with full payment to be made upon the completion of the construction of roads within the area. On account of requisition of a substantial part of the area by the Govt. of India, the contract could not be performed

It was held that, the doctrine of frustration as contained in Section 56 would have no application, that having regard to the nature and terms of the contracts, the actual existence of war condition at the time when it was entered into extent of the work involved in the scheme fixing no time limit in the agreement for the construction of the roads eye.

Power Generation Cos. pleaded force majeure on the ground that the price of coal in Indonesia had been linked, subsequent to the execution of the contract, to global prices thereby rendering it impossible to perform on non-escalating tariff basis.

It was held that, the doctrine of frustration cannot apply to these cases as the fundamental basis of the PPAs remains unaltered.

Plaintiff wanted to sell pledged shares, However, after the initiation of the Lock Down the price of the shares collapsed. Interim protection against sale was granted by the Bombay High Court. Supreme Court has refused to interfere on technical grounds of judicial discipline.

Period of lockdown was to be excluded from period for calculation of NPA status.

Hence, it has become unambiguous that out of such circumstances it is the duty of both the citizen and the administration to build up a harmonious construction between the two.  Apart from Force Majeure and Arbitration proceedings this COVID-19 has triggered a prolonged delay in administration of justice. Hence, any such action leading miscarriage of justice shall not be tolerated. We accept that it is a time for major suffering and thereby it is expected from every individual to enhance his cognitive faculty of mind and act rationally.