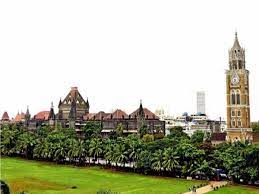 ️Either of the spouses can claim maintenance under section 25 HMA: Bombay High Court directs wife to pay maintenance to husband

The Bombay High Court upheld two orders of the Nanded civil court, which had directed a wife working as a teacher to pay maintenance of Rs 3,000 to her husband. Along with this, the court ordered the school principal to deduct Rs 5000 from the salary of the woman due to non-payment of maintenance since August 2017.

Justice Bharti Dangre rejected the wife’s contention that since the couple’s 23-year-old marriage had ended after a divorce decree in 2015, the husband could no longer seek monthly maintenance.

The court relied on Sections 24 and 25 of the Hindu Marriage Act to empower the needy spouse to claim interim or permanent alimony, where a decree for restoration of marital rights or for divorce has been passed. . “The scope of section 25 of the 1955 Act cannot be limited by not applying to a decree of divorce passed between husband and wife

The provision of maintenance/permanent alimony being a beneficial provision for the poor (needed) spouse may be sought by either the spouse, the spouse, where any provision governed by sections 9 to 13 a decree of any kind has been passed and the marriage has been broken, interrupted or prejudicially affected by such decree of the Court.”

The couple was married on April 17, 1992. The wife approached the court in 2015 alleging cruelty, after which the couple got divorced. After the divorce, the husband filed a petition demanding maintenance of Rs 15,000 per month from the wife.

The husband claimed that he had no source of income while his wife was an MA, B.Ed. and is working in a university. He specifically claimed that in order to encourage his wife to pursue a degree, he managed the household keeping his ambition aside. Moreover, the divorce had caused him a lot of embarrassment. The husband also mentioned not having any immovable property citing his ill health.

The wife claimed that the husband was running a grocery shop as well as an auto rickshaw, and earns income by letting it out. Along with this, the responsibility of taking care of his daughter was also on him. The judge, however, observed that the petition of the husband under section 24 of the Act, by which the husband claims interim litigation expenses, is maintainable. Therefore, he ordered her to pay maintenance of Rs.3000 till the permanent maintenance petition is decided.

In another order, the court directed the headmaster to deposit the outstanding money in the court. Argument The wife’s counsel argued that after the decree of divorce, the proceedings for permanent alimony and maintenance under section 25 of the 1955 Act are not maintainable. He called it “a mockery of justice”.

However, the husband’s counsel claimed that the Section 25 proceedings were not dependent on divorce as the Section uses the word “at any time thereafter”.

The bench reintroduced section 25, which states that an application for maintenance can be sought at any time. Therefore, the divorce did not prevent the court from considering the application. “Therefore, the scope of section 25 cannot be restricted by saying that the wife or the husband cannot take such action on divorce/dissolution of marriage.”

The bench finally observed that the civil judge had rightly considered the petition for interim maintenance under section 24. “Since section 25 is seen as a provision for destitute wife/husband, the provisions have to be comprehensively understood so as to avoid remedial complications, the contention of learned counsel cannot be accepted and it is not acceptable to the court. Open to decide on the application filed by the husband under section 25 of the 1955 Act