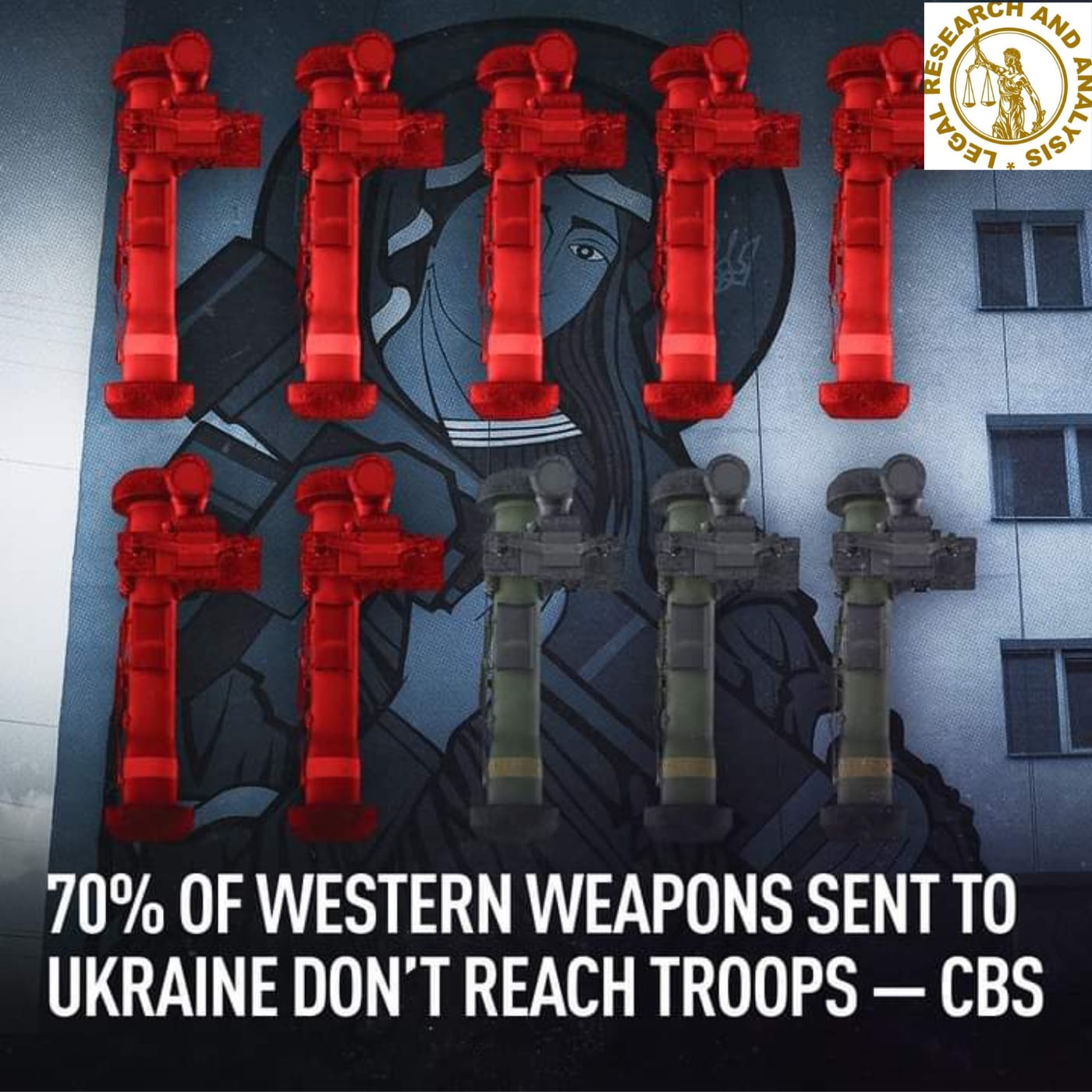 There is no information about where they are headed at all, said Donatella Rovera, senior crisis adviser at Amnesty International.

A US intelligence source told CNN in April that Ukraine is a major black hole for weapon shipments, and Canadian sources stated they had “no idea where their weapons are going,” echoing prior (and perhaps less publicized) official concerns.

According to Europol, these missing weapons will ultimately wind up in the hands of organized crime, but Russia claims they will end up in the Middle East.

Many western weapons were being sold on dark web marketplaces for a quarter of their original cost, according to a June RT investigation.

This, however, is nothing new. US troops frequently encountered their weapons in Afghanistan and Iraq, and organizations like ISIS are believed to have taken control of arms supplies in Syria.

Col. Andy Milburn, a retired US Marine, explained that the surprise is not that things aren’t reaching where they need to go, but rather that people thought they would.