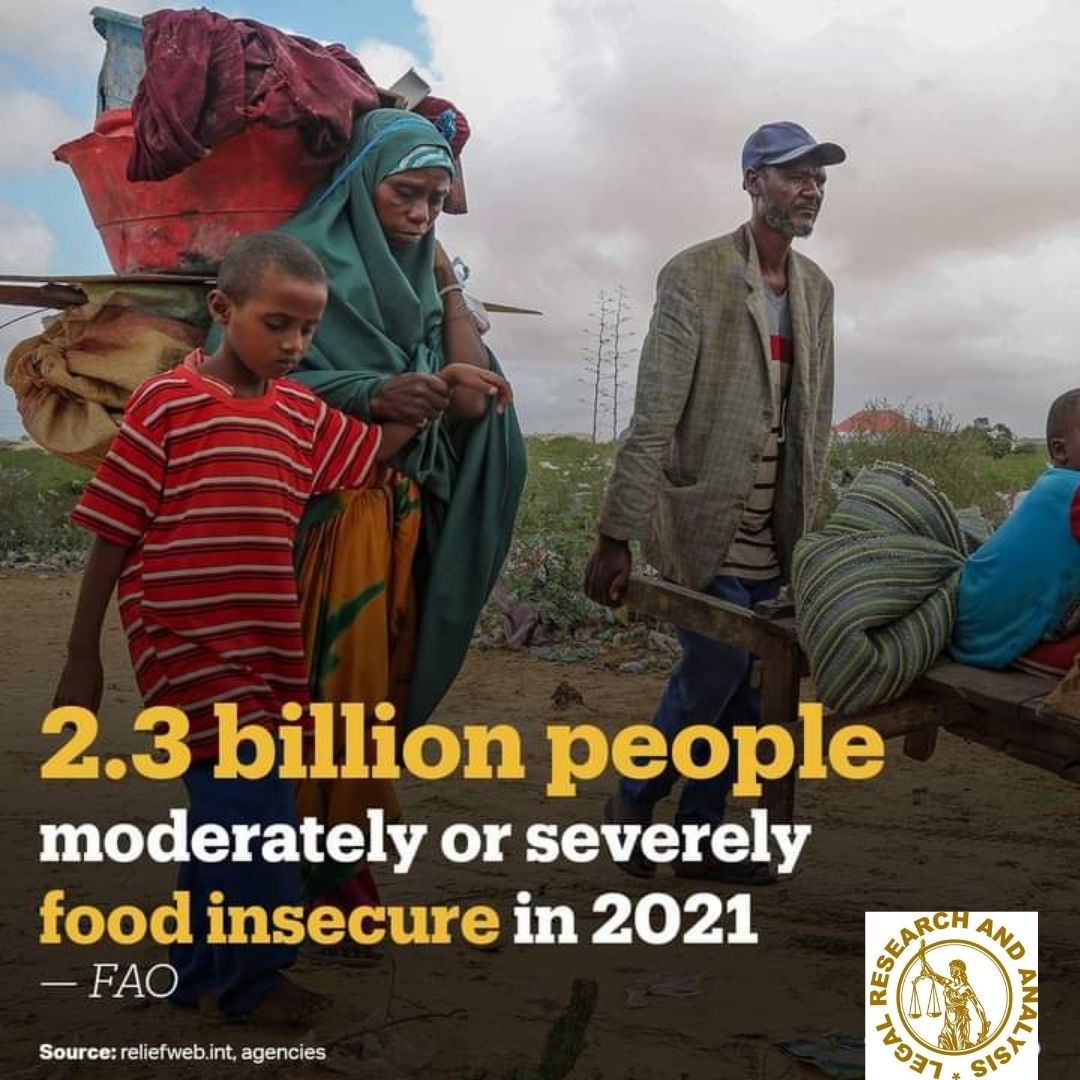 According to a new report, nearly 30 percent of the world’s population will be hungry by 2021. With the Ukraine crisis, the UN claims that 60 % of the population is just one move back from mass starvation.

A staggering 71 million more people are living in poverty as a result of rising food and energy prices in the weeks following Russia’s incursion of Ukraine, according to a report released Thursday by the United Nations Development Program.

According to the UNDP, 51.6 million more people fell into deprivation in the first three months after the battle, living on $1.90 or less per day. This increased the total number of people worldwide who meet this criterion to 9% of the world’s population. An extra 20 million people fell below the $3.20 per day poverty line.

Families in low-income countries spend 42 percent of their household income on food, but as Western countries moved to rebuke Russia, the price of fuel and mainstay foods such as wheat, sugar, and cooking oil skyrocketed. Ukraine’s blockage of ports and incapability to export granules to low-income countries drove up prices even further, going to push tens of millions into poverty.

“The cost of living influence is almost unprecedented in an era… and that is why it is so significant,” said UNDP Administrator Achim Steiner at the report’s launch.

The rate at which this many people fell into poverty outpaced the economic pain felt during the pandemic’s peak. According to the UNDP, 125 million people experienced poverty during the pandemic’s shutdowns and closures, compared to more than 71 million in just three months following Russia’s invasion of Ukraine in late February.

Haiti, Argentina, Egypt, Iraq, Turkey, the Philippines, Rwanda, Sudan, Kenya, Sri Lanka, and Uzbekistan are among the countries hardest hit by inflation. In countries such as Afghanistan, Ethiopia, Mali, Nigeria, and Yemen, the effects of inflation are exacerbated for those already living below the poverty line.

Over 5 billion people live in poverty or are likely to experience poverty, accounting for just under 70% of the worldwide people.

Another UN report recently published stated that global hunger increased last year, with 2.3 billion people experiencing moderate to severe difficulty in obtaining enough to eat – and this was before the Ukraine conflict.

The global economy must step up, according to Steiner, who added that there is enough money in circulation to manage the recession, but “our capacity to act in perfect harmony and speedily is a constraint.”

Instead of spending billions on blanket energy subsidies, the UNDP recommends that governments target spending to reach the most vulnerable people through targeted cash transfers, which can prevent an additional 52.6 million people from falling into poverty at $5.50 per day.

To help cash-strapped and debt-burdened developing countries accomplish this, the UNDP called for the augmentation of debt payments made by the world’s richest nations during the pandemic.

According to Steiner, doing so is not only an act of charity but also “an act of rational self-interest” in order to avoid other sophisticated trends, such as the economic collapse in countries and uprisings in communities around the world.

The Ukraine conflict has engulfed an area known as the world’s bread basket. Prior to the war, Russia was the world’s largest natural gas exporter and the world’s second-largest crude oil exporter. Russia and Ukraine accounted for nearly a quarter of total global wheat exported goods and more than half of total sunflower oil exports.