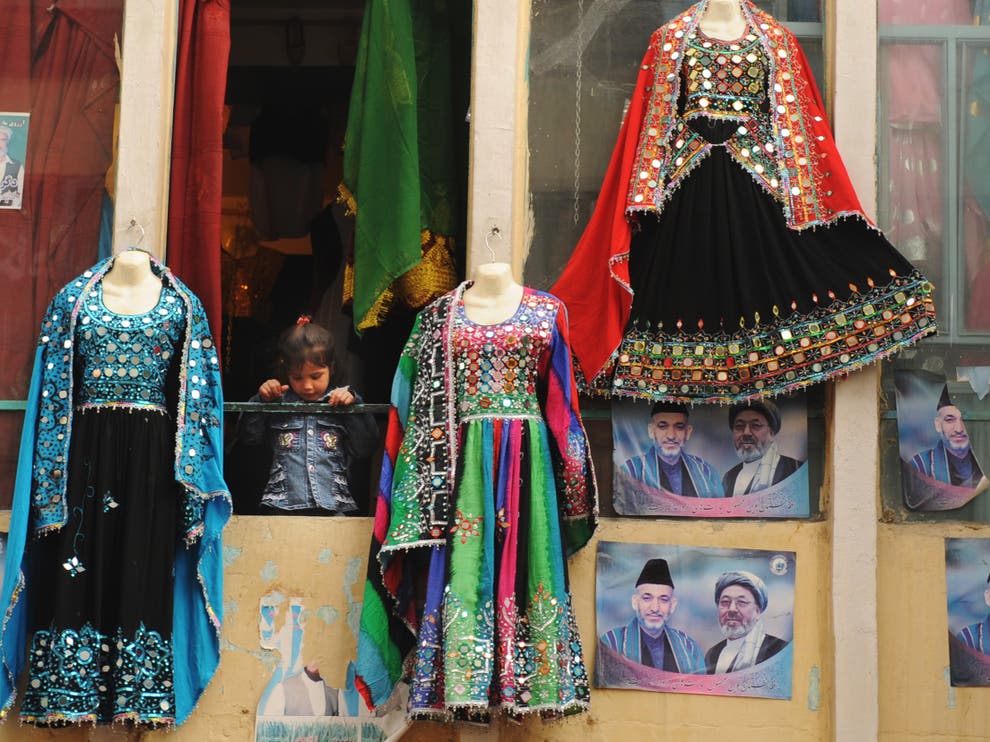 Afghan women are sharing photographs of themselves in traditional clothing on social media after the Taliban proposed new rules on women’s education and dress this weekend.

On Sunday 12 September, the Taliban’s higher education minister, Abdul Baqi Haqqani, announced that the country’s universities will be segregated by gender and an Islamic dress code will be made compulsory.

According to Reuters, Haqanni said “hijab religious veils” would be mandatory for women, but he did not specify if this meant a hijab which covers only the head, or a niqab which also covers the face.

The announcement comes after a demonstration by women who support the Taliban at Kabul’s Shaheed Rabbani Education University on Saturday.

Their appearance has sparked a social media campaign from other Afghan women, who insist that black burqas and the niqab are not part of Afghan culture.

On Sunday, historian and gender specialist, Dr. Bahar Jalali, posted a picture of herself on Twitter wearing a traditional Afghan dress.

While the dress is modest – it is floor length with full-length sleeves and a high neck – it is also colorful and the entire head, hair, and hands are visible. The skirt and arms are crafted from a bottle of green silk, and the torso is pink and maroon with green and purple embroidery.

The tweet, which has since been liked more than 15,000 times, quickly inspired other Afghan women to share photographs of their own dresses.

Traditional Afghan outfits comprise of a long-sleeved dress with a full skirt, known as a kameez or firaq, and loose trousers called partug.

“Black attire, Burqa, and Niqab are not and never been part of the Afghan Culture,” Zahra Sultani, an Afghan refugee in Canada said, alongside a picture of herself and three other women.

“Black attire, Burqa, and Niqab are not and never been part of the Afghan Culture,” Zahra Sultani, an Afghan refugee in Canada said, alongside a picture of herself and three other women.

In the photograph, she wears a deep purple and pink outfit embroidered with flowers and a statement silver necklace.

The other women also wear traditional outfits in bold colors such as green, red, and pink.

One Afghan journalist, Waslat Hasrat-Nazimi, also shared a photograph of herself wearing a traditional headpiece.

Unlike the black niqabs worn by women at the demonstration on Saturday, her headpiece is colorful and adorned with gold tassels and metallic sequins.

In the picture she wears it with a blue and orange kamiz and a matching gold necklace.

“Me wearing traditional Afghan attire in Kabul. This is Afghan culture and this is how Afghan women dress,” she said.

“Our cultural attire is not the dementor outfits the Taliban have women wearing,” she said.

The latest announcement from the Taliban comes after the all-male regime announced in August that women would be allowed to work and study “but within the framework of Islam”.

On Sunday, Haqqani said those attending university will only be taught by other women.

“When there is really a need, men can also teach (women) but in accordance with sharia, they should observe the veil,” he said, suggesting that universities could ask women to wear the niqab.