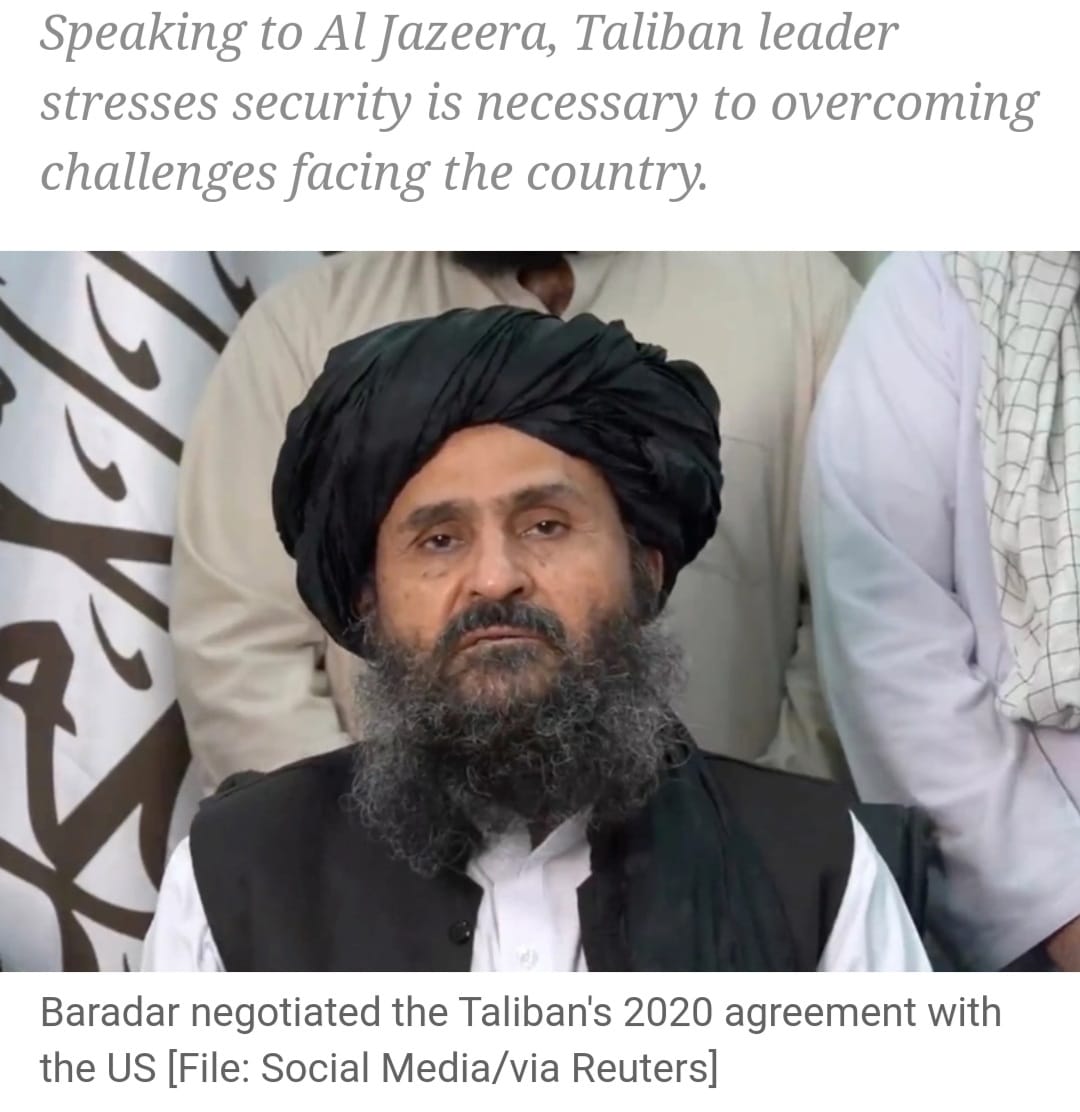 Mullah Abdul Ghani Baradar, the head of the Taliban’s political office, has told Al Jazeera the group is in the process of forming an inclusive government following its lightning takeover of the country last month.

“I assure the people that we strive to improve their living conditions, and that the government will be responsible to everyone and will provide security because it is necessary for economic development, not just in Afghanistan but in the whole world,” he said in the capital, Kabul.

Baradar added security was necessary to kick-start major economic projects in the country.

“If we are able to provide security, we will overcome other problems, and from here the wheel of progress and advancement will begin,” he said, adding that no effort will be spared to reach these goals.

Baradar served as deputy defense minister when the Taliban last ruled Afghanistan between 1996 and 2001. Following the fall of that Taliban government, Baradar served as a senior military commander responsible for attacks on coalition forces, according to a United Nations sanctions notice.

He was arrested and imprisoned in Pakistan in 2010. After his release in 2018, he headed the Taliban’s political office in Doha, becoming one the most prominent figures in the group’s talks with the United States and the signing of their agreement in the Qatari capital last year.

Last Wednesday, Stanikzai told the BBC’s Pashtun radio station that women would be able to continue working, but “may not have a place” in the future government or other high-ranking positions.

Taliban spokesman Zabihullah Mujahid also told the Italian newspaper La Repubblica this week that women would be able to work as nurses, in the police, or as assistants in ministries, but ruled out that there would be female ministers.

The international community has urged the Taliban to respect women’s rights as it takes over the rule of the country, as many women fear a return to brutality seen when the group last held power 20 years ago.

On Saturday, a march by women in Kabul calling for their inclusion in government and for their right to work was met with tear gas and pepper spray by the Taliban.

“We were calm and peaceful the entire time, but they just wanted to stop us at any cost,” 26-year-old protester Razia Barakzai told Al Jazeera.