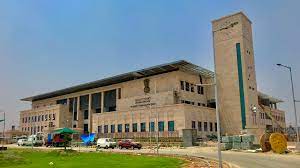 Be fully satisfied before authorizing detention in the exercise of powers under section 167 of CrPC”: Andhra Pradesh High Court directs all judicial magistrates.

The Andhra Pradesh High Court has directed all the Judicial Magistrates in the State to record their satisfaction before authorizing the detention in the exercise of the powers under Section 167 of CrPC and that they should be able to obtain the facts of the case impartially. The mind should be engaged and a reasoned order should be passed.

The division bench of Chief Justice Prashant Kumar Mishra and Justice AV Sesha Sai has also made it clear that any negligence in this regard will be taken seriously and the concerned Judicial Magistrate shall be liable for departmental action on behalf of the High Court. Will happen.

The Bench gave this order on a PIL filed by Bolineni Rajagopal Naidu, who is associated with TV5 Telugu News and several criminal charges have been leveled against him.

The matter before the court,

The petitioner, in his PIL, has sought a direction to all the respondents, including the State of AP, to accuse media personnel or social media users in a reckless manner or without solid evidence substantiating prima facie involvement of the alleged perpetrators in the crime. Do not impose

The petitioner has also sought a direction that the copy of the First Information Report is uploaded within 24 hours of the filing of the report. In the end, it is prayed that the State Police be directed to proceed without fail in all the cases registered by them as per the guidelines laid down by the Supreme Court in Arnesh Kumar v State of Bihar (2014) 8 SCC 273. be strictly followed.

The petitioner filed this petition in court after registering a criminal case against the TV channel and argued that the freedom of the press is for the benefit of the general public.
The petitioner submitted that filing false cases of harassing media persons is against the constitutional principle of the right to freedom of speech and expression.

The petitioner has not prayed for quashing of the criminal cases registered against the TV channel, but in the PIL it has been prayed that the respondents be directed not to impose cases in a negligent manner without concrete evidence and to inform the police Instructions should be given to following the guidelines issued in Arnesh Kumar case.

At the outset, the Court asserted that there could be no general direction not to impute false cases to the defendants, as the Court argued that the investigating agency is generally known to perform its duties in accordance with the law. and each case is considered on the basis of its facts.

At the same time, the court said that it is the duty of the court to see that citizens are not harassed by arresting them in petty offenses involving punishment of fewer than 7 years.

The Court referred to the judgment delivered in the Arnesh Kumar case, in which the Supreme Court had referred to the provisions contained in Section 41(1)(b) of CrPC and held that a police officer must state those facts and give reasons. is bound to record in writing the reasons for which he has come to a conclusion covered by any of the aforesaid provisions while making such arrest and the law requires police officers to record in writing the reasons for not making the arrest. is required.

Highlighting the duty of the Magistrate as laid down by the Supreme Court in the Arnesh Kumar case (authorizing further detention under section 167), the High Court in its order reiterated the law already laid down by the Supreme Court and directed all Judicial Magistrates to He is directed to register his satisfaction before authorizing the detention in the exercise of the powers under section 167 of CrPC.

️ It may be noted that the Supreme Court in the Arnesh Kumar case held that a magistrate, before authorizing the detention under section 167 of CrPC, has to satisfy himself that the arrest is valid and in accordance with the law. and all the constitutional rights of the person arrested are being satisfied.

“If the arrest made by a police officer does not satisfy the requirements of section 41 of the Code, it is the duty of the Magistrate not to authorize his further detention/detention and to release the accused.”

In other words, when an accused is produced before a magistrate, the police officer making the arrest is required to present the facts, reasons, and findings of the arrest before the magistrate, and thereafter the magistrate is satisfied that must that the prerequisite condition for arrest under section 41 of CrPC is fulfilled and only then he shall authorize the detention of an accused

️Before authorizing the detention, the Magistrate shall record his satisfaction, even if it is done in a nutshell, but the said satisfaction must be reflected by his order.