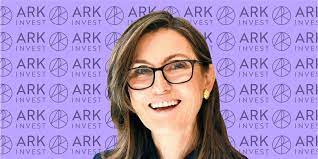 Cathie Wood, the chief executive of Ark Invest and one of the world’s most closely watched investors, said her fund had significantly reduced its exposure to China, leaving only a portfolio of companies that were identifiable “currying favor” with Beijing. Ark’s sharp strategy shift, she told an audience of institutional fund managers on Thursday, was because the environment in China was “quite different” from the one that many global asset managers had poured funds into late last year. Chinese authorities were now focusing on social issues and social engineering at the expense of capital markets, she said. Anything deemed by Beijing as too profitable was at risk of being torpedoed. The Ark founder cited as a catalyst a series of numbing regulatory changes imposed over the course of a single weekend in July by the Chinese government on the country’s online education industry. That move, she said, suggested that the government’s quest for “common prosperity” had become its prevailing concern. The education directives banned for-profit companies from teaching school subjects, effectively wiping out the country’s multibillion-dollar listed tutoring sector overnight. The measures are part of a wider crackdown on the tech, entertainment and gaming sectors. Shares in Tencent and NetEase, China’s two leading online gaming companies, dropped sharply on Thursday, while the wider Hang Seng Tech index fell 4.7 percent after authorities instructed the groups to “break from the solitary focus of pursuing profit”. “We have not eliminated our positions but we have reduced our positioning in China dramatically and we have swapped some of our holders, which became losers, into companies that we know are courting the government with ‘common prosperity,” said Wood. Ark’s sharply consolidated China portfolio of companies seeking the government’s favor included JD Logistics, which Wood said was building infrastructure in third- and fourth-tier cities on extremely low gross margins. Wood also noted the e-commerce platform Pinduoduo, which she said was investing heavily in the grocery sector and supply chains between farms and stores. “I think it’s basically investing for free to help the government,” she said, adding that certain companies appeared to be specifically “currying the government’s favor”.

Wood’s comments, which were made during a Mizuho Securities investor conference, came against a debate among global investors over whether Chinese President Xi Jinping was rendering certain sectors in the equity markets of the world’s second-biggest economy in effect uninvestable because of the unpredictable regulatory risk hanging over them. Beijing’s recent interventions have hit Chinese businesses listed on US stock markets particularly hard, including the tutoring companies and ride-hailing group Didi Chuxing, whose shares tumbled after regulators launched an investigation into its data security shortly after its New York initial public offering. Wood argued that despite Ark’s recent portfolio reshuffle, she did not think China wanted to shut itself off from the rest of the world or to stop growing but was instead undergoing a “reset”. “We think they’ll reconsider some of these regulations with time and we won’t give up on China because they are so focused on innovation and they are so inherently entrepreneurial,” she said. BlackRock this week said it had attracted $1bn to its debut mutual fund in China, for which it gained approval this year. Financier George Soros criticized the move in The Wall Street Journal, calling it a “tragic mistake”. China has over recent years taken steps to liberalize its vast and strictly controlled capital markets, allowing foreign companies to fully own their mutual fund and securities businesses. Big international groups, which already have significant exposures to Chinese stocks, have sought to expand into the nascent asset management industry, with BlackRock this week saying its recently approved onshore business had brought in 110,000 clients for its first fund.