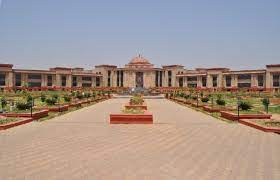 The Chhattisgarh High Court recently held that missing persons cases cannot be brought under the provision of Habeas Corpus petition.

Justice Arup Kumar Goswami and Justice N.K. On such cases being disposed of as regular cases by a competent court and not applying to the extraordinary jurisdiction of Constitutional Courts, Chandravanshi said, “Cases of missing persons are to be registered under the regular provisions of the Indian Penal Code (IPC) and The concerned police officers are bound to investigate it in the manner prescribed under the Code of Criminal Procedure.

The petitioner has filed the Habeas Corpus petition. It has sought a direction to the respondents to produce his missing daughter. The petition said that the petitioner’s daughter was married in 2011 and had a daughter.

Sometimes the family members raised doubts about the daughter of the petitioner that she was suffering from an evil spirit, so the in-laws started torturing her physically and mentally. Further, the petitioner’s daughter had lodged a complaint with the Women’s Police against her husband and his family members.

After the counseling session, the daughter of the petitioner went to her husband’s house with a promise to live in peace. However, no information was received about the well being of the petitioner’s daughter since that day.

The police have registered a missing report, but the petitioner suspects that her daughter was murdered by her husband and his family. Despite the complaint, it is alleged that the Inspector General of Police did not take any action in search of the daughter of the petitioner.

During the hearing, the court had issued several directions to find the daughter of the petitioner. However, despite all the efforts of the police, they could not trace the missing girl. The court granted relief in the case of Kanu Sanyal v. District Magistrate, Darjeeling and others (1973).

In the said case, the Supreme Court had explored the history, nature and scope of the writ of habeas corpus. In that case, the Court observed that habeas corpus is “a writ of antiquity whose first thread is deeply woven.

The Court also referred to the case of Union of India Vs Yumnam Anand M and others, where while explaining the nature of habeas corpus writs, the Court observed, “Article 21 of the Constitution declares that procedure established by law According to this, no person shall be deprived of life and liberty.

Besides, there is definitely a need for a machinery to investigate the question of illegal detention with utmost urgency. A writ of habeas corpus is an instrument of this nature. Blackstone called it a “writ efficacious in all forms of illegal confinement”. The writ is described as a writ of right, ex debito justicia.

️However, a writ of right is certainly not a writ. The applicant must show a prima facie case of his illegal detention. However, he shows such reason and the return is not good and sufficient, he is entitled as a right of this writ.

The court refused to issue the extraordinary writ observing that no one alleges that the petitioner’s daughter has been illegally kept in custody by the official respondents or her husband.

Case Title: Jaymati Sahu Vs. State of Chhattisgarh and Ors.