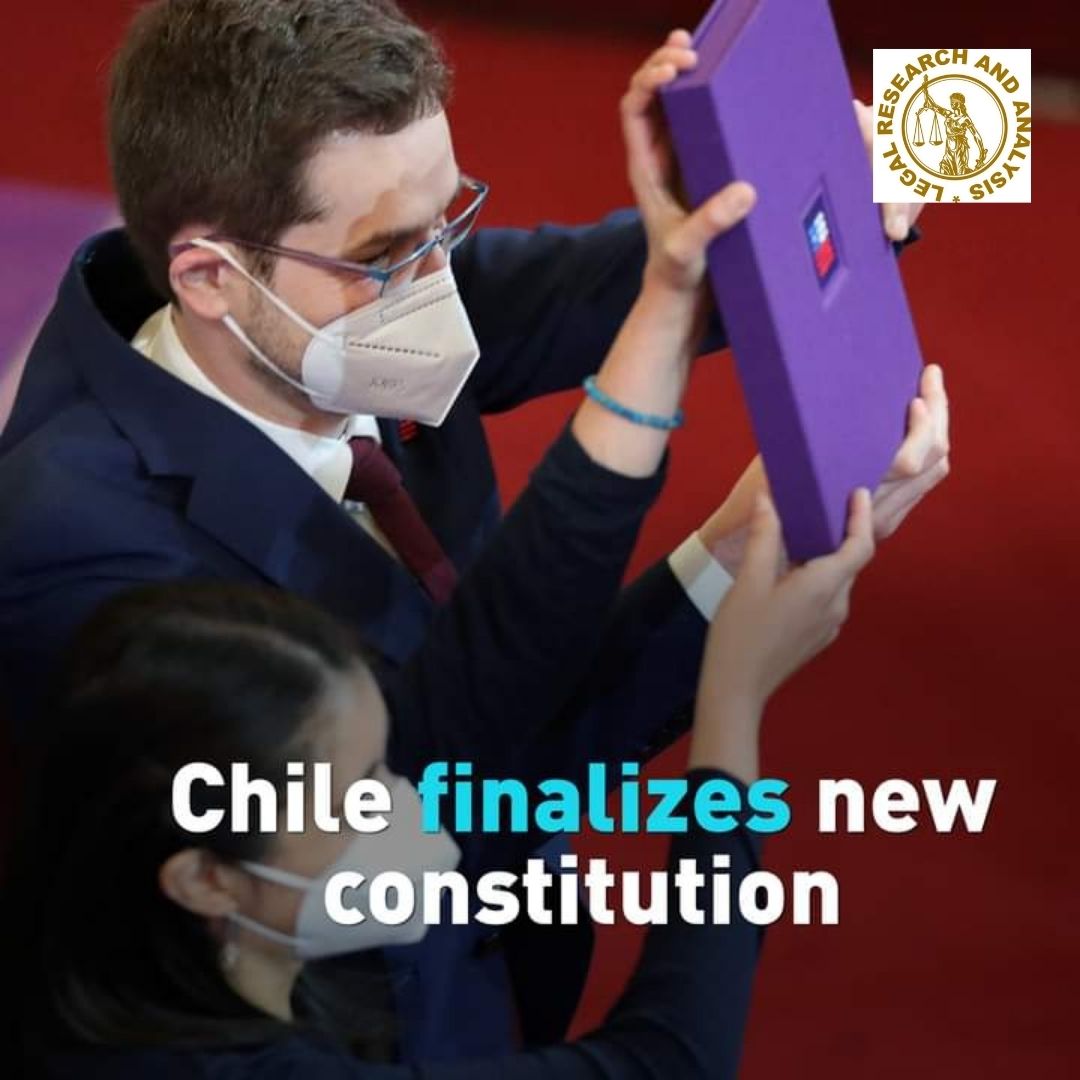 The new rules would replace the constitution written and implemented from 1973 to 1990 during the rule of Pinochet. The push for the revamped constitution came after protests by people broke out in the streets in 2019 demanding social reform.

The new document was developed through the debates and work of a constituent assembly made up of 154 citizens, most politically independent. The group will be dissolved a year after it began working on July 4, 2021.

In the first of the constitution’s 388 articles, the country is described as “a social and democratic State of law.” Among its changes, the new constitution will have a nationwide right to abortion and will allow a certain autonomy to Indigenous institutions.

The document will be put up for a referendum on September 4, with 15 million Chileans deciding on whether to accept or reject his new constitution. Citizens will have the next two months to go over the text beforehand.