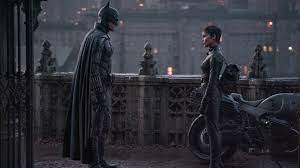 The Batman Review: Thanks to Matt Reeves, Robert Pattinson exceeds expectations! This DC reboot will leave you longing for Gotham
The movie also runs around Batman’s intimate relationships with Selina, who portrays the character of the Catwoman.

the-batman
The three-hour-long movie feels absolutely comfortable and gritty in showcasing the detective story of the character that keeps growing stronger.
Batman has been synonymous amongst people and doesn’t really need any introduction. The character has been greatly popularized over the years and has also been depicted in many movies in the past, but then the question arises, why another Batman movie? What is so different about the new movie? Well, The Batman by Matt Reeves is just the key to all your questions.

The Batman movie actually rises above the conventional DCEU movies and fairs to stand out amongst the various versions of the characters. The last time a Batman movie made headlines was the Dark Knight trilogy from Christopher Nolan that had paved a benchmark for the character. But the new Batman movie adds more flavor to the character, which makes it distinct.

Comparing the character to Christian Bale’s Batman, the character had a distinctive vibe that hid under the shadows and had a viable undertone. The Batman character played by Pattinson on the other hand is a complete volatile freak that can evoke fear in the criminals.

The movie constantly revolves around the tussles with the Riddler, who is on a killing spree where his targets are Gotham’s popular names that have committed heinous crimes in the past. Batman in the movie manages to knit the world of Riddler through his deranged philosophical psychopath for the knack for riddles.

The movie also runs around Batman’s intimate relationships with Selina, who portrays the character of the Catwoman. The chemistry between the two characters has often found space in comics but never made its way in films. However, this time around the filmmaker has tried to resonate the angle nicely in this movie. More than love, the movie depicts genuine respect for the two characters.

The Batman and Catwomen have different goals and approaches but end up intertwining in the process. Although the movie is about Batman, there isn’t a moment where the Catwomen allows the superhero to reign over her. Her character shows, she needs no saving and has handled or seen worse.

The three-hour-long movie feels absolutely comfortable and gritty in showcasing the detective story of the character that keeps growing stronger. Talking of direction, the movie has been brilliantly made with great bokeh effects and remarkable lighting.

Hollywood superhero films are generally recognized by the face of the character and The Batman by Matt Reeves will be remembered for the work put, in making the movie.

With many shifts in the release of the movie due to pandemics, The Batman has finally been released and is worth the wait.

What made it so significant is the way Matt Reeves has portrayed such a raw and emerging batman, who’s still learning, still building his relationship with Alfred, still trying to cope up with the quick shifts in personality. The constant dilemma that consumes the spectators is which is the real personality here, bruce or Batman… it’s like even when he takes off the mask he’s still covered with the remains of being batman. An example of how even superhero/ comic book movies can be more than CGI. Matt REEVES’s batman is a metaphor for

ways, about different perspectives. Crafted and captured in the most beautiful way possible. I might as well call this the best comic book movie ever and one of the best psychological thriller dramas ever created.