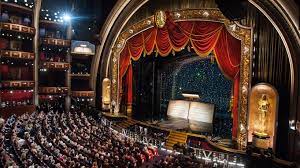 The 94th Academy Awards ceremony has been held at the Dolby Theatre in Los Angeles to honour the best in cinema. It takes into account movies that are released between 1st March and 31st December.

Jane Campion- The Power of the Dog

The Queen of Basketball

Summer of Soul (…Or, When the Revolution could not be televised)