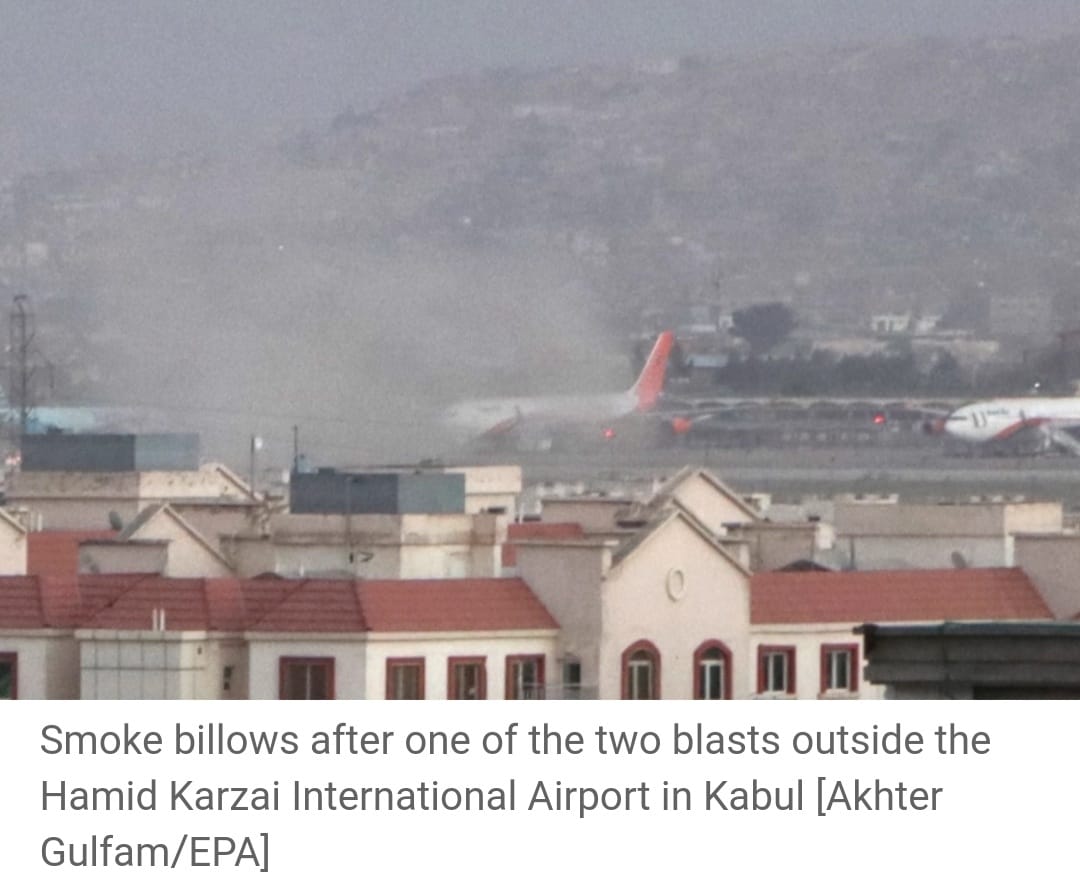 A list of some of the deadliest days for the US Army after explosions at Kabul airport kill at least 13 American soldiers.

At least 13 United States soldiers are among the 85 people killed in the explosions at Kabul airport, claimed by ISIL (ISIS) affiliate, the Islamic State in Khorasan Province (ISKP or ISIS-K).

It was the worst single-day loss for American troops in Afghanistan since the August 2011 attack on a Chinook helicopter that killed 30 service members.

Some of the deadliest days for US troops in Afghanistan:

August 26, 2021: Two suicide bombers and gunmen attack crowds of Afghans flocking to Kabul’s airport in the waning days of airlift for those fleeing the Taliban takeover. The attacks kill at least 72 Afghans and 13 US troops.

December 21, 2015: A suicide attacker rams an explosives-laden motorcycle into a joint NATO-Afghan patrol, killing six American troops. The soldiers were targeted as they moved through a village near Bagram airfield.

October 2, 2015: 11 people, including six US service members, are killed when a US Air Force C-130J transport plane crashes.

December 17, 2013: Six US service members are killed when a helicopter crashes.

May 4, 2013: Seven US soldiers and a member of the NATO-led coalition are killed as the Taliban continued attacks as part of their spring offensive.

March 11, 2013: A helicopter crash in southern Afghanistan kills five American service members. Two US special operations forces were gunned down hours earlier in an insider attack by an Afghan policeman in eastern Afghanistan.

August 6, 2011: A helicopter is shot down by an armed group with a rocket-propelled grenade, killing 30 American troops and eight Afghans.

May 26, 2011: Nine NATO service members are killed, including seven US troops who died when a bomb exploded in a field where they were patrolling on foot.

April 19, 2011: An Afghan officer kills eight US airmen and one US civilian during a routine meeting at an Afghan air force headquarters compound in Kabul.

September 21, 2010: A helicopter crashed in a rugged section of southern Afghanistan, killing nine. The Defense Department said three were Navy SEALs and one was assigned to the Naval Special Warfare unit. Five were soldiers from the 101st Combat Aviation Brigade, 101st Airborne Division, at Fort Campbell, Kentucky.

October 26, 2009: Eleven American soldiers are killed in separate helicopter crashes. One chopper goes down in western Afghanistan, killing seven soldiers and three civilians working for the US government. In a separate incident in the south, two other US choppers collide while in flight, killing four American troops.

October 3, 2009: Eight US soldiers are killed when their outpost in Kamdesh, Nuristan, is attacked by as many as 300 militants. Another soldier dies in Wardak province when a bomb detonates while he attempts to disarm it.

July 13, 2008: Nine American soldiers are killed when their remote outpost in Wanat, Nuristan, is attacked by small-arms fire and rocket-propelled grenades. Another soldier dies in Kajaki Sofla when his vehicle strikes a roadside bomb.

February 18, 2007: A US helicopter crashes in the Shahjoi district of Zabul province, killing eight American troops.

May 5, 2006: 10 American soldiers die in a CH-47 Chinook helicopter crash during combat operations in eastern Afghanistan.

June 28, 2005: 16 US troops on a special forces helicopter are killed when their MH-47 Chinook helicopter is shot down by armed fighters. Three US sailors also die the same day.

April 6, 2005: 15 US service members and three American civilians are killed when their helicopter goes down in a sandstorm while returning to the main US base at Bagram.

January 29, 2004: An explosion at a weapons cache kills eight US soldiers.

March 23, 2003: A US Air Force helicopter on a mercy mission to help two injured Afghan children crashes in southeastern Afghanistan, killing all six people on board.

January 9, 2002: A US military refueling plane that was resupplying troops in Afghanistan crashes in Pakistan, killing all seven Marines on board.