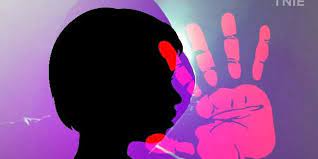 Police are trying to make sense of why all seemingly unrelated events connect all the way to this controversial luxury hotel, and how to bring the perpetrators to book
The hotel in Fort Kochi came under the spotlight after two models, Ansi Kabeer and Anjana Shajan, died in a car crash in November last year.
THIRUVANANTHAPURAM: A car chase that began from a high-profile hotel in Kochi and ended with the deaths of three people; allegations of drug peddling and sexual abuse at the hotel; the hotel’s popular owner arrested in a POCSO case and released on bail; the incidents surrounding the ‘No 18 Hotel’ in Fort Kochi since November 1 last year seem like nothing short of a thriller.

Police are now trying to join the dots between these seemingly unrelated events connected to this controversial luxury hotel.

The No 18 hotel is known to be a popular getaway among Kerala’s elite, including film personalities and VIPs. It hit the headlines on November 1 last year when former Miss Kerala Ansi Kabeer, 25, and runner-up Anjana Shajan, 26, died in a road accident as their vehicle was reportedly being chased by alleged drug peddler Syju Thankachan after they left the hotel. Ansi and Anjana’s friend, 28-year-old M Ashiq, who was also in the car, died a week later. “All three of them would have been alive if the car chase hadn’t happened,” the police later wrote in the FIR.

Soon after that, several complaints of sexual abuse and drug peddling at the hotel began surfacing. The swanky getaway is located in the center of Fort Kochi, just 100 meters away from the port city’s police station.

Its owner, Roy J Vayalat, is a popular property dealer with connections to top officials. There were hardly any issues surrounding the hotel until the November accident, after which its bar license was suspended.

A senior official who is now part of a special investigation team (SIT) that is probing matters related to the hotel disclosed that three women have approached them with separate complaints against the place, and cases will soon be filed.

Besides, a case under the Protection of Children from Sexual Offences (Pocso) Act has now been registered against Vayalat and his friends Anjali Reema Dev and Thankachan — the alleged drug peddler involved in the road mishap — for allegedly assaulting a 17-year-old girl. Their anticipatory bail pleas are coming up in the high court on March 2.

A native of Kozhikode in north Kerala had filed another complaint against Vayalat, alleging that he molested her 17-year-old daughter during a party at the hotel in October last year. She said the assault was filmed and she was threatened that the clip would be circulated if she approached the police.

Incidentally, both Thankachan and Dev were present at the hotel when the assault took place, the victim’s mother alleged. Later, an SIT made both of them co-accused in yet another Pocso case involving the hotel.

Vayalat is also facing a separate case for allegedly destroying CCTV tapes and other digital evidence of a party area of the hotel soon after the road mishap. Vayalat and Thankachan were arrested after the accident, but both managed to secure bail later on.

Also, Dev is facing a separate case for revealing the identity of the minor who was sexually assaulted, for which a Pocso case was slapped on her.

A 20-year-old who visited the hotel has also alleged that she was assaulted. “I went to the hotel about six months ago as part of a modeling assignment. A DJ party was on and I was invited to join it. I was quite reluctant. I was offered a cold drink laced with some substance, and I almost suffered a blackout. Later, I was locked up in a room and assaulted,” she said, adding that after she escaped the hotel the next day, she started receiving threats.

“I was sent a clip later in which a top police officer is seen sitting near the party area [at the hotel]. The message to me was loud and clear,” she said, claiming that other such unsuspecting victims like her were trapped at the place.

She also said that she had information that some of the victims were blackmailed into drug peddling, while she also saw multiple celebrities at the hotel.

As complaints surrounding the hotel mounted after November’s accident, relatives of Ansi Kabeer sought a central agency probe into the developments.

“The recent cases under the Pocso, among other complaints, against the hotel show the role of a gang thriving on drug deals and exploitation of young girls on the hotel premises. Since most of the people involved are powerful, we want a central agency to unravel the truth,” said her uncle A Nizamuddin.

Kochi police commissioner Nagaraju Chakilam said investigations involving claims of objectionable activities surrounding the hotel were on track. He warned that the police will pursue the matters, but will also be wary of unsubstantiated claims on social media.