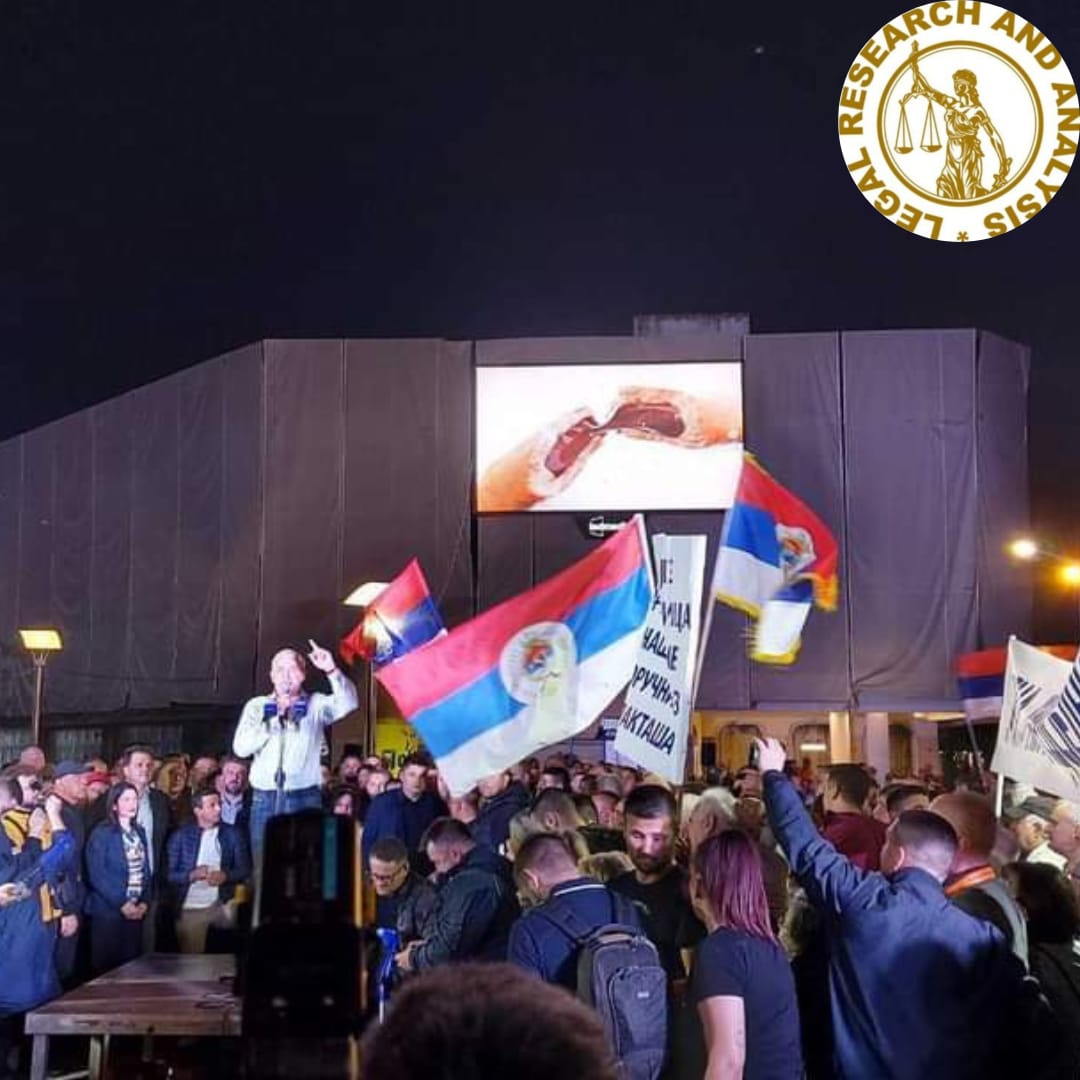 After counting nearly 82 percent of the votes cast in the race to become president of Bosnia’s Serb-dominated entity, Republika Srpska, Bosnia’s Central Electoral Commission, CEC, announced that Bosnian Serb political leader and president of the Alliance of Independent Social Democrats, SNSD, Milorad Dodik, was on track for a third term.

Dodik was in the lead with 48 percent of the vote, according to CEC data. His main opponent, Jelena Trivia of the Party of Democratic Progress (PDP), received 42% of the vote.

On Sunday night, both claimed victory.

Following the publication of the preliminary results for the presidential election in Republika Srpska by the CEC, the PDP held a press conference on Monday, claiming that Dodik only “won by election fraud.” “We will not give up.” Everything we said last night was accurate. “The difference was over 10,000 votes,” PDP President Branislav Borenovic told the media.

“We will investigate everything thoroughly, and based on that, there is a serious reason to cancel the presidential elections in a large number of polling stations and cities,” he added.

Trivia, a 39-year-old former professor widely regarded as just as hardline as Dodik, thanked those who voted for her on Sunday.

Dodik took his time claiming victory, but he did so two hours after midnight. “These are the confirmed results from local electoral boards,” Dodik said, congratulating his ally, Serbian state presidency member Zeljka Cvijanovic, on her victory.

However, Dodik and his SNSD lost support in comparison to the 2018 elections. Cvijanovic received approximately 90,000 fewer votes than Dodik for the same position.

Many attribute his decline to his friendship with Croatian President Zoran Milanovic, as well as his growing dissatisfaction with his current situation.

The results for Bosnia’s collective head of state have been confirmed by the CEC. In addition to Cvijanovic, the disputed Croat Zeljko Komsic will be elected to a fourth term as president.

Denis Becirovic, an opposition candidate backed by an 11-party coalition, will fill the Bosniak post.

Becirovic defeated Bakir Izetbegovic, leader of the main Bosniak party, the Party of Democratic Action, SDA, who hoped for a third term as president.

“How can you expect to win with 11 parties opposing you?” “With nine of them, I could easily win, but with eleven, I couldn’t,” Izetbegovic admitted defeat.

Despite his defeat, Izetbegovic’s SDA party received nearly 25% of the votes cast for the state legislature.

Years of growing discontent among the Bosniak population are also reasons why Izetbegovic was not elected. Some believe that a sizable number of Bosniaks voted for Komsic, diverting votes intended for Izetbegovic.

Bosnians voted on Sunday for a new state legislature, assemblies in the two entities, ten cantonal assemblies within the Federation, and the three-member state presidency.

3.3 million voters, slightly more than the official population, were eligible to vote in the 14th elections since the first post-war elections in 1996.

Only 50% of Bosnians voted in the 5,904 polling stations, according to the CEC.