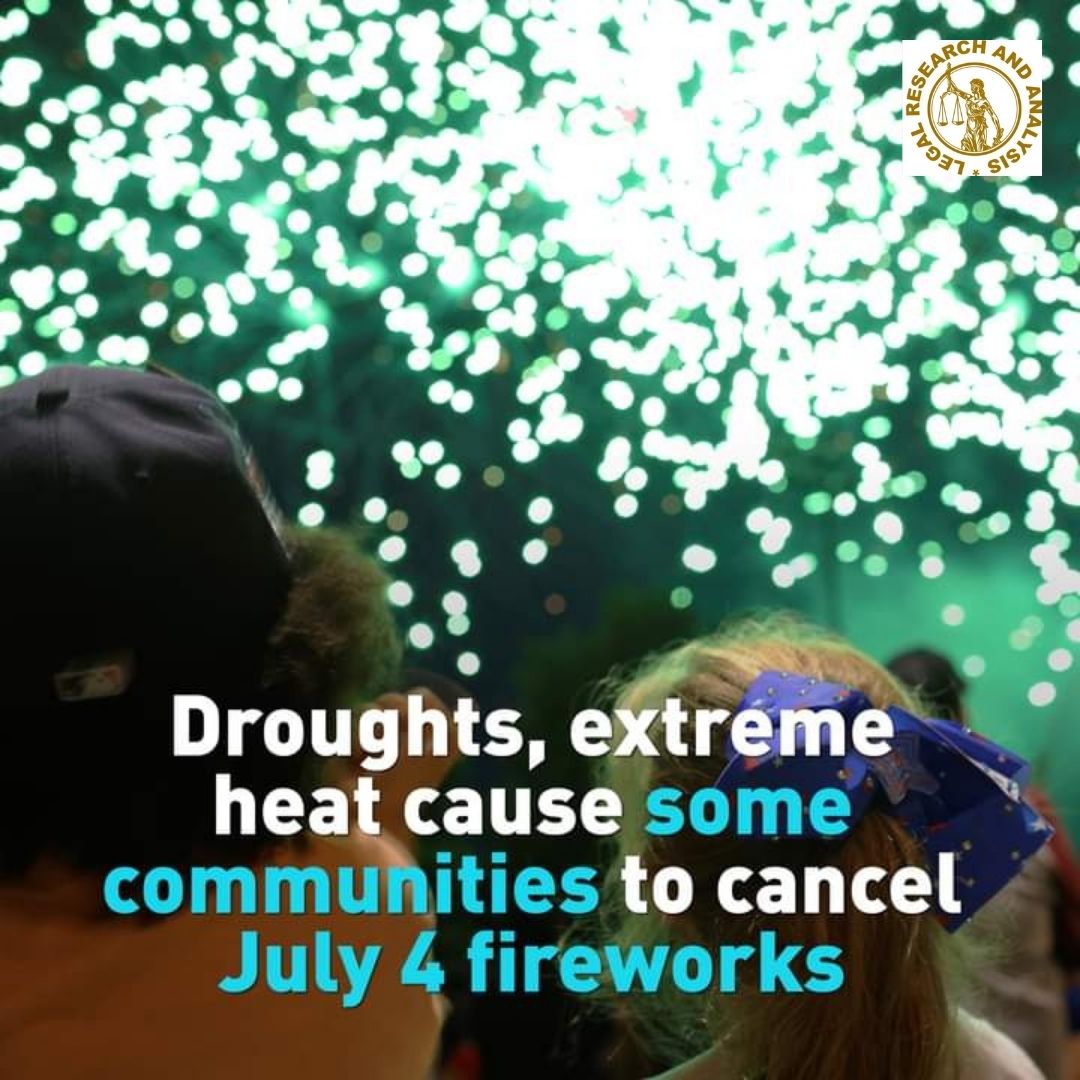 Due to droughts and extreme heat, several cities in the United States have banned firework displays forward with the Fourth of July celebrations.

According to the most recent U.S. Drought Monitor report, nearly half of the entire United States is experiencing drought conditions.

States are limiting larger firework displays in the hopes of preventing wildfires caused by dry foliage and heat. In order to reduce risks, some societies in California, Colorado, New Mexico, Utah, and Texas already have canceled fireworks displays.