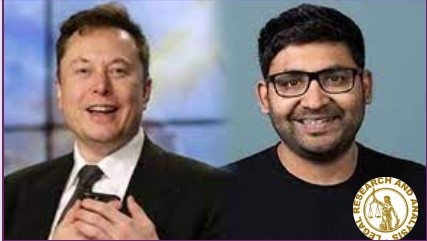 With a resolution in sight, Elon Musk’s battle with Twitter has left one clear loser — the richest man in the world.

But experts say the bankers, lawyers, and employees who have been sucked into Musk’s orbit may also pay a price for the months-long legal battle.

Wedbush technology analyst Dan Ives likened Musk’s purchase to trading “caviar for a $2 slice of pizza.” It’s a bad deal for the billionaire and the more than a dozen investors who have offered to back the $44 billion deal.

Meanwhile, it’s a clear win for Twitter the company against a man who has been loath to back down in the past, as well as a win for shareholders who stand to benefit if Musk follows through on his offer. However, inside the company, Musk’s potential takeover is already frustrating employees and raising concerns about future layoffs.

Here’s who could get hurt in the battle for Twitter’s future — and who stands to benefit:

Musk’s reversal on the Twitter acquisition is not only a rare instance of the billionaire accepting defeat, but it has also put him in an even worse position in terms of financing the transaction.

The Tesla CEO has repeatedly criticized and helped to lower the stock price of the company he intends to buy. Twitter’s stock has dropped as much as 26% since Musk’s initial acquisition offer.

Though shares of the social media company rose 22% after Musk announced his intention to buy it again, observers argue that Musk is overpaying, particularly in comparison to Twitter’s main rivals: by paying $54.20 per share, Musk will pay more than double the current valuations of Meta and Snap, according to Barron’s.

Musk’s fortune, which is heavily reliant on Tesla’s stock price, has also plummeted in the months since. According to Bloomberg’s Billionaires Index, when he agreed to buy Twitter in April, he was worth $257 billion. Tesla has dropped 28% since Twitter’s board accepted Musk’s offer on April 25. Musk is now worth roughly $30 billion less on paper than he was prior to the initial deal agreement.

“We believe the company he may soon own is considerably less attractive at this point, with a steady drumbeat of departures across the ranks and a product that has been in limbo since April when the deal was originally announced,” Kelley and Doheny wrote in a note published Tuesday.

Aside from Musk, those financing the deal have the most to lose.

The parties — which include Morgan Stanley and Bank of America, to name a few — will be faced with financing the deal after months of subpoenas and back and forth between Twitter and Musk.

“From the perspective of the banks, this is less than ideal,” Ives told Reuters. “The banks have no choice but to finance the deal because they have their backs to the wall.”

To make matters more difficult, the transaction is now proceeding at a much less favorable time for banks, who are increasingly concerned about rising interest rates and the possibility of a recession.

According to Reuters, the banks involved in the transaction could face “hundreds of millions” in losses as they try to sell to investors who are becoming wary of taking on riskier debt.

The court battle also forced investors, including Oracle founder Larry Ellison and Morgan Stanley CEO James Gorman, to air their dirty laundry after the men were subpoenaed and texts between investors and Musk were publicly shared as a part of the pretrial discovery process.

Gerard Filitti, senior counsel at The Lawfare Project, an international non-profit legal think tank and litigation fund based in New York City, told Insider Musk might even have been incentivized to close the deal by the damage his impending deposition could have on some of his closest relationships in the corporate world.

According to Harry Kraemer, a professor of management and strategy at Northwestern University’s Kellogg School of Management, the entire saga is “devastating” for Twitter employees.

In fact, the news that Musk had re-upped his offer to buy the company also came as Twitter employees were sitting in 2023 strategy meetings, meetings some employees fear could be rendered pointless under new ownership. One employee, senior financial analyst Parker Lyons, tweeted a meme to that effect, implying that the company’s 2023 plans were now “worthless.”

According to Insider’s Kali Hays, hundreds of Twitter employees have left the company since June, primarily due to concerns about Musk’s leadership.

Since Musk agreed to buy the company, Twitter has paused hiring and begun layoffs. The company blames its actions on Musk’s pressure to cut costs, and more layoffs are possible: during an all-hands meeting with Twitter employees in June, Musk alluded to more cost-cutting, saying that the company “needs to get healthy.”

Derek Horstmeyer, a finance professor at George Mason University, told Insider by email that Twitter employees might have “a rough go of it” if Musk takes over.

“I expect lots of people quitting given the changes Elon wants to make,” Horstmeyer said.

Twitter is one of the few companies that has triumphed over Musk, but its victory has not been without consequences.

Filitti told Insider Twitter is getting exactly what it wants, while avoiding the “bad blood and exorbitant cost of the litigation [which] would significantly damage the company and all involved.”

hough, Paul Regan, Associate Professor and Associate Director of the Institute of Delaware Corporate & Business Law at Widener University Delaware Law School, noted that overall the company will still have to recover from the uncertainty of the trial.

It also faces a future with Musk as a reluctant buyer.

Twitter’s shareholders stand to gain the most from this saga, particularly those who bought during the downturn.

According to The Wall Street Journal, Carl Icahn, for example, could profit significantly from the deal. The billionaire investor and chairman of Icahn Enterprises poured roughly $500 million into Twitter in recent months, purchasing shares at a discount after Musk attempted to back out of the deal.

As a result, according to the Journal, he stands to gain at least $250 million.

Pentwater Capital, a Florida-based hedge fund, stands to benefit as well, having become one of Twitter’s largest shareholders in the second quarter. According to CNBC, if the sale goes through, Pentwater will profit more than $200 million.

Sources told The Journal that other big-name investors, including Third Point and D.E. Shaw Group, have also invested in Twitter as this ordeal played out and could be set up to see significant gains.

“Twitter shareholders are the real winners,” Horstmeyer said. “He is overpaying by anywhere from 50% to 75% for this company.”

Throughout the battle, Twitter CEO Parag Agrawal has come across as highly professional — even after a trove of private text messages from his conversations with Musk were released.

Hundreds of text messages between Musk and some of Silicon Valley’s most powerful people were released last month as part of the lawsuit’s pretrial discovery process.

According to the texts, Agrawal was one of the few men who approached Musk without pandering or reacting negatively to the billionaire’s insults.

The Twitter CEO continually refused to bend their knee to Musk, despite the billionaire’s attempts to abandon the deal.

In April, Agrawal took Musk to task for publicly questioning the viability of the company.

“You are free to tweet ‘Is Twitter dying?’ or anything else about Twitter,” Agrawal texted Musk. “But it’s my responsibility to tell you that it’s not helping me make Twitter better in the current context.”

It’s likely he may lose his role as CEO if Musk goes through with the purchase.

But if he does, Agrawal will leave looking better in the public eye than he did going into the court battle.

Both Twitter and Musk employed over 50 lawyers from several top law firms in the court battle.

While the lawyers may lose millions and the opportunity to spar at trial, experts told Insider Musk could still pay up to $200 million in legal fees for himself and Twitter after the lawyers spent months filing nearly a thousand court letters and hundreds of subpoenas.

Litigators, merger and acquisition lawyers, and senior partners at such notable firms can make up to $2,500 an hour, according to Anat Alon-Beck, a business law professor at Case Western Reserve University.

She put the estimate for Musk’s costs for just lawyers at around $30 million. Transperfect CEO Phil Shawe, who has litigated cases for his company in the Delaware Court of Chancery, said Musk could easily be shelling out $7 million to $10 million per month in legal fees and potentially even more in the months closer to the trial.

“The big, big winners in this one are gonna be the law firms,” Kraemer said. “These guys are gonna make a fortune.”