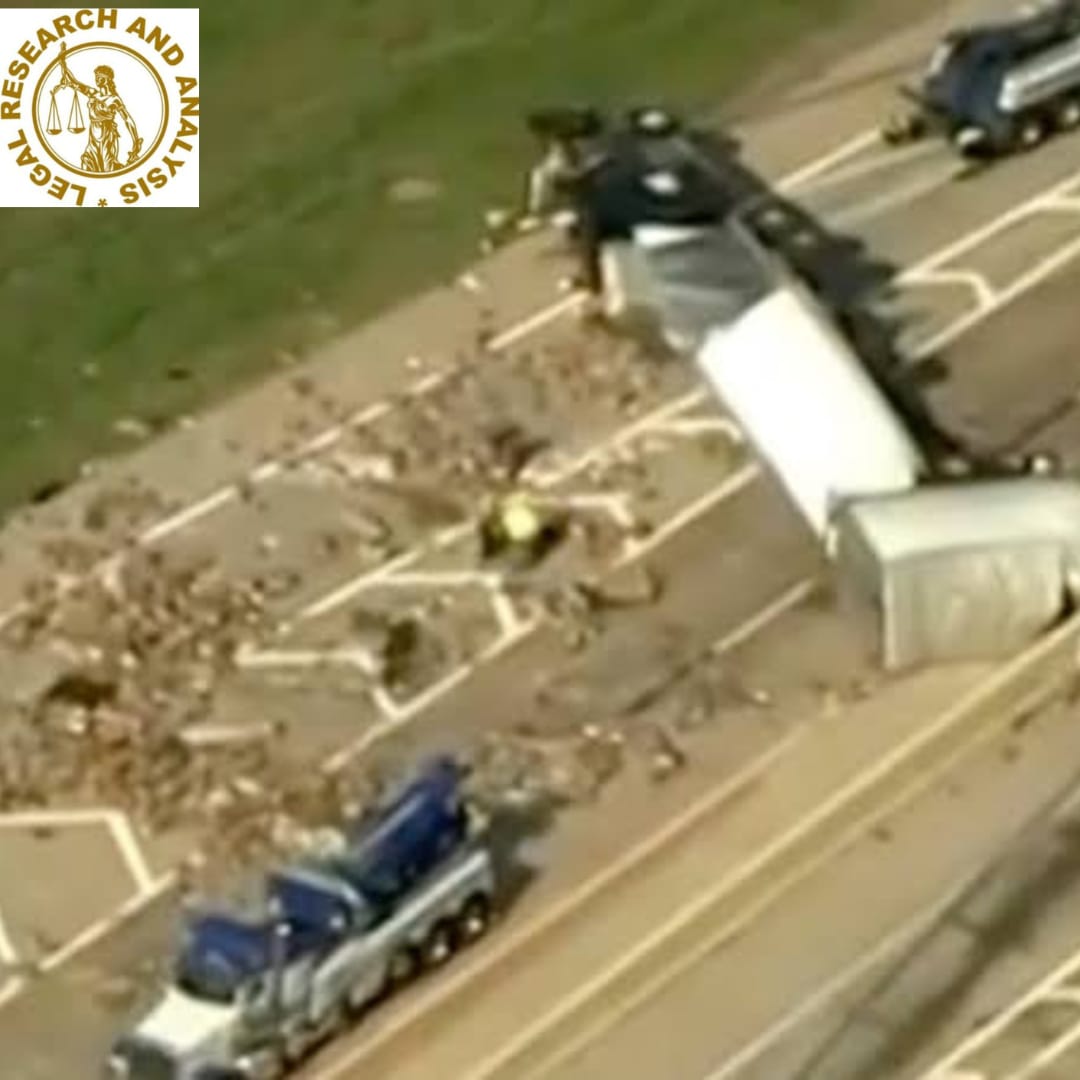 According to News9, the collision took place on Wednesday when a semi-truck and a box truck were on the I-40 close to Mustang Road, not far from Oklahoma City.

The wrecked cargo, which according to independent Oklahoma news site The Lost Ogle was not far from “a major adult-product-focused distribution hub,” was captured by the TV station by sending a helicopter into the air.

Meanwhile, in an awkward interview with co-host Lacey Lowery, News9 helicopter pilot and presenter Jim Gardner appeared to hint at the contents of the spill. “What’s going on on the road?”

Mr. Gardner responded after a long quiet, “well, not really, maybe you can tell.” I’m not sure. The good news is that the driver is not wounded, but there is a lot of debris on the road.”

“Whatever it is, it’s going to take a bit to clean up,” he added.

According to News9, the highway was stopped for several hours while employees from the Oklahoma Highway Patrol tried to clean up the spill.

Meanwhile, a video of the aftermath of the collision has been viewed over 3.9 million times on Twitter, with tens of thousands of comments and jokes about the semi-pornographic truck’s content.