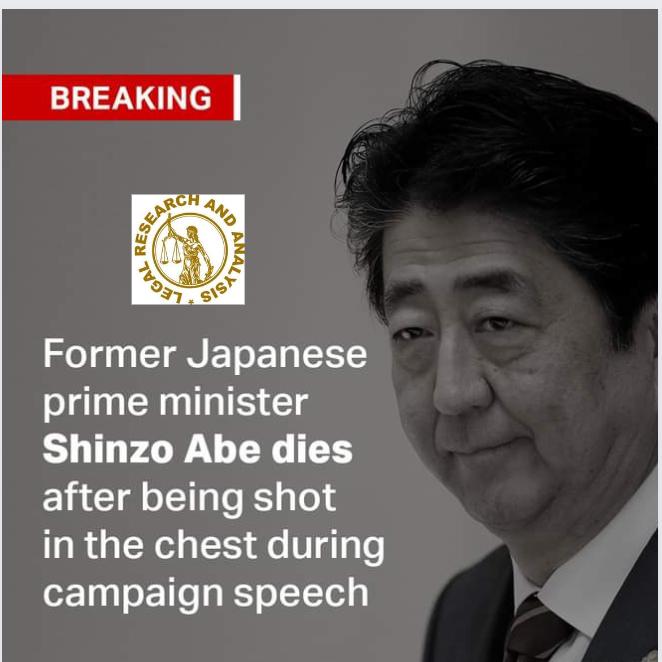 Shinzo Abe, a former Japanese prime minister, has passed away, according to state broadcaster NHK.

When he was shot earlier on Friday, Abe, 67, was giving a campaign address close to a subway station in the western city of Nara.

According to top cabinet secretary Hirokazu Matsuno, former prime minister Abe was shot on Friday at around 11:30 am in the western area of the nation of Nara.

The former prime minister seemed to be in “cardiorespiratory arrest,” a term frequently used in Japan before a suspected death can be officially confirmed by a coroner, according to local media, including national broadcaster NHK and the Kyodo news agency.

Abe, the longest-serving prime minister in Japan, was in power from 2012 to 2020 and again from 2006 to 2006. when he was compelled to resign because he had ulcerative colitis, a crippling digestive illness.