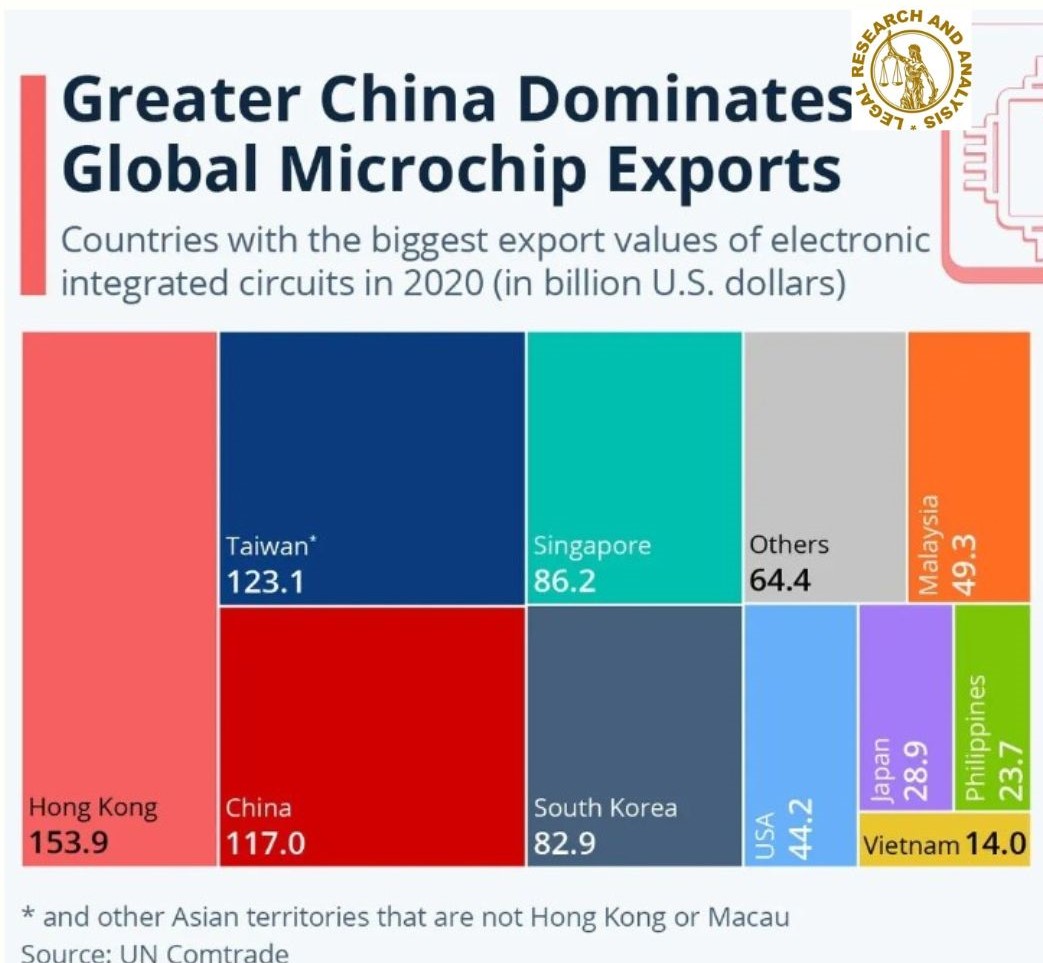 US President Joe Biden is likely to sign the Chips+ bill into law soon, with the aim of improving the ability to compete with the US microchip industry, reducing reliance on Greater China, and alleviating the global shortage of microchips.

The bill is expected to cost around $280 billion, with a key provision of around $52 billion going directly to U.S. technology companies over the next 5 years for facility expansion as well as development and research.

For the time being, Mainland China, Hong Kong, and Taiwan continue to stay dominant players in worldwide microchip production, controlling half of the global export market.

According to the UN Comtrade database, Greater China’s microchip exports totaled just under $400 billion in the global epidemic year of 2020, the most recent year for which full data is available.

Even as recently as 1990, the United States accounted for nearly 40% of global semiconductor production, with Europe accounting for roughly the same amount. However, the growth of low-cost production factories in Asia created a trend that quickly changed the traditional origin of semiconductor materials.

By the year 2000, the United States and Europe accounted for slightly more than 40% of global chipmakers, with Japan, South Korea, and Taiwan accounting for the majority of the remainder.

By 2020, Mainland China was expected to be responsible for up to a quarter of global output, eroding market share from competitors in the United States, Europe, and Asia.