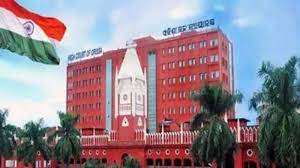 Bail cannot be denied as an indirect method of punishment before bail: Orissa High Court

The Orissa High Court has observed that denial of bail should not be used as an indirect method to punish accused persons before their sentencing. was also opposed
While granting bail to the petitioners here, a single judge bench of Justice Sanjeev Kumar Panigrahi said,

“Bail, as put in the category of judgments, but should not be withheld as punishment. Bail cannot be denied to an accused person as an indirect method of punishing him before he is convicted. Further, it has to be kept in mind that there is no justification for classifying offenses into different categories like economic offenses and denying bail on the ground that the offenses involved belong to a particular category. Therefore, it cannot be said that bail should always be denied in cases involving serious economic offenses, it is not in the interest of justice that the petitioner is kept in jail indefinitely when he is not proven guilty.

Factual background and arguments on both sides:

Both the petitioners along with other accused were allegedly involved in the formation and operation of 12 fake/fake firms in the name of unrelated persons by misusing their identity proofs. This was done without his knowledge, so that fraudulent input tax credit of an amount of Rs. 20.45 crore on the force of fake purchase invoices without any physical receipt or actual purchase of goods. Thus, on both of them, approx. Rs. 42 crores claimed and hence, liable to pay the same under section 132 of the Odisha Goods and Services Tax Act, 2017 (“the Act”)

The counsel for the petitioners submitted that the allegations leveled against them in the prosecution report are baseless, which is wholly false, it was argued that petitioner No. 1 was the only employee who dutifully obeyed the instructions and orders of his superiors. Similarly, Petitioner No. 2 was in no way connected with the case as he is the sole owner of Paan shop and had nothing to do with the alleged fraud in any way and is embroiled in the matter only because he is the petitioner. No. 1 has a brother.

It was also submitted that the alleged fraud was committed by someone else and the present petitioners who were mere pawns, were unnecessarily made scapegoats despite not being involved in the alleged fraudulent activities. It is further submitted that the petitioners are duly cooperating with the authorities and have appeared in the OGST offices on several occasions to assist the officers in the investigation, but despite their genuine actions, they have been remanded to custody on 21.12. was granted and he has been in custody since then.

The counsel for the petitioner pointed out that the petitioners have family members who are completely dependent on them and are on the verge of starvation due to the absence of only two earning members in the family, especially in view of the pandemic situation. It was argued that there is no danger of the petitioners running away, as they live in the local area and they will not tamper with the evidence. They should be released on bail to those who have been in custody for more than a year.

The Court held that the denial of bail cannot be used as a way to punish the accused persons before they are actually convicted. In case of heavy damages which is a serious offense, however, the court should not prevent them from extending them on bail if there is no serious dispute. The respondent submitted that the petitioner, if released on bail, would interfere with the trial or tamper with the evidence.

It also cited Sanjay Chandra v. CBI, (2012) 1 SCC 40, which dealt with a case involving pecuniary offenses of a serious magnitude, which touched upon the issue of grant of bail and observed that liberty Deprivation of liberty should be considered as punishment for so long as it is necessary to ensure that an accused person stands his trial when called upon. It further stated that courts are more than verbal respect for the principle that sentencing begins after sentencing and that every person is presumed innocent until duly tried and found guilty. . Again, the indefinite detention of undertrials would be violative of Article 21 of the Constitution

The Court accordingly concluded that having regard to the entire facts and circumstances of the case, especially the fact that both the ‘bread-earning sons’ of a family are in custody for more than a year now, the petitioners There is no justification for detaining him. As a result, it has allowed him to be released on bail on certain conditions.

Ahead of the verdict, the court expressed its concern over the rising number of cases where the real masterminds behind such tax fraud are making pawn scapegoats.
“As a side note, it is observed that more and more such cases are brought to the fore where only pawns that have been used as part of a larger conspiracy of tax fraud are brought under dragnet by the prosecution Perhaps it is time the prosecution would do well to move upstream and “upstream” the parties who are the beneficiaries in these evil conspiracies.”