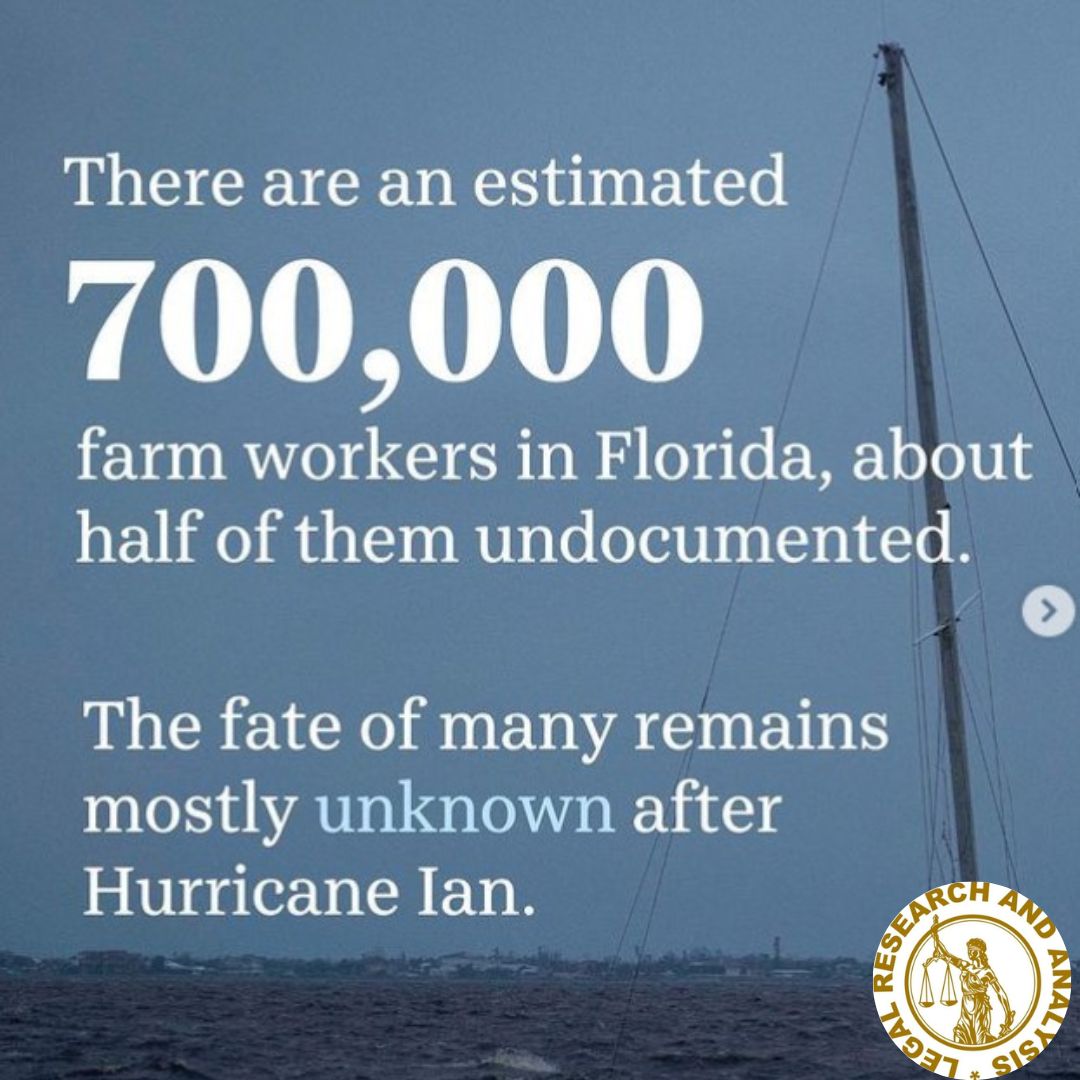 My biggest concern is that they don’t have access to food, power, or information that will help them stay safe, according to Xiuhtecutli. They are vulnerable. Hurricane Ian pounded Southwest Florida neighborhoods on Wednesday.

The fate of many of the state’s migrant workers remained largely unknown Thursday, as advocates and organizers in the storm’s path struggled to reopen shelters and restore phone service.

It was unclear whether or not migrant workers in mobile home camps in the area were evacuated to shelters. Storms in the past have been disastrous for migrant workers.

According to the New York Times, the destructive winds of Hurricane Andrew in 1992 destroyed a migrant camp near Homestead in South Florida, leaving many of its 4,000 inhabitants missing.

Following Hurricane Harvey in 2017, immigrants in the impacted area of southeast Texas reported higher rates of income or job loss as a result of the storm than you.

From southwest to northeast Florida, Ian’s path of destruction is an important agricultural corridor that produces much of the state’s strawberries, peppers, zucchini, squash, and citrus, as well as migrant worker camps, according to Xiuhtecutli.

Hundreds of Haitian and indigenous workers in the area may not understand state or federal workers’ offers of assistance, even if they are in Spanish, he said. Furthermore, many of the workers do not own cars and rely on their employers for transportation, leaving many stranded in disaster zones, he said.

Xiuhtecutli said he planned to travel from his Orlando offices to the afflicted area with two generators and a team to distribute warm meals, hopefully bringing some relief to some of the area’s most vulnerable victims.

The migrant workers are stuck where they are, he said. It’s extremely difficult for them to find a way out during storms like these.