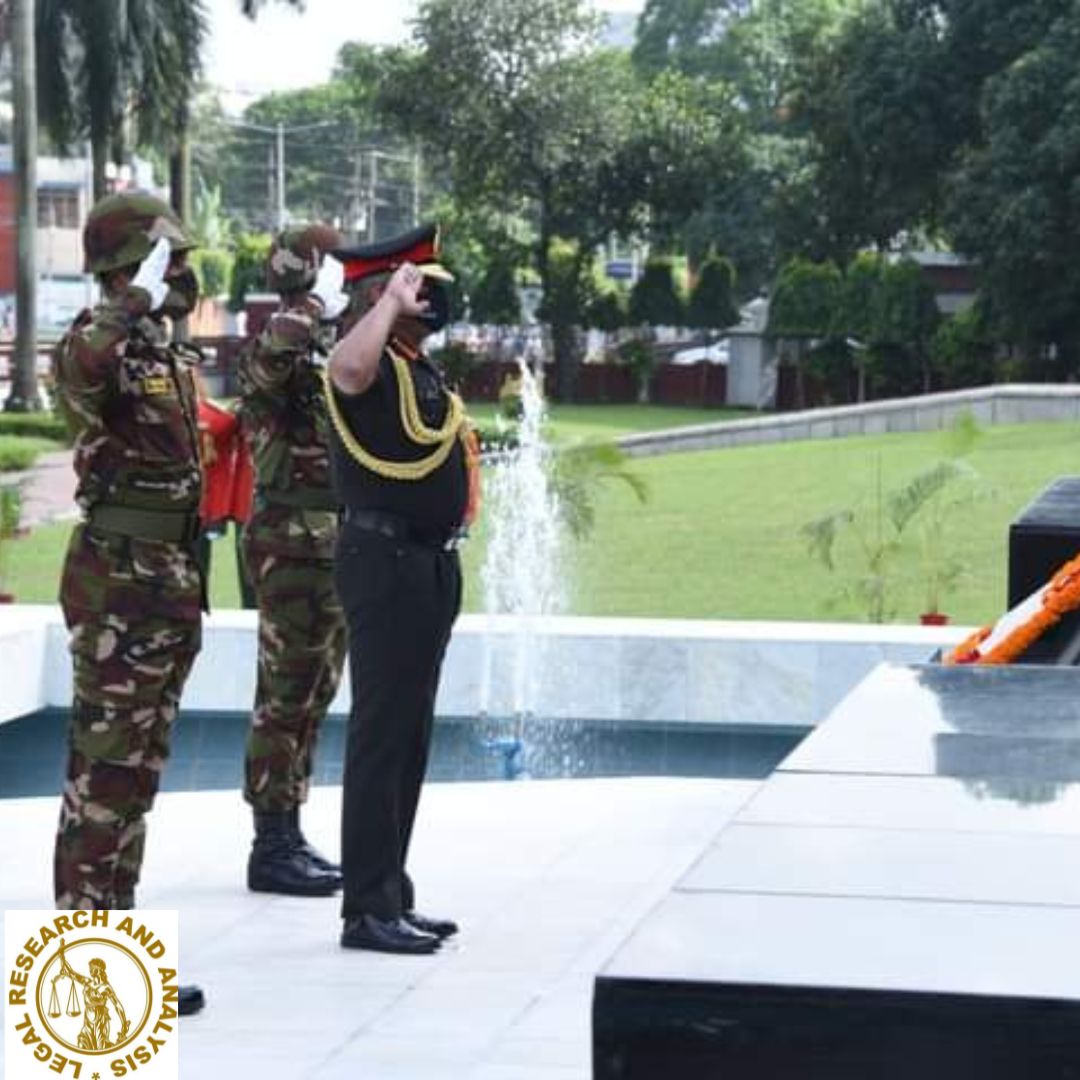 General Manoj Pande, Chief of Army Staff (COAS), paid tribute to the Liberation War heroes by having to lay a wreath at Shikha Anirban in Dhaka.

They discussed how to move the defense interaction between Bangladesh and India forward, according to a tweet from the Indian Army.

The Chief of Army Staff will speak to students and faculty at Defence Services Command & Staff College, Mirpur, on Tuesday.

He will then meet with representatives of the Bangladesh Institute of Peace Support and Operation Training (BIPSOT), a premier Bangladeshi institute that trains peacekeepers for various UN Peace Operations.

This will be accompanied by a visit to the Mirpur Bangabandhu Military Museum. On Tuesday, the Army Chief will also pay a courtesy visit to Prime Minister Sheikh Hasina.

According to a press release issued by the Indian High Commission in Dhaka, the visit of the Indian Army Chief will further enhance the close and fraternal ties that exist between the two countries’ Armed Forces.