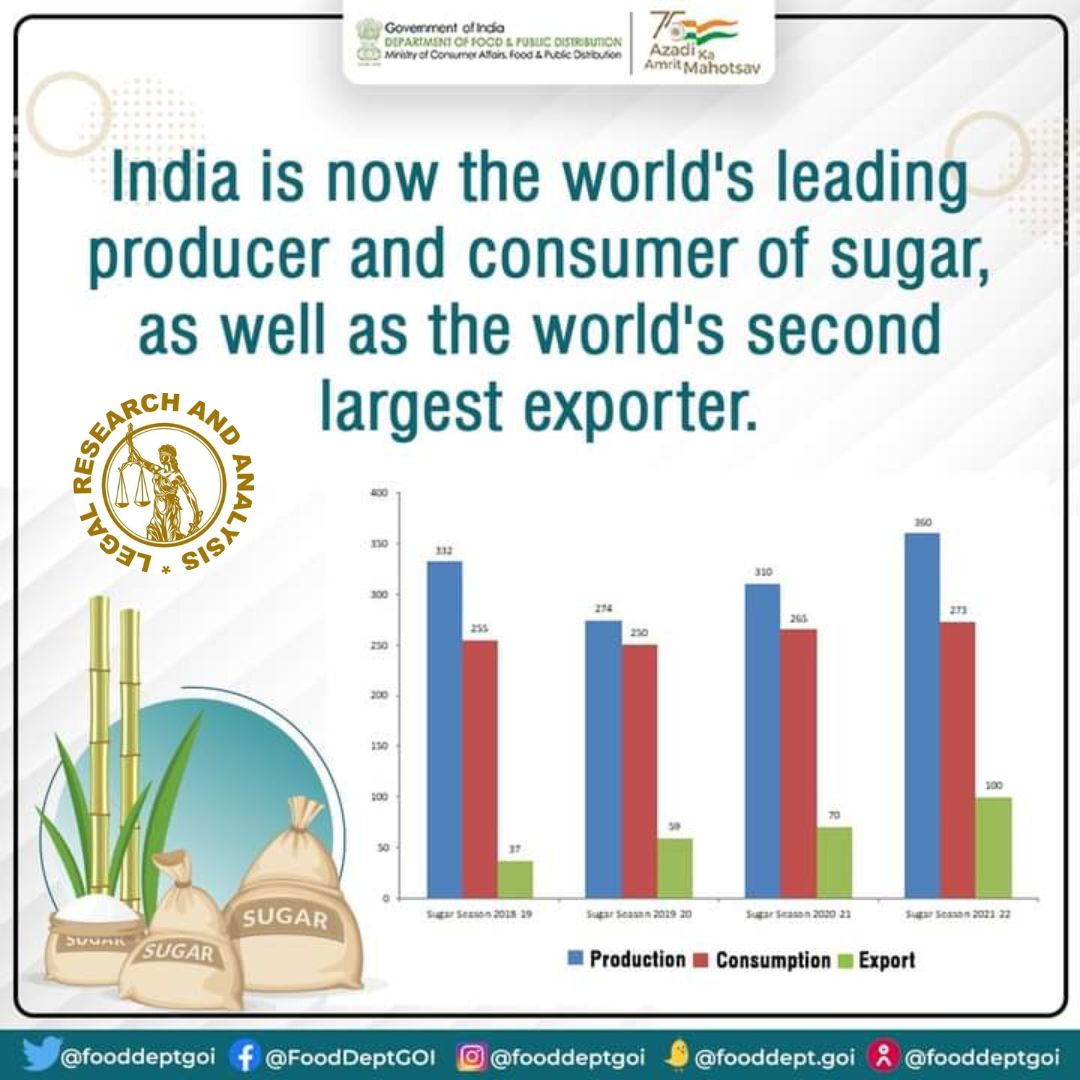 India has emerged as the world’s largest producer and second-largest exporter of sugar. In Sugar Season 2021-22, a record of more than five thousand Lakh metric tons of sugarcane was produced in the country.

Records highest sugar exports of over 109 lakh metric tons have been registered.

The Ministry said supportive international prices and Central government Policy led to this feat of the Indian Sugar Industry. These exports earned foreign currency of about 40 thousand crore rupees.

It said the success story of the sugar industry is the outcome of synchronous and collaborative efforts of Central and State Governments, farmers, and sugar mills with the supportive overall ecosystem for business in the country.